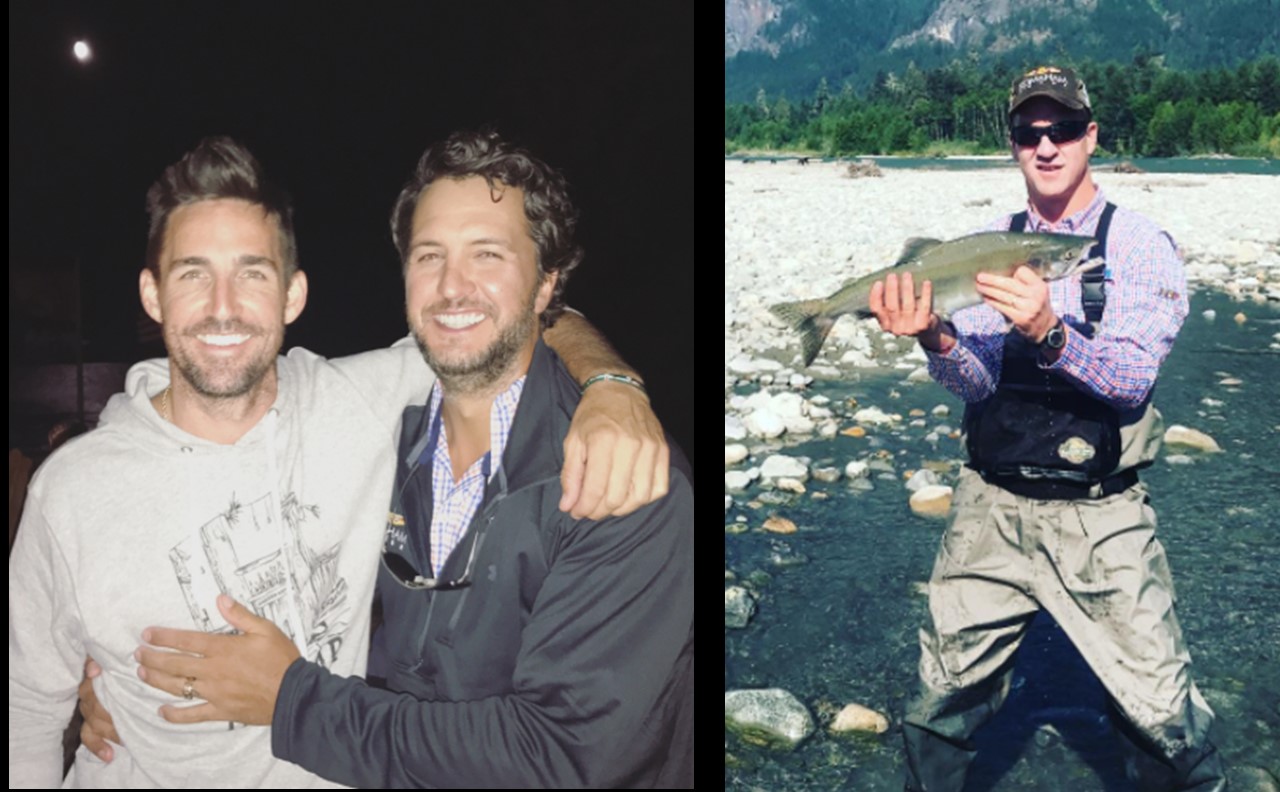 No, this isn’t the start of a joke— country music hit-makers Luke Bryan, Dierks Bentley, and Jake Owen recently visited British Columbia, Canada with retired football great Peyton Manning for some outdoor adventure time. (Peyton seems to be buddies with everyone in Nashville— check out the athlete taking the stage with Cole Swindell here, Kenny Chesney here, and Chris Stapleton here over the years.)

“Work hard, play harder” seems to be the motto for this tight-knit group. Check out some of the photos the group shared via their Instagram accounts below!

Oh to be sitting around that campfire. No lame ghost stories here, just some good tunes.

Yeah, we could get used to that breathtaking view and catching huge trout.

did a lot of LIVING this week. fully recharged. thanks 🇨🇦

Peyton attracted some fearsome friends while out on the river. It’s okay, he’s already beaten the Bears once… in Super Bowl XLI…

should i inform peyton manning of the mama bear and her three cubs approaching from behind? or let him enjoy his moment 🤔#basspro #bassproshops

Luke hauled in a HUGE salmon!

Through his social media posts, Bentley gives a nod to Bass Pro Shop, so the expedition may have been a promotional trip for the company. We don’t care, we’re too busy living vicariously through these four dudes and trying to keep our jealousy in check.

Besides staying true to “Huntin’, Fishin’ And Lovin’ Every Day,” Luke Bryan recently revealed to Taste of Country that he’s 95 percent done with his next musical project. He is in the process of recording vocals this week and most of the tracks for his forthcoming album have been selected. New music from the Georgia native should be heading our way sooner than later!

Additional tour details and information can be found via the official website right here.

Share this star-studded trip with other country music and football fans!