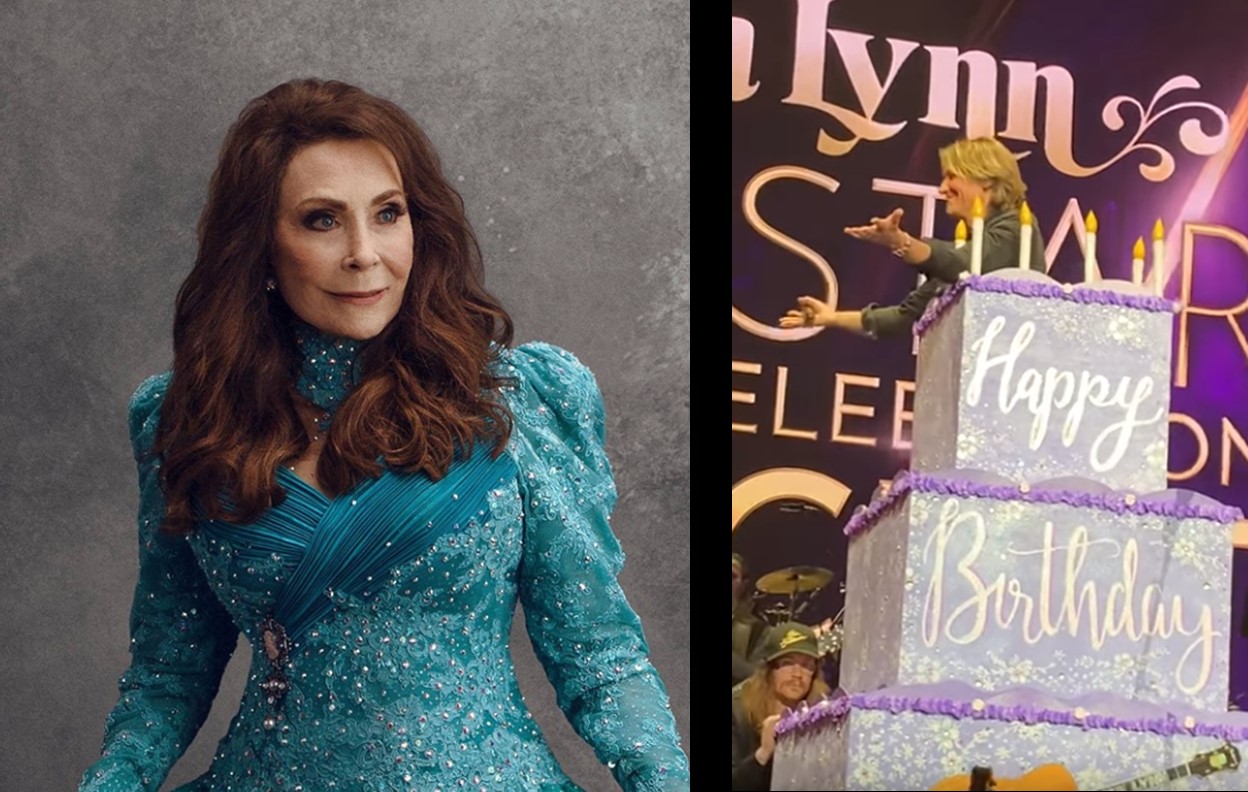 Watch Loretta answer a few questions before her party got started!

What a night, I Love you all.

She is so excited about her first birthday party ever and her very spectacular cake!

“I am so excited to celebrate my 87th birthday with all my friends. This is the first time I’ve ever had a birthday party!” Loretta shared via a press release announcing the show back in January. “My birthday wish has come true. The only other wish I have is that Keith Urban jumps out of my birthday cake!”

Loretta Lynn got both of her birthday wishes and a sweet note from Keith on Instagram!

Miss Loretta- you asked me to jump out of a cake for you- and I would do it again every time ! Thank you for a truly surreal and gorgeous night of music , heart, stories , magic , and LOVE!!!!! HAPPY BIRTHDAY !!!! Love ALWAYS. – KU 📸: @johnshearer

Oh goodness, our hearts! Loretta Lynn had to wait 87 years for her first birthday party, but this one was worth the wait! The legend herself, alongside Tanya Tucker and sister Crystal Gayle, closed out the all-star concert by singing her signature hit, “Coal Miner’s Daughter,” her first major public performance since suffering a stroke in 2017.