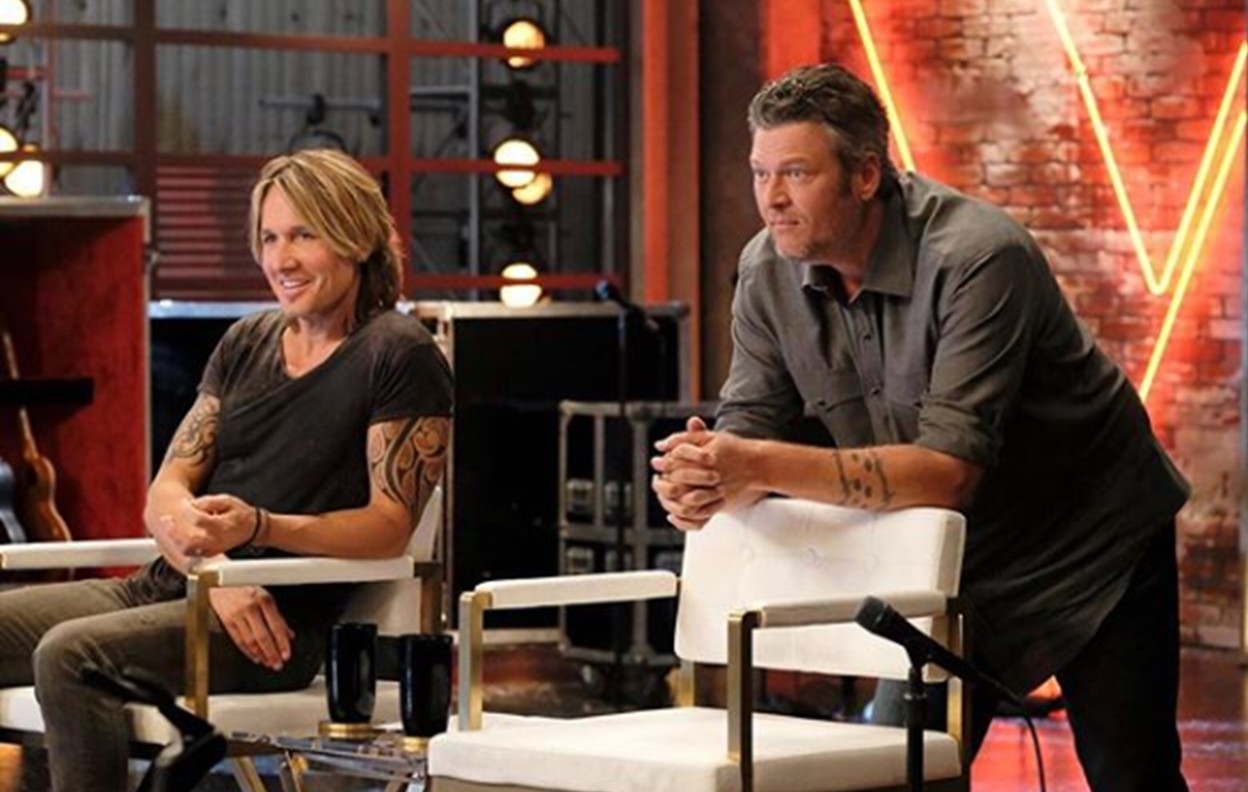 County music singer-songwriter Keith Urban enjoyed getting to know Blake Shelton on a more personal level while on 'The Voice' set! More here.

Although country music superstars Keith Urban and Blake Shelton have a lot in common and attend many of the same events, the stars hadn’t gotten a chance to know each other well. That all changed when Shelton recruited Urban to act as his Battle Rounds advisor for The Voice‘s 15th season.

“I like Blake a lot. I like him even more after spending a whole day with him and getting to know him,” the New Zealand native confessed to multiple media outlets. “I realized I didn’t know him that well. I’ve never really spent any time with him, so I really enjoyed it.”

As fans know, Urban was previously a judge on American Idol and was also a coach on the Australian version of The Voice.

“I had a blast doing it. I love that side of it,” the “Never Comin Down” artist shared about his latest role. “I love being able to try and offer advice, feedback, insight, guidance — anything I can to those guys and girls who haven’t had that opportunity, and haven’t been around people who can give them specific help.”

The latest season of NBC’s The Voice is set to premiere on Monday, September 24th. Kelly Clarkson, Adam Levine, and Jennifer Hudson will be acting as coaches alongside Shelton this time around with Kelsea Ballerini serving as the fifth judge with a very special purpose.

We look forward to watching Keith and Blake interact with each other and with the contestants! Share this update with other fans of the show!