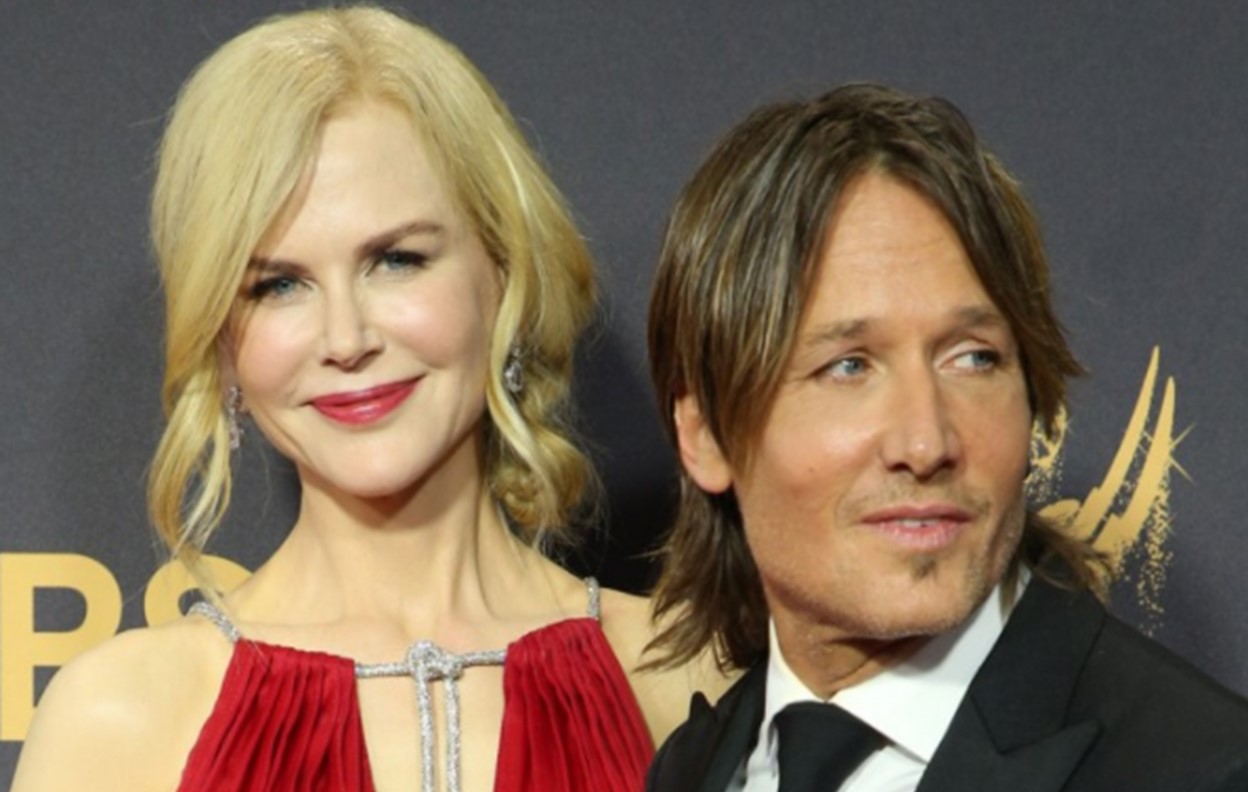 Could Keith Urban and Nicole Kidman possibly be pulling up stakes and moving their family from Nashville to a swanky pad in the Big Apple? More here...

No, no, no. Country music superstar Keith Urban did not purchase a $39 million Manhattan townhouse that once belonged to the late pop superstar Michael Jackson as a surprise for his wife. Rumors that originated via Women’s Day were claiming Urban made the real estate move with the intention of relocating their family to New York City in order to help Nicole Kidman pursue her dreams of performing on Broadway.

Luckily, Nicole quickly shut down this gossip during the Gotham Independent Film Awards, where she accepted the Actress Tribute Award.

“No, no. That’s definitely a wrong rumor, so I’m glad to put it to rest,” Kidman told Extra. “No, we’re staying put in Nashville. It’s a good town for us.”

Whew, Music City can breathe a sigh of relief. Keith, Nicole, and their daughters, Sunday Rose and Faith Margaret, are staying put in their ‘home base’— a 12,000-square-foot mansion in an exclusive gated community.

“We love New York City, but we’ve got our roots in Nashville,” Kidman added.

Like many celebrities, the Urban-Kidman family owns multiple properties throughout the world. According to Variety, the couple owns a penthouse in Sydney, Australia, a 100-plus acre country spread outside of Sydney, a mansion in Beverly Hills, and a duplex condo in lower Manhattan’s West Chelsea neighborhood. (Yes, they already have a place in New York City.)

Nicole’s love for Nashville spans all the way back to when she first started dating Keith and was first introduced to the Tennessee city. The couple officially made their home there in 2007, after getting married in June 2006.

“That country music community is a very warm community,” she shared in a past interview PEOPLE. “It’s very protective. Keith’s been a part of it for decades now. It’s his home, it’s our home.”

Kidman considers herself fortunate to have found love with “a guy that lived in Nashville,” adding, “I was meant to go there. I’m very, very happy to live there.”

As for the pair’s two young daughters, they are true ‘Nashvillians’ all the way.

“They have a southern drawl,” the actress confessed though, they also have a hint of their famous parents’ Aussie accents. “They’re hybrids.”

We’re happy this rumor has no merit and that Nicole was able to set the record straight herself. Share this update with other fans of the couple!