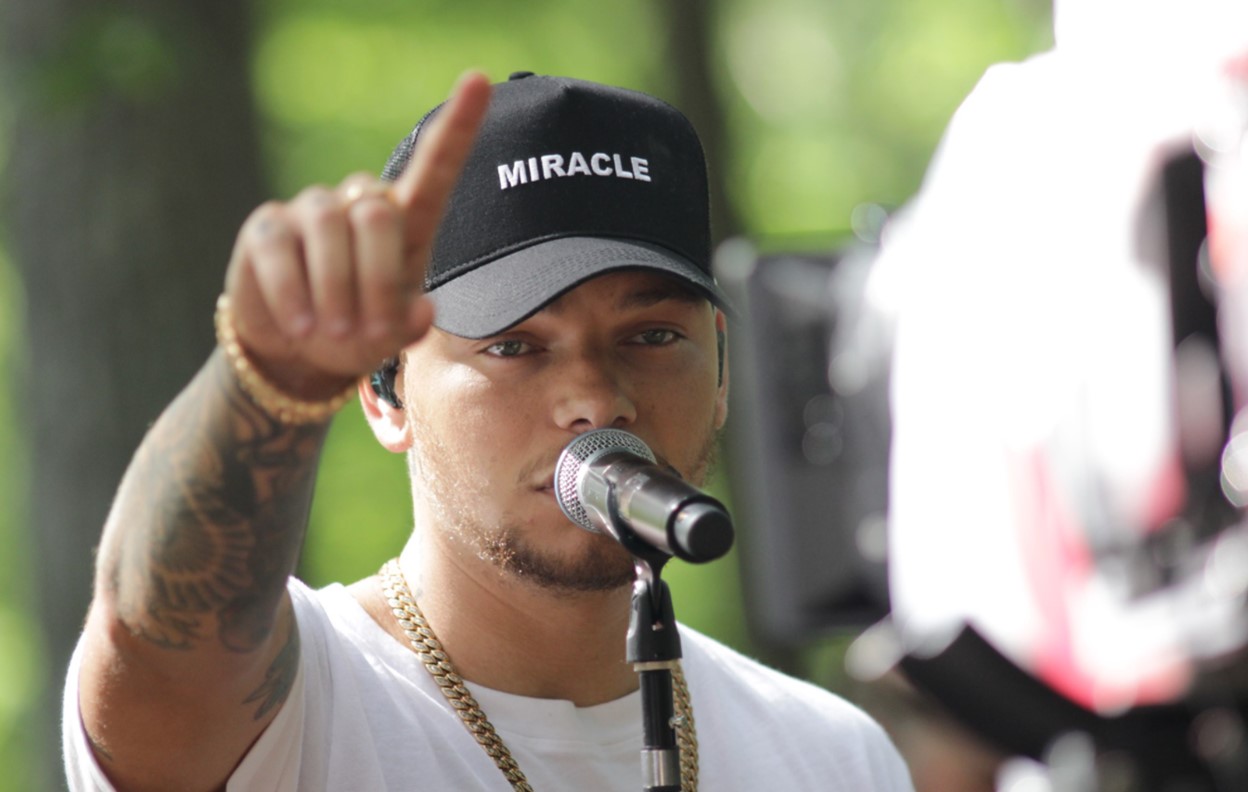 Who is Kane Brown? At this moment, he's one of country music's fastest rising talents! Check out these Kane Brown facts...

Enjoy discovering interesting Kane Brown facts about this rising country music star.  If you are not familiar with Kane Brown’s music, then you haven’t been paying attention. The 28-year-old has risen to the top of the country music industry with his skillful singing and knack for songwriting. This artist is definitely hitting a chord with many country music fans. Brown released his first full-length album, Kane Brown, in December 2016. In October 2017, the Georgia native became the first artist to have simultaneous number ones on all five main Billboard country charts— Top Country Albums, Hot Country Songs, Country Airplay, Country Digital Song Sales, and Country Streaming Songs. The star released his second album, Experiment, in November 2018, which became his first number one album on the Billboard 200. Take a look at more Kane Brown facts and his bio below!

Kane Allen Brown was born on October 21, 1993 in Georgia, but raised in Tennessee. He spent his early years moving from one community to another. Kane’s heritage is diverse, his mother is European-American and his father is African-American and Cherokee. Raised by his single mother, and sometimes homeless, Kane lived in Rossville, Fort Oglethorpe, and Lafayette, Georgia. Eventually, his family settled in Red Bank, Tennessee. While growing up, Kane attended many schools. He sang in choir during his secondary school years, attending Red Bank High School, Ridgeland H.S., Soddy Daisy H.S. and Lakeview-Oglethorpe H.S. It was at Lakeview-Oglethorpe H.S. where he sang in the choir with Lauren Alaina, the season 10 runner-up from American Idol.

Kane Brown grew up listening to country music. He had a brief interest in R&B music during his middle school years. After winning a talent school in 11th grade for singing Chris Young’s “Gettin’ You Home”, he returned to his country roots. Today, he continues to stay true to country music.

Starting out, Kane auditioned for two talent-based television shows, American Idol and X-Factor. In 2013, he was selected for X-Factor, but made the decision to leave when producers wanted to include him in a boy band. Using the power of social media became his new strategy to being discovered.

In 2014, Kane began posting videos of cover songs to social media. Initially, he covered artists such as Brantley Gilbert, Billy Currington, and Alan Jackson. His viewing audience multiplied after covering Lee Brice’s “I Don’t Dance.” Then, on September 30, 2015 he released his cover of  George Strait’s “Check Yes or No.” This video went viral with over seven million views and his Facebook followers grew to over a million.

2) He almost joined the Army, but decided against it when they told him that his tattoos would have to be removed.

4) Sadly, Kane’s father has been incarcerated since 1996.

6) The star lists his mother and his grandmother as his personal heroes.

7) His favorite college football teams are Georgia and Kansas State. When it comes to the NFL, it is the Carolina Panthers.

8) Kane never wants to perform his early single “Don’t Go City on Me” live. He thinks it is too ‘cheesy.’

10) Kane and Katelyn first met at a Topgolf location in Florida. At the time, she had no idea who he was…

11) When Kane popped the big question to Katelyn in 2017, he proposed while the pair were watching The Amityville Horror movie.

12) So far in his career, Kane has released two studio albums and fourteen singles.

Share these Kane Brown facts with other country music fans!