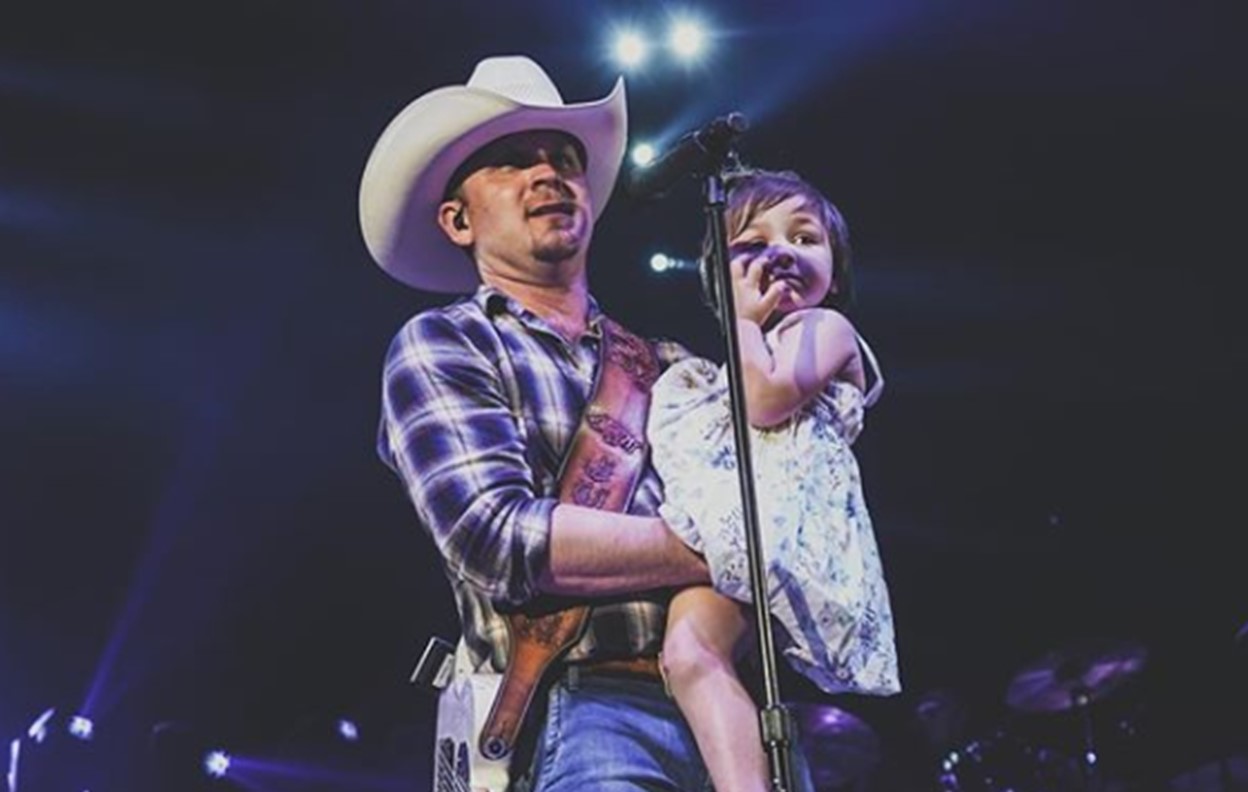 Justin Moore gives his best advice about being a dad and handling fatherhood! Check out what the father of four kids has to say!

Justin Moore‘s best advice about being a dad? “Be involved in your kids’ lives,” the country singer tells Taste Of Country. Family time is a top priority in the artist’s life. He just recently moved into his new home with wife Kate and their four kids. The “Somebody Else Will” singer and his family have now live next to his parents back in the star’s hometown.

Moore admits that he is always learning about fatherhood from his children Ella Kole (born in 2010), Kennedy Faye (born in 2011), Rebecca Klein (born in 2014), and Thomas South (born in 2017). He tries to refrain from pushing his dreams and interests on his children and wishes for them to pursue whatever it is that they desire. Though Justin loves team sports, he has learned to be more than accepting of his middle daughter’s wishes to be a ballerina. “I’ve learned that it’s not about what I want them to do it’s what they want to do and supporting them in that,” the country singer shared with the outlet.

Justin also mentions that he will always help his kids in pursuing their interests and has served as a softball coach for his eldest daughter’s softball team. As stated earlier, he follows the “stay involved in your kids’ lives” motto.

The singer’s Instagram account is filled with precious pictures of his little ones. It’s no secret how much he loves them! Watch this adorable video that Moore posted telling viewers what he loves most about being a father.

When the singer isn’t spending time with his family, he’s on the stage! Check out his schedule below.

Share Justin’s fatherly advice and what he loves most about being a dad with other fans!