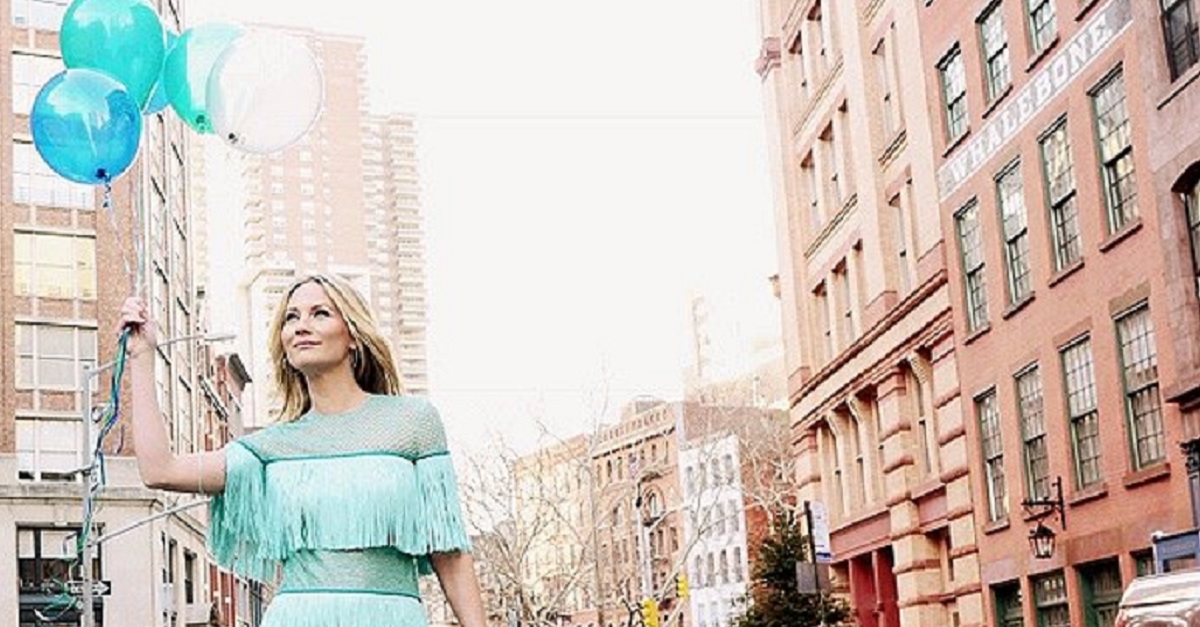 Get to know more about Country Superstar, Jennifer Nettles here.

Jennifer Nettles is a highly successful singer, songwriter, actress and mother.  She is most known for being half of the powerful duo group Sugarland.  See how much you know about Jennifer Nettles below.

Country superstar Jennifer Nettles has won five awards for her amazing songwriting.  Her #1 PLATINUM hit “Stay” that also earned Jennifer GRAMMY®, ACM and CMA Awards.  Jennifer was the first female artist to be the solo songwriter on an ACM Song of the Year winner since 1972,  Jennifer had a busy 2016 releasing two critically-acclaimed albums – PLAYING WITH FIRE and TO CELEBRATE CHRISTMAS.  In 2015, Jennifer made her Broadway debut as Roxy Hart in the Tony Award-winning, record-breaking musical Chicago. She reprised her role as Dolly Parton’s mom Avie Lee Parton in the holiday-themed sequel Coat of Many Colors, Christmas of Many Colors: Circle of Love. Jennifer also played a lead role on the inaugural season of American Supergroup, serving as a celebrity judge alongside Elle King, Aloe Blacc and Jason Scheff. Most recently, she starred as Donna in the Hollywood Bowl’s summer production of Mamma Mia!.   See how many questions about Jennifer Nettles you can answer below.

Jennifer Nettles and Todd Van Sickle at the 2011 ACM Awards

3.  Does Jennifer Nettles have kids?  On June 18, 2012, Nettles and her husband (Justin Miller) announced they were expecting their first child in November.  The couple welcomed their son, Magnus Hamilton Miller into this world on December 6, 2012.   Jennifer’s baby boy is growing up fast.

4.  What is the name of Jennifer’s Band?  Jennifer has participated in a few bands.  In her early career, Jennifer Nettles fronted for the Band Soul Miner’s Daughter that performed as both an acoustic duo and with a band, they released two albums: “The Sacred and Profane” in 1996 and “Hallelujah”.  In 1999, she formed the Jennifer Nettles Band that released 5 albums (three studio albums and two live albums).  She later formed her most successful band Sugarland with Kristian Bush and Kristen Hall in 2003, In 2006, Kristen Hall left the group and Jennifer found success as a duo with Kristian Bush.  Read more on Sugarland below.

6.  Is Sugarland still together?  Musician Jennifer Nettles remains the lead vocalist of Sugarland.  The popular duo has collaborated with Taylor Swift and Bon Jovi.  The Sugarland duo is still going strong and making more magic.

#fbf to this shot from the @cma awards. I love this photo because we look like grown adults, which I guess we are;-) @kristianbush @sugarland 📷: @josephllanes

7.  What is Jennifer’s most popular song?

Jennifer has many popular songs.   Her solo song “That Girl” peaked at #5 on the Billboard Country Music chart.  One of her most popular solo Music Videos is “Unlove You” released in 2016 with over 18M views as of September of 2022..

8.  What is Jennifer Nettles Net Worth? – Jennifer’s net worth is reportedly around $20M.  Given her successful solo albums and the strength of Sugarland performances, this is a believable number.

10.  What is Jennifer’s Cookbook?   Yes, Jennifer has her very own cookbook Sweet, Savory and Simple that was co-authored by Nettles and her mom Carla Temple.

Here is Jennifer Nettles pictured with Mom and Dad.   Jennifer also has several posts with her mother on her Instagram page.

In April 2016, she had a role on the WGN America series Underground. Her role was as a wife and mother who became a mental patient.  In September 2018, Nettles announced that she had joined the cast of Harriet directed b Kasi Lemmons.

Remember to share this with other fans of Jennifer Nettles and Sugarland.
View Comments (0)
Country Fancast ×