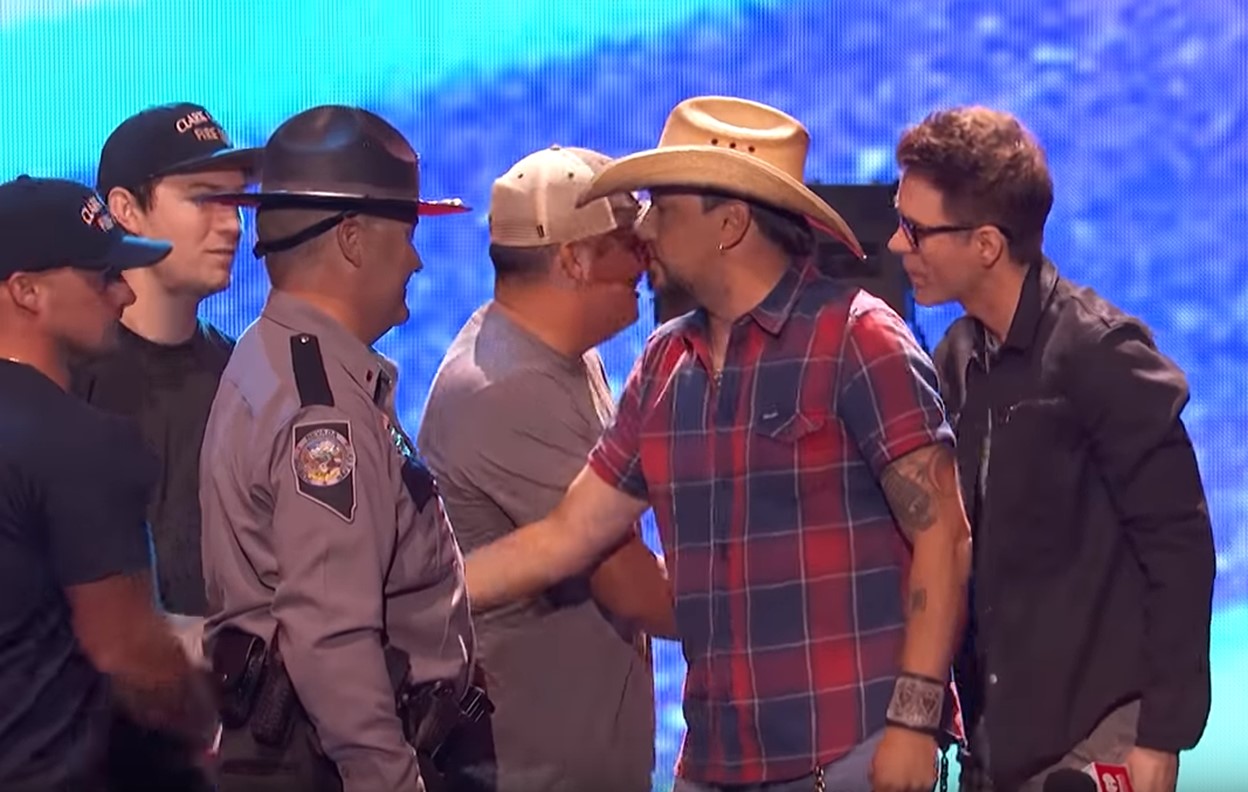 Nearly a year after the Route 91 Harvest Festival mass shooting, Jason Aldean got the chance to thank first responders personally in Las Vegas.

“On behalf of myself, my family and my family in the country music community, I want to say thank you to the city of Las Vegas for your courage, strength and kindness,” Aldean shared with the crowd while standing alongside some of the first responders who were present during the aftermath of the violence. “Tonight, we are all proud to be Vegas Strong.”

Watch the touching tribute below!

Besides helping to present a special video honoring the victims, the Georgia native also performed later during the event.

“Being back in Vegas this close to the anniversary of it, it’s, at times, a little weird,” the star shared with reporters backstage, adding, “in another sense, it’s nice to be back.”

Aldean also admitted that the memories from his experience during that fateful night are becoming more vivid as the first anniversary of the event gets closer.

“Every year October 1st rolls around that’s going to be something we remember and that sticks with us from now on… It’s a day that’s hard to forget.”

As fans can recall, Aldean was performing his headlining set onstage when the shooting began. The artist, his pregnant wife Brittany, and his crew where able to take cover while chaos broke out all around them. Shortly after the shooting, Aldean and his wife returned to Las Vegas to visit victims in the hospital.

Following the attack, the artist canceled shows immediately following the shooting out of respect for the victims, but later resumed his tour. He also made a memorable appearance on Saturday Night Live, where he performed a powerful cover of Tom Petty and The Heartbreakers’ “I Won’t Back Down.”

“This week, we witnessed one of the worst tragedies in American history. Like everyone, I’m struggling to understand what happened that night, how to pick up the pieces and start to heal,” Aldean said. “So many people are hurting. There are children, parents, brothers, sisters, friends, and they are all part of our family. So I want to say to them: We hurt for you, and we hurt with you. You can be sure that we are going to walk through these tough times together, every step of the way. Because when America is at its best, our bond and our spirit are unbreakable.”