Flashback: Jason Aldean Performs “I Won’t Back Down” Route 91 Tribute 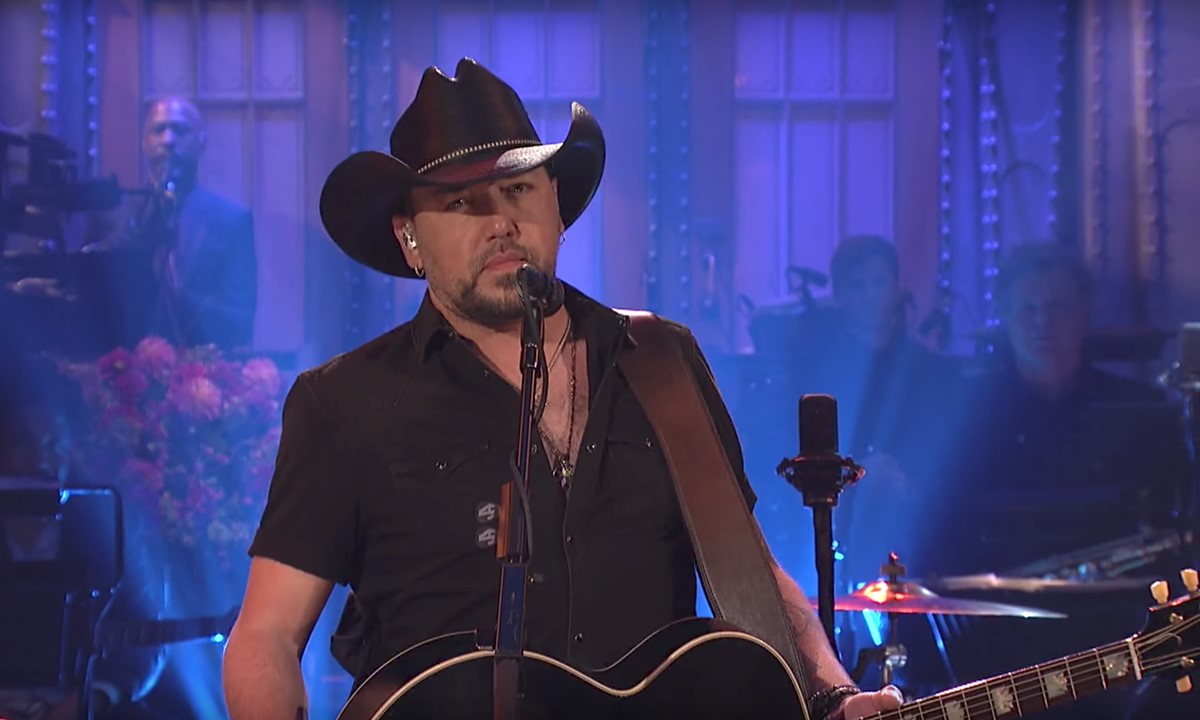 On October 7, 2017, country music star Jason Aldean performed on Saturday Night Live and treated the audience to a special cover of Tom Petty and the Heartbreaker’s “I Won’t Back Down.” It was a surprise performance, considering Sam Smith was the original music guest for the night. However, Aldean used his appearance to make a statement about the mass shooting in Las Vegas on October 1st and pay tribute to Petty, who passed away on October 2nd.

Prior to his performance and wearing all black, including his cowboy hat, Aldean addressed the pain that many people are feeling after the tragedy at the Route 91 Harvest Festival. He spoke to those in the SNL live studio and those watching on TV from home to emphasize the need to come together to get through this hard time.

“This week, we witnessed one of the worst tragedies in American history. Like everyone, I’m struggling to understand what happened that night, how to pick up the pieces and start to heal,” Aldean said. “So many people are hurting. There are children, parents, brothers, sisters, friends, and they are all part of our family. So i want to say to them: We hurt for you, and we hurt with you. You can be sure that we are going to walk through these tough times together, every step of the way. Because when America is at its best, our bond and our spirit are unbreakable.”

On October 1, 2017, a gunman in Las Vegas’ Mandalay Bay opens fire on 22,000 fans at the Route 91 Harvest Festival amid Jason Aldean’s performance of “When She Says Baby,” killing 58 people and injuring 500.  Aldean was on the Route 91 Harvest Festival stage when the violence began in Las Vegas. His pregnant wife, Brittany, was also at the festival with him, but fortunately, the couple and their crew were unharmed. . Also at the concert, but unhurt, were Jake Owen, Luke Combs, Chris Young and The Josh Abbott Band

In response to the event and out of respect for the victims, families and fans, Aldean canceled three tour dates scheduled for Oct. 6, 7, and 8. His They Don’t Know Tour then resumed on October 12th.

Listen to Jason Aldean’s “I Won’t Back Down” performance below.

Three years after surviving the horrific event, Jason Aldean told Access Hollywood, “This time of year, it’s always something that’s kind of in the back of our mind. I mean, you just– you’ll never forget it.” The star also explained that the best way to honor the memories of those lost is to continue to perform: “It’s easy to crawl up in a corner and not come out, you know? It’s a lot harder to get up and get back out there and do what you do.”

Share Jason’s stunning “I Won’t Back Down” cover with other country music fans and never forget those impacted by Route 91.