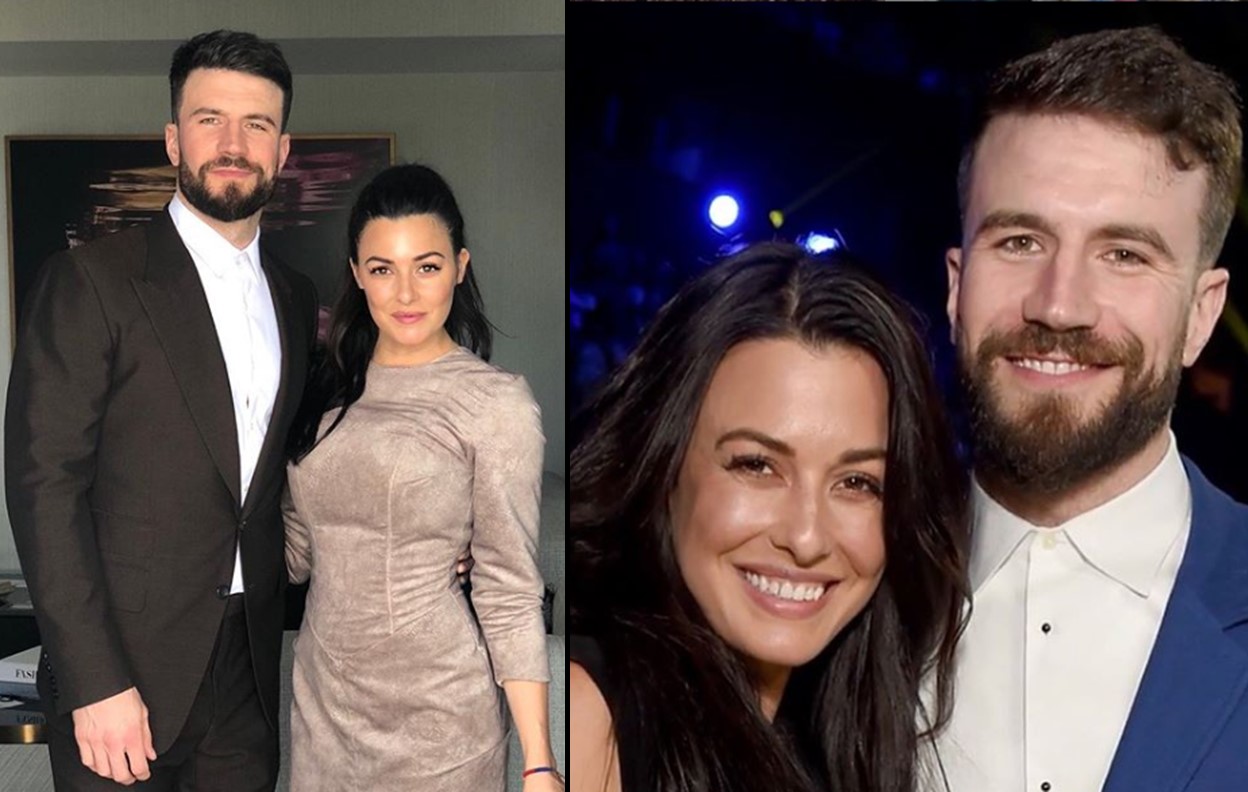 Country singer Sam Hunt and longtime love Hannah Lee Fowler have been married for over three years. Get to know the brunette beauty here!

Country music star Sam Hunt and wife Hannah Lee Fowler first became an item over ten years ago, around the time Hunt graduated from the University of Alabama at Birmingham in 2007. The pair’s on-and-off-again romance rekindled sometime in 2016, though it’s unclear exactly when they officially reunited. Hannah made her mysterious public debut via Sam’s Instagram account in August 2016. That fall the couple jetted off to Israel where they quickly became engaged, though they waited to share their news until January 2017.  Hannah Lee Fowler is 32 years old (born on October 27, 1988, in Montevallo, Alabama USA).  Sam Hunt is 36 years old (born December 8, 1984).

On April 15th, 2017, Sam and Hannah tied the knot in Hunt’s small hometown of Cedartown, Georgia. The intimate ceremony was held at the town’s Methodist Church and was attended by roughly 150 of the couple’s closest family and friends. The reception afterward was held at a venue called In the Woods in Rockmart, Georgia.

So who is the elusive Hannah Lee Fowler? As reported by E! News, she’s a nurse from Montevallo, Alabama who is also the oldest of seven children— Joshua, Rebekah, Sarah, Jonathan, Elizabeth, and Daniel. Her mother is Linda Fowler and her father, Scott Fowler, is a pastor at the Spring Creek Cumberland Presbyterian Church in her hometown. Hannah is very involved in humanitarian work and has traveled the world to help others.

“While I was in Nashville trying to get things going with music, Hannah was providing medical care to Hondurans during the 2009 coup,” Sam shared in late 2017 on social media. “She was working in Syrian refugee camps and delivering Kurd babies in northern Iraq during the 2014 elections. She spent time in Israel where she helped with a feeding program and worked with Holocaust survivors.

“Her heart for humanity is one of the things I admire most about her but she’s put her ambitions on hold to be with me for the past year and a half. This winter, thanks to the people who’ve supported me and my music, I’m able to go with her and be a part of her dreams as they’ve become mine. If you’ve ever bought a record or come to a show, God bless you for giving us this opportunity,” the star continued about joining his wife on a volunteer mission in Honduras.

Played some new songs at 3rd and Lindsley Tuesday night

As fans well know, Hannah inspired much of Sam’s debut Montevallo album and remains very involved in his music.

“I run everything by her and make sure to get her sign-off,” Hunt recently shared with People. “I’m not sure that I’m honest to the point that I need to run it by anybody other than my wife. She’s really big on authenticity, so sometimes I can get a little too big for my britches and write songs that are outside of my character. Not only my literal character, but even the character I might be able to pull off in a song. She cares to keep me honest when it comes to that as well, even when she’s not involved in the song.”

When Hannah feels that Sam isn’t being truthful enough, she lets him know.

“If I’m trying to do too much or getting out of my lane, she’s like, ‘Nah, you can’t go there, you need to dial it back in,'” the star explained.

As far as their married life, being together more due to the COVID-19 pandemic has actually helped their relationship.

“We’ve grown a lot, and we’ve had a lot of great conversations because there’s nothing else to do but talk,” Hunt admitted. “We’ve worked a lot of things out that we’ve brushed under the rug, so that’s been great.”

Share this look at Hannah Lee Fowler with other Sam Hunt fans!