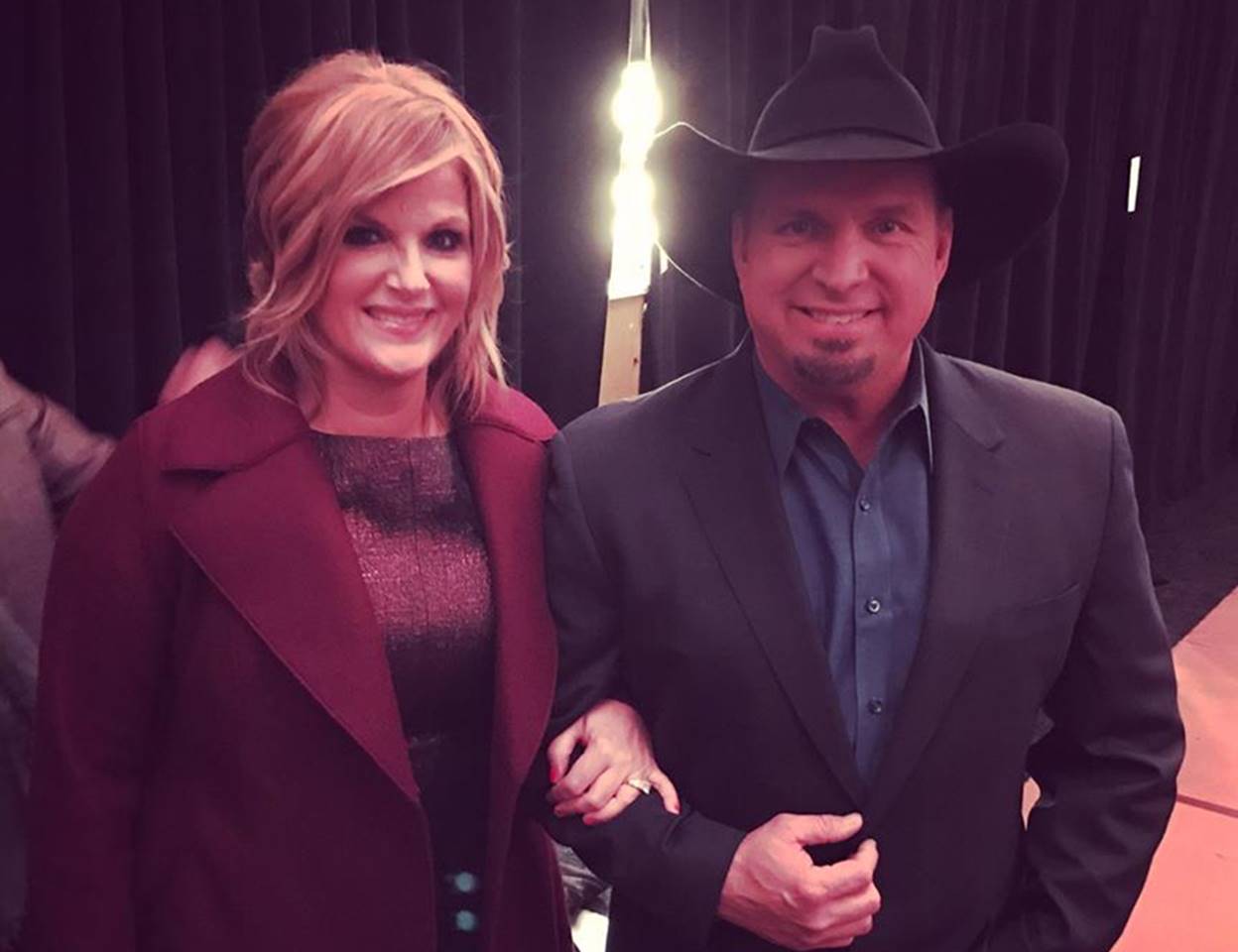 Garth Brooks' wife Trisha Yearwood and his three daughters were the subjects of a recent interview with the superstar. Watch here!

While making an appearance on The View, country music hit-maker Garth Brooks got personal and discussed wife Trisha Yearwood and how the pair raised three daughters from his previous marriage to Sandy Mahl.

As always, Garth gushed about his wife of almost eleven years and named off her best attributes— smart, witty, and gorgeous to boot. Enjoy his full interview below!

“We built a new house for Ms. Yearwood and the girls and this house was a fun house to play in, and the girls shared one bedroom… All three of them shared one bedroom. There’s like four guest bedrooms empty,” he explained. “And they’re like ‘Why?’ It’s ‘cause I shared a bedroom with five brothers. Every night… They hate it. And every night you hear ‘em in there and they’re cackling and laughing and you scream through the walls, ‘Girls! Gets some sleep.’ It’s quiet and then you hear it starts again. That’s the best times in your life.”

We love hearing Garth talk about his family. Obviously there’s a lot of love there and absolutely no regret about taking time off to raise his girls.

While on the show, Garth treated the audience to a performance of “What I’m Thankful For (The Thanksgiving Song)” which was written by Trisha and is featured on their new holiday duet album, Christmas Together, as a collaboration with James Taylor.

Brooks’ live performance of the tune starts at the 5:00 minute mark in the clip below.

As a reminder, Garth Brooks and Trisha Yearwood’s Christmas Together and Brooks’ brand new studio album Gunslinger are now available for purchase!

Share this insightful interview with other fans of the Oklahoman!