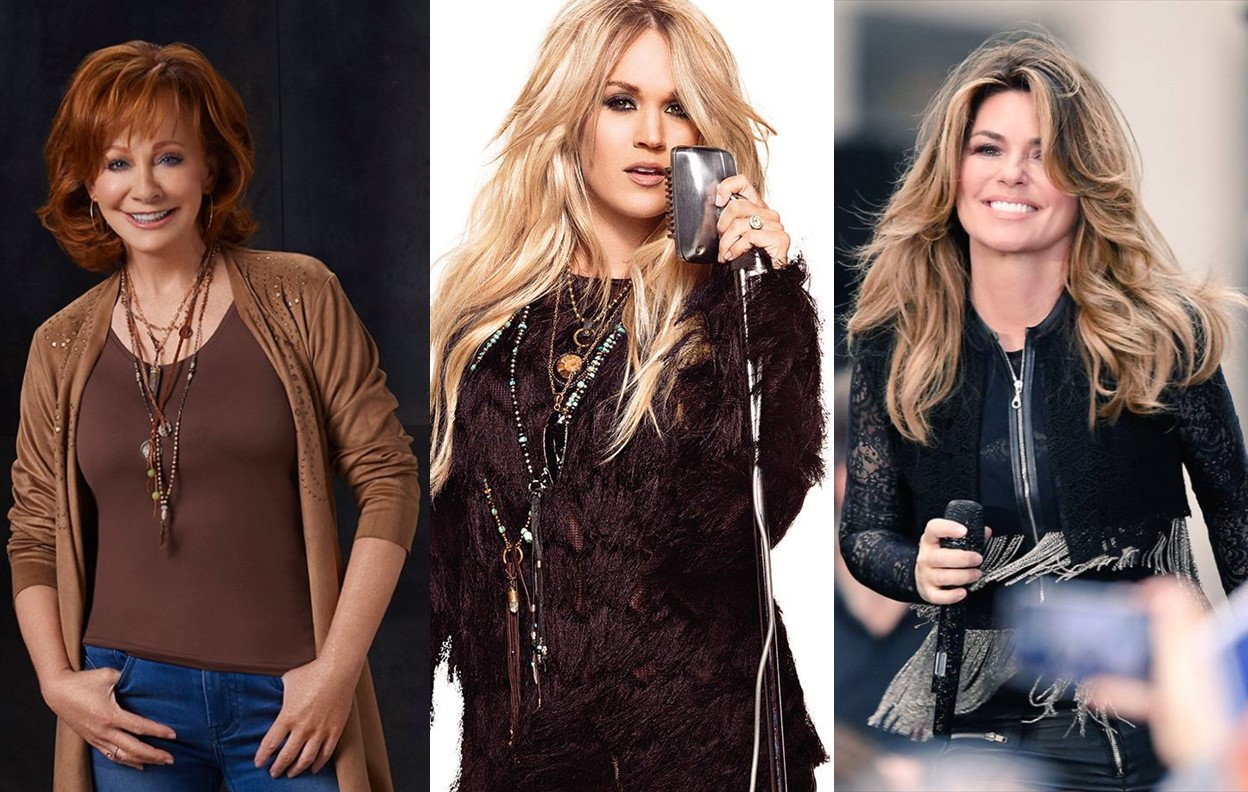 Check out the five top-selling female country music artists of all time. Look for your favorite talented hit-maker right here...

In honor of our favorite female country music artists, we have composed a list of the top five best-selling female country artists in the genre’s history. Check out the rankings below!

Carrie Underwood’s list of accomplishments is among the best in the entire music industry. The gorgeous 35-year-old has already won 7 Grammy Awards, released six platinum albums and recorded 26 No. 1 singles. Oh yeah, she won American Idol too! Not only is she an incredibly popular country music artist, Underwood is also a remarkable mother and wife. The Oklahoma native is happily married to NHL star Mike Fisher, and together the pair raise their 3-year-old son, Isaiah Michael Fisher.

Linda Ronstadt was born in Tuscon, Arizona, in 1946. Throughout her life, Ronstadt has recorded songs from numerous genres such as country, latin, jazz and rock. Before retiring in 2011, the 71-year-old had won 11 Grammy Awards. In 2012, she was diagnosed with Parkinson’s disease. Keep Linda Ronstadt in your prayers!

What hasn’t Reba McEntire done? The “Fancy” singer helped pave the way for female country stars by winning 14 ACMs, 7 CMAs and 3 Grammys. Throughout her remarkable career, Reba has recorded 19 platinum records! McEntire deserves a round of applause from everyone for her efforts to jump-start female country music careers.

Thanks to everyone for all the love and support of #SingItNow! #Grammys #BestRootsGospelAlbum

Although she has move on from country music, Taylor Swift is still included on this list because she used to dominate the country music charts. No matter what, the 28-year-old’s accomplishments are incredibly impressive and practically unprecedented. She has already won 10 Grammys, 12 CMAs and 8 ACMs! Looking forward to Swift’s future! Maybe she will make a return to country music?

Shania Twain has a star on the Hollywood Walk  of Fame. If that doesn’t say enough about her success as the “Queen of Country Pop,” maybe her five Grammys will convince you. Also, Twain holds an impressive record. No other female artist has had three consecutive albums certified diamond by the RIAA.

A huge shout out these talented women and the impact they have made on the genre!