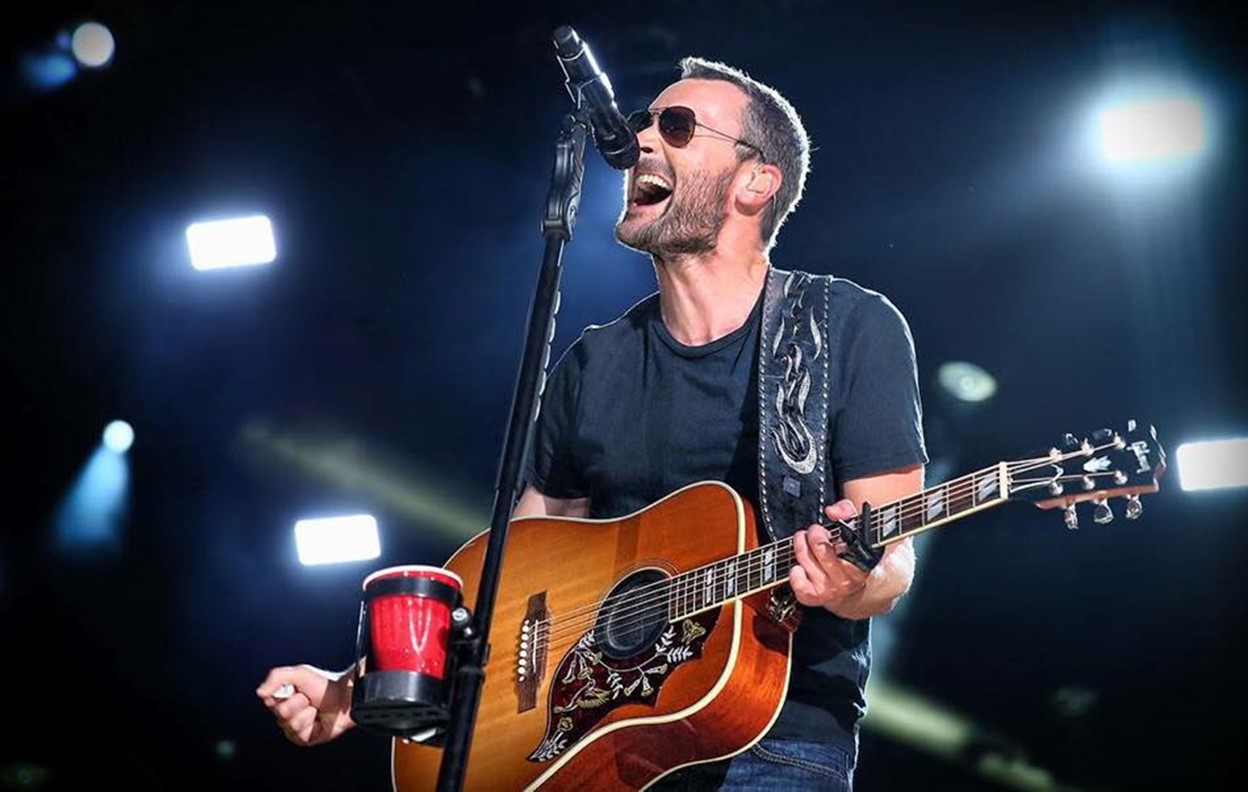 Country music star Eric Church's songwriting has always been true to his own creative vision. More on the singer-songwriter here...

Country music star Eric Church‘s songwriting approach always aims to make a lasting impression on listeners, no matter what types of songs are topping the country music charts at any given time.

“I try to put myself in the most uncomfortable situations,” Church shared about his songwriting strategy during the 2020 Country Radio Seminar (via CMT). “I make sure it’s hard, and make sure it’s left-footed. For me, it’s about chasing that thing that’s really hard to catch. It’s elusive.”

No matter overall chart performance, the 42-year-old’s brutally honest tracks have struck a chord with his legions of fans.

While raking in No. 1 hits would be nice, Church isn’t focused on just that indicator of success.

“No. 1 songs, at least for me, only line up every now and then where you have a song that creatively is what I want it to be and then it turns into a big commercial hit. That doesn’t happen all the time. But then you’ll have a song like ’Creepin” which doesn’t go top ten. But these songs leave an impact even though they didn’t go up the charts. ’Desperate Man’ was one, because I knew it was gonna blow people’s hair back because it was weird and odd. I wanted that. It was — to this day — if you walk up to somebody who is one of our fans, and say where did ’Desperate Man’ go on the charts, they would all say, ’No. 1, absolutely.’ Those people think I have like 30 No. 1s,” Church pointed out.

The North Carolina native is focused on growing as a songwriter and performer while relying on his passion to carry him through. For Church, it’s not all about chasing commercial success— he’s seen plenty of artists hit the top and then fade into the background. He’s been in the business long enough to realize that thinking long-term will pay off.

“It rattled me at times, early on. We could’ve put out singles, but I didn’t want the best radio song. I wanted songs that best defined me. That told my story. It’s like a book. You can’t figure out what the story is by reading one chapter. You’ve gotta read the whole book. Songs are like chapters. For me, everything I’ve ever done has been album based. I’ve never been able to play somebody a song and get them to get me. ’Two Pink Lines’ was a choice we made, because I’d never heard that subject matter, and we’ve done that our whole career. I loved the noise of ’The Outsiders.’ It debuted at No. 26 and that’s as high as it got, and I’m proud of that. You never know what’s coming. It’s about chasing things to different places,” Church admitted about the early days of his career and how he now feels.