Eric Church Prepares to Kick Off Next ‘Double Down Tour’ Leg 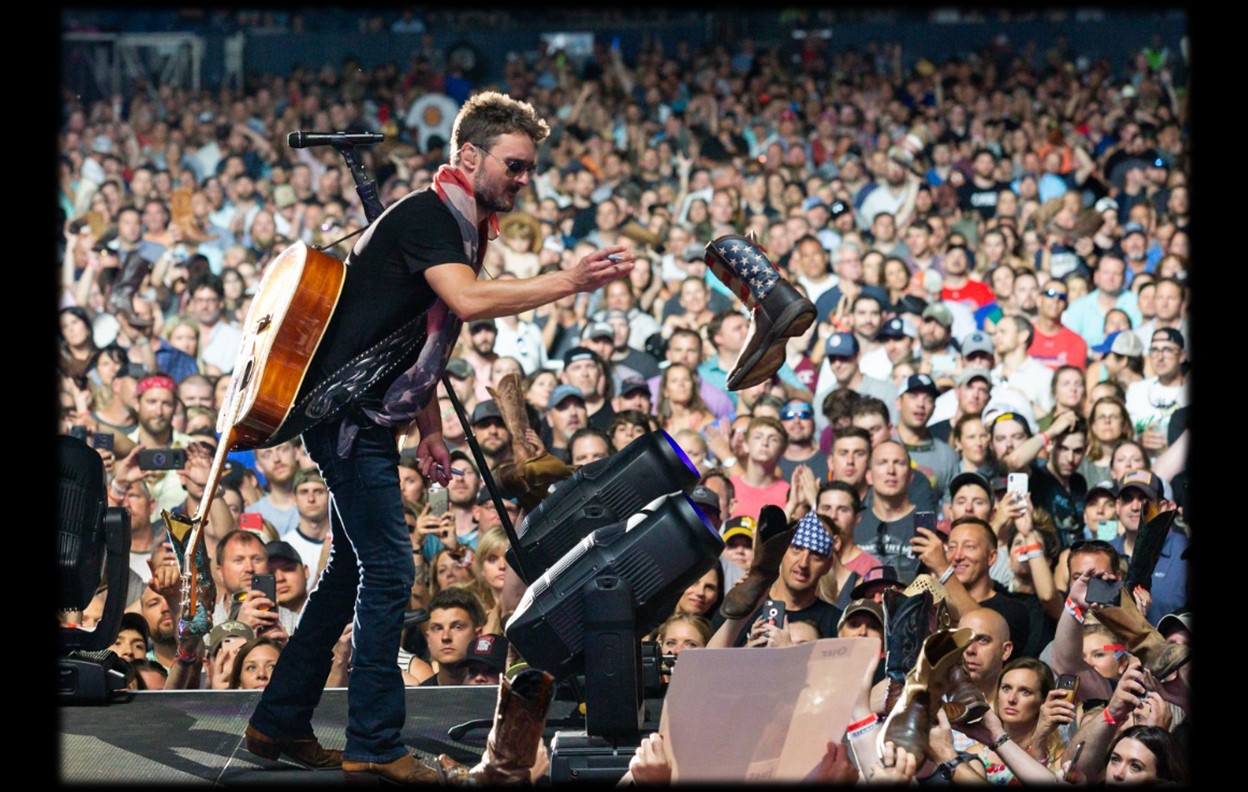 Country music singer-songwriter Eric Church's 'Double Down Tour' is about to start up again! Check out the tour schedule here!

Country music superstar Eric Church is ready to launch the next leg of his Double Down Tour September 13th and 14th in Green Bay, Wisconsin!

“I feel like from now on, I hope that we can focus on those people that come one night of the year that they’ve traveled however many miles, they want to hear ‘Round Here Buzz,’ they get to hear ‘Round Here Buzz,’ and I still want it to be unique. I want it to be different, but I don’t know if I did another tour like this. I think that the Double Down Tour was as far as I want to go from a challenge point,” Church shares. “I love that we did it. I love that it was a success. I love that there were people that came to both nights and go it. There were people that came to one of the two nights and got it, but at the same time, it’s not something I would do again. I think that’s good. I think that if you’re a fan, you got to see something that – we stretched and you’re not gonna get to see it again. I’ve been to some of those shows before, a fan of artists, and I knew that I was not gonna see this again. For the Double Down Tour, they saw something they’re never gonna see again.”

The star’s Double Down Tour began earlier this year and features Church performing two nights in a row in the same city, with different set lists. During the previous leg of his Double Down Tour, he brought his show to Nashville’s Nissan Stadium (home of the Tennessee Titans) performing over three hours and nearly 40 songs, setting a new attendance record with 56,521 people, breaking the previous record set by Taylor Swift in 2018.

2019 is looking like another Record Year thanks to the Double Down Tour. We still don’t know how you get all that vinyl into the shows but thank you!

Share this Double Down Tour update with other country music fans!