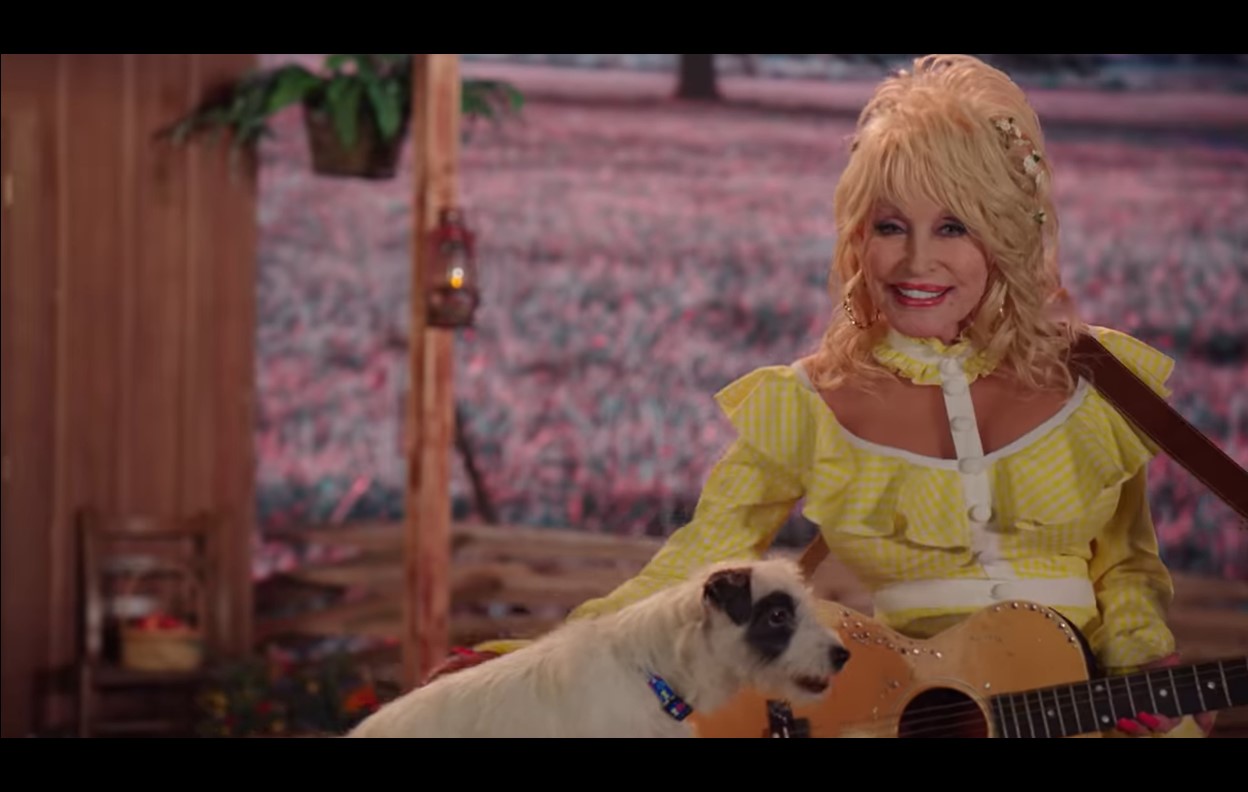 Dolly Parton’s Heartstrings premieres via Netflix on Friday, November 22nd! The series features eight stories focused on faith, love, and forgiveness all inspired by the country music icon‘s songs. Check out the first trailer below!

Episode 1 These Old Bones
Ginnifer Goodwin (Once Upon a Time) and Katheleen Turner (Romancing the Stone, Peggy Sue Got Married) headline the episode with Kyle Bornheimer also signed on for the episode.
Episode 2 If I Had Wings
Gerald McRaney (The A-Team, House of Cards), Delta Burke (Designing Women), Ben Lawson (Designated Survivor, No Strings Attached) and Tim Reid (WKRP in Cincinnati) feature in this episode.
Episode 3 JJ Sneed
Willa Fitzgerald (Scream: The TV Series), Colin O’Donoghue (The Rite) are both scheduled to headline this episode.
Episode 4 Jolene
This episode features a star-studded lineup with Julianne Hough being the main draw but also featuring Kimberly Williams-Paisley (Father of the Bride), Dallas Roberts (3:10 to Yuma) and Wynn Everett (Charlie Wilson’s War).
Episode 5 Cracker Jack
Sarah Shahi (Bullet to the Head) will play the role of Lucy Jane bu Rochelle Aytes (Trick ‘r Treat) playing Scarlett.
Episode 6 Sugar Hill
The cast of Episode 6 is perhaps the most unknown and includes Timothy Busfield from The West Wing as Logan Cantrell.
Episode 7 Down From Dover
Robert Taylor (Longmire) will play the role of Reverend Covern. Bellamy Young (Scandal), Holly Taylor (The Americans), Camryn Manheim (The Practice) and Shane Paul McGhie (After) also feature.
Episode 8 Two Doors Down
Melissa Leo (The Fighter), Ray McKinnon (Rectify), Catherine Dyer (The Blind Side) and Katie Stevens (Faking It) feature.

Be sure to share this look at Dolly Parton’s Heartstrings with other country music fans!

“If I Had Wings” Lyrics

If I had wings
I’d fly away from all-a my troubles
All-a my pain
And I would fly to a place of comfort
Heaven knows I need a change
If I had wings, Lord give me wings

Oh, I’ve had my share of sorrow
Walked a long and lonesome road
I could use a new tomorrow
If I had wings, I’d make it so
One cannot predict the future
One cannot undo the past
But we can make the present useful
Build a future that will last

If I had wings
I’d fly away from all-a my troubles
All-a my woes
And I would fly ’til I found freedom
If I bad wings, I’d up and go
If I had wings, Lord give me wings
(Oh-oh, mm-mm, oh-oh)