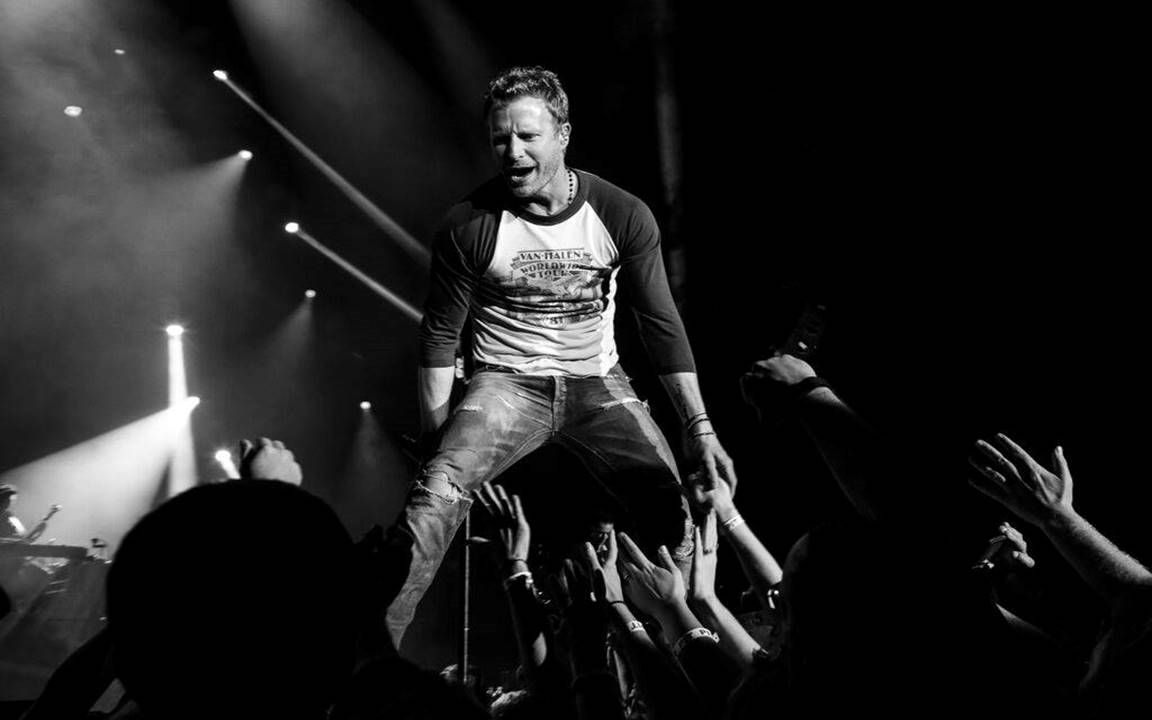 Dierks Bentley‘s eighth studio album BLACK is slated for release on May 27th and will be available for digital pre-order this Friday, April 1st. The Arizona native’s latest project is named after his wife Cassidy’s maiden name and explores multiple dimensions of the human experience—breakups, romantic flings, botched love connections, and everything in between.

“It’s a relationship album that covers the ups and downs of the journey and ends with some self-realization and evolvement,” explains Bentley. “The song ‘Black’ helps set all of that in motion at the top of the album by guiding you into the darkness and the shadows of the night. The same guy who sings ‘Somewhere On A Beach’ winds up growing and having enough perspective to sing something introspective like ‘Different for Girls.’ By the last song, he’s taking a look back on love and life.”

The singer-songwriter embellishes his tunes with a slew of talented female vocalists, including Maren Morris, Elle King, Natalie Hemby, Hillary Lindsey, and Jessi Alexander. “Having a female perspective on this record really made the album more than just music,” reflected Bentley. “It makes it a conversation between a guy and a girl. Sometimes it’s harmonious and sometimes it’s two people clashing, but it’s always there.”

On Sunday, Bentley will co-host the 51st Annual ACM Awards at 7:00PM CT on CBS, where he is also nominated for “Male Vocalist of The Year” and “Video of The Year.” His 2016 SOMEWHERE ON A BEACH TOUR with Randy Houser, Cam, and Tucker Beathard kicks off on May 12th in Holmdel, New Jersey. Check out more Dierks Bentley coverage by clicking the button below.