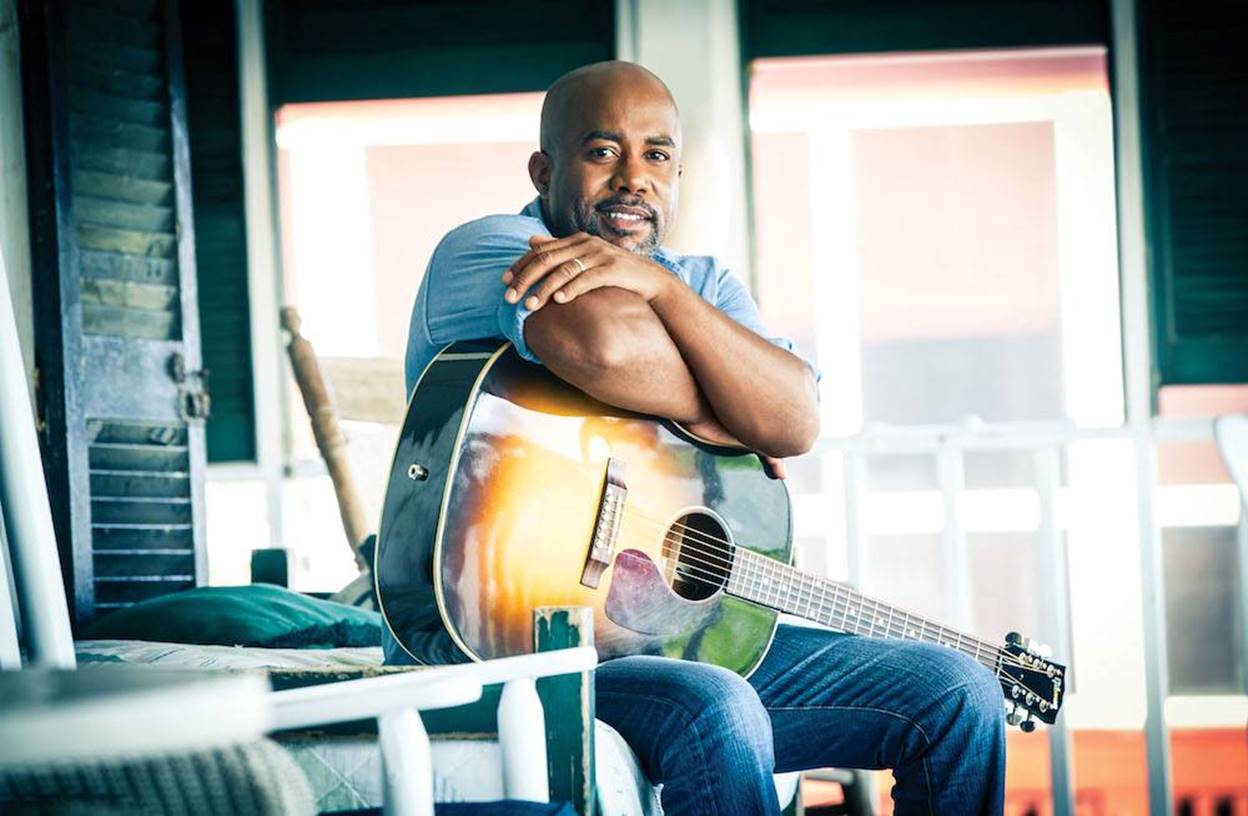 Darius Rucker shares details about the second single, "For The First Time," from his upcoming 2017 album, which will hit country radio later this month!

The Darius Rucker For The First Time Video was released in 2017.  When Darius Rucker left his alternative rock band, Hootie and the Blowfish, fans were surprised that he decided to re-introduce himself in country music. After becoming a solo country artist, he quickly became a well-known name in the industry. His first four albums topped the Billboard Country albums chart.

When his voice first came on the radio, GQ Magazine named him one of their Men of the Year. They noted, “we catch ourselves humming his melodies on the subway . . . only then do we realize that his name . . . is no longer just a proper noun. It’s a symbol now.”

With his groundbreaking career, Darius Rucker continually reinvents his style and tries to gives fans new experiences at each of his shows. He then realized that his methods left him asking himself, “When was the last time I did something for the first time?” That question led him to create his latest single, which he wrote with Derek George and Travis Hill. “For The First Time” is available today, but it will hit country radio on Monday, July 24th.

“Let yourself go, follow that feeling, maybe something new is what you’re needing!” NEW MUSIC! Listen to #ForTheFirstTime now. Link in bio!

“As a songwriter, sometimes the smallest idea can elicit a feeling and then you have this daunting task of trying to relay that emotion and energy into a three-minute song,” Rucker shares. “When we wrote ‘For The First Time,’ we each had to dig deep for that moment. For me, it was ‘you say you’ve never danced to a dashboard singin’ REM under summer stars.’ After that it was all over.”

The Associated Press says Darius Rucker “shows he can leave a distinctive mark on 21st-century country music.” He proves this to be true in his every day career as he releases new songs that reveal different emotions and tell true stories.

“For The First Time” is the follow-up to his most recent No. 1 single “If I Told You,” which is currently on the radio. “If I Told You” marks Rucker’s eighth No. 1 and is the first off of his long-awaited fifth studio album under Capitol Records Nashville. The album does not have a name yet, though. It is set to release later this year, and it will be another signature moment for one of country music’s most beloved icons.   Watch the official music video “For the First Time”:

Rucker’s multiplatinum career definitely keeps him on his toes. He has never been busines while working on this new album with a few television appearances this spring and summer, including a CMT Crossroads episode with John Mellencamp. Rucker will also appear in Adam Sandler’s Netflix original, Sandy Wexler, and his own episode of Celebrity Undercover Boss on CBS.

Darius Rucker has a long list of achievements. In 2014, he won his third career Grammy award for Best Solo Country Performance for his 4x Platinum-selling cover of Old Crow Medicine Show’s “Wagon Wheel.” His first two country albums produced five No. 1 singles including “Come Back Song,” “This,” “Alright,” “It Won’t Be Like This For Long” and “Don’t Think I Don’t Think About It.”