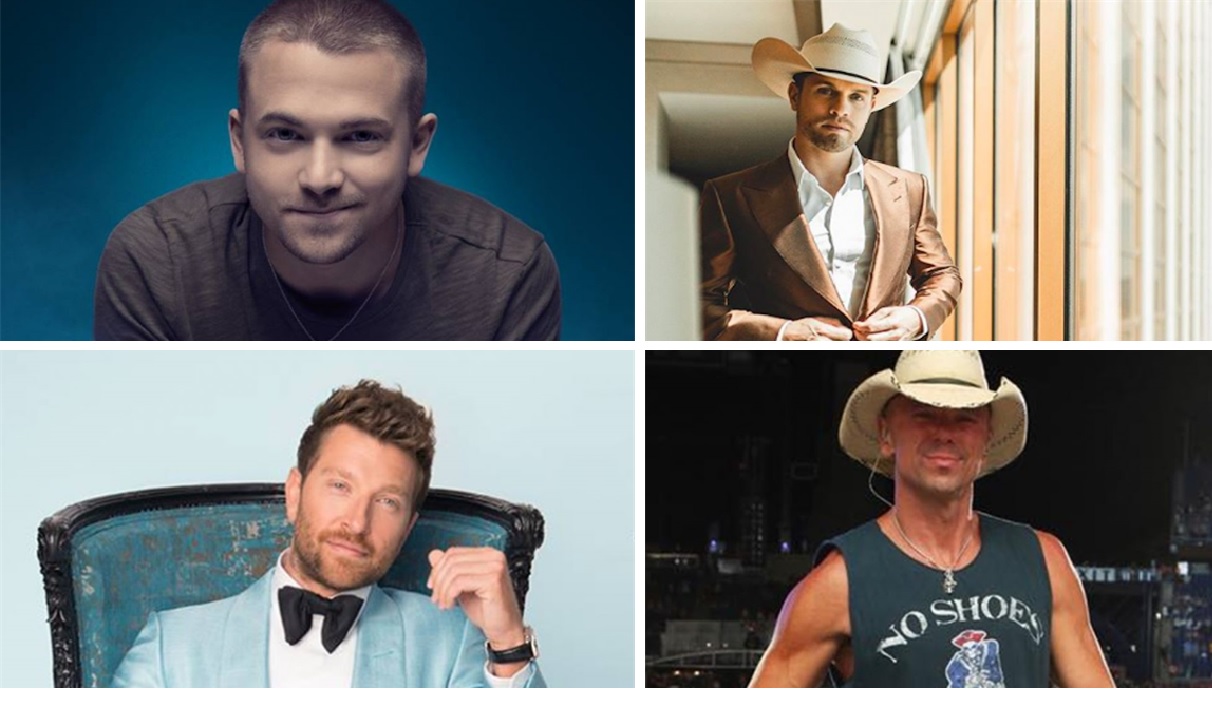 Here are the Top 12 Country Music Bachelors shown in order from youngest to oldest. Watch the video for a visual guide and check out their current relationships statuses below!

Morgan Wallen – Single and that mullet is ready to mingle!
Travis Denning – Currently taken— he has a girlfriend named Madison.
Hunter Hayes – Single, but you have competition with his rescue pups.
Riley Green – Single. He’s into hunting, fishing, and being an uncle!
Brett Eldredge – Single, but pup Edgar will be the third wheel.
Chase Rice – Single and trying to stay far away from The Bachelor drama involving his past romance with Victoria Fuller.
Dustin Lynch – Currently dating model Kelli Seymour. The couple of over a year made their public debut as a couple at November’s 2019 CMA Awards. She inspired his song “Country Star” off of his album, Tullahoma.
Chris Young – Single and he comes with a German Shepard named Porter.
Cole Swindell – Single after split from Barbie Blank. The country star and the WWE professional wrestler, known as “Kelly Kelly,” walked the 2019 ACM Awards red carpet together in Las Vegas in April 2019 prior to calling it quits a few months later.
Kip Moore – Single and open to finding ‘the one.’
Blake Shelton – Romantically linked to longtime girlfriend Gwen Stefani. The pair met as judges on the The Voice and began dating soon after their respective divorces from their former spouses in 2015. Blake has become incredibly close his girlfriend’s three sons over the last four years— Kingston (13), Zuma (11), and Apollo (5).
Kenny Chesney – Single with a big heart for helping others.