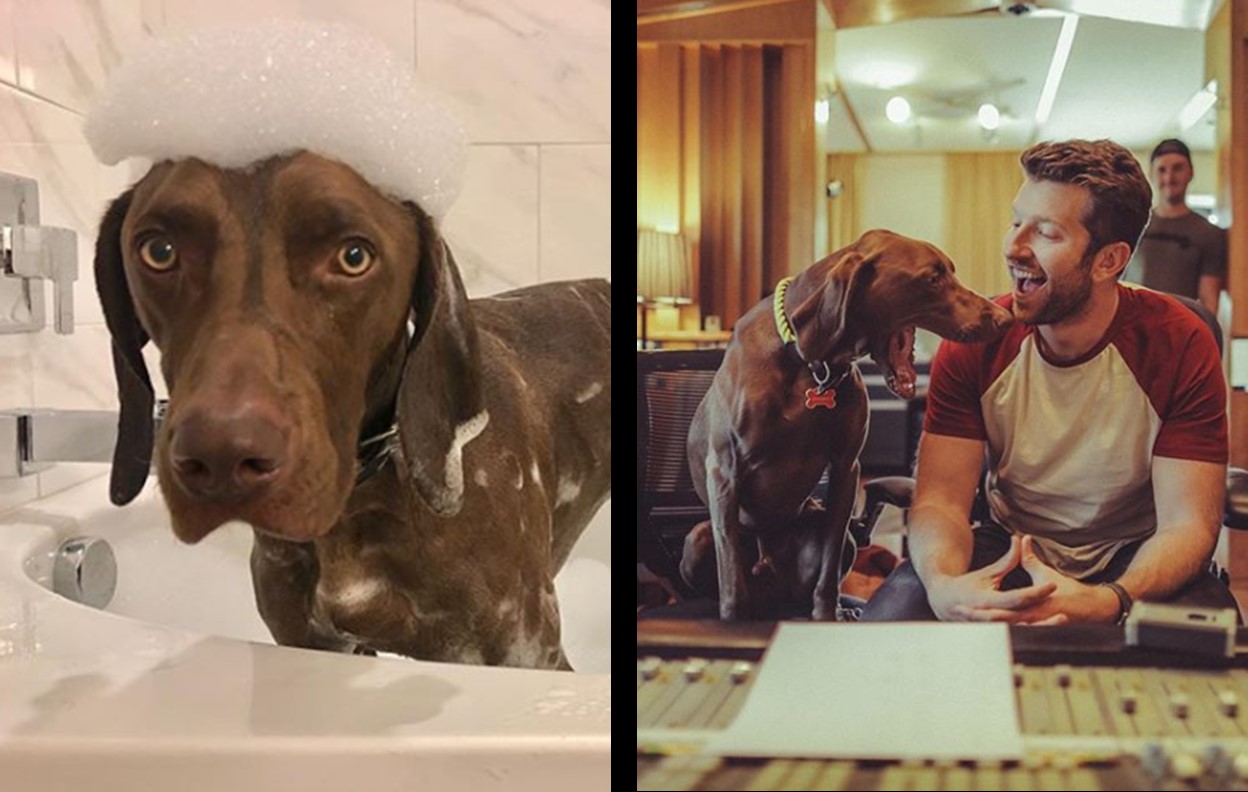 Country music singer-songwriter Brett Eldredge's dog, Edgar, came into his life back in 2016 and the pair have formed a strong bond!

Country music star Brett Eldredge‘s dog, Edgar, is livin’ the life! Besides having all of his basic doggie needs more than met, he also gets to travel a lot and is often serenaded by the star!

“2 years ago today, this lil fella @edgarboogie came into my life…He was covered in fleas so I gave him a bath..he was scared to death…I was scared to death…he cried all night for several nights next to my bed…we quickly bonded in such an amazing way and he became my partner in crime…Though I swore I’d never say it, I guess it’s true, I’m a dog dad, and I’m so happy I get to have this guy along for this crazy ride,” Brett shared last August on the second anniversary of Edgar coming into his life.

Nearly three years after becoming ‘man and dog,’ these two have certainly grown very close and do just about everything together!

We lost Freddie Mercury 27 years ago today but his music still lives on…No one can do this song like him, but I just recorded it for a @onepeloton commercial and it’s stuck in my head…thanks for your gift Freddie

Just a couple buds writing a song in paradise…what do you think the lyrics are about?

Brett and Edgar’s Island Grill, May we take your order?!😂

Monday, I love ya so much I could kiss ya! Who’s seen the LOVE SOMEONE music video!? What’s your fave part!? LINK IN BIO

Brett chose the name “Edgar” in honor of the county he grew up in back in Illinois. Edgar is a loyal companion and has even collected a little fanbase of his own— stealing the hearts of his famous father’s fans!

“Every night in the crowd there are tons of signs, ‘I’m just here for Edgar,’” Brett explained during a 2018 chat with multiple media outlets. “I never planned on making a famous dog or anything like that. My first ever video I posted was ‘I promise I won’t be that guy that posts a bunch of stuff of his dog.’ And then next thing you know it’s pretty often. But he’s part of my life, he’s my … I guess I’m a dog dad, I never thought I’d say it. But I guess I kinda am. I’m not ashamed of that at all, can’t be.”

If you are wild about Brett Eldredge’s dog, Edgar, he has his very own Instagram account to keep up with…

I’m Back!!! Did ya miss me? Sorry, I’ve been on a flip phone and connecting with the world, spending more time peeing on trees, sniffing butts, chasing squirrels, snuggling whoever the hell wants a whole lot of love, oh and hanging at the beach too….if you need me, I’ll be working on my tan

Share this closer look at Brett Eldredge’s dog with other fans of this country music star!