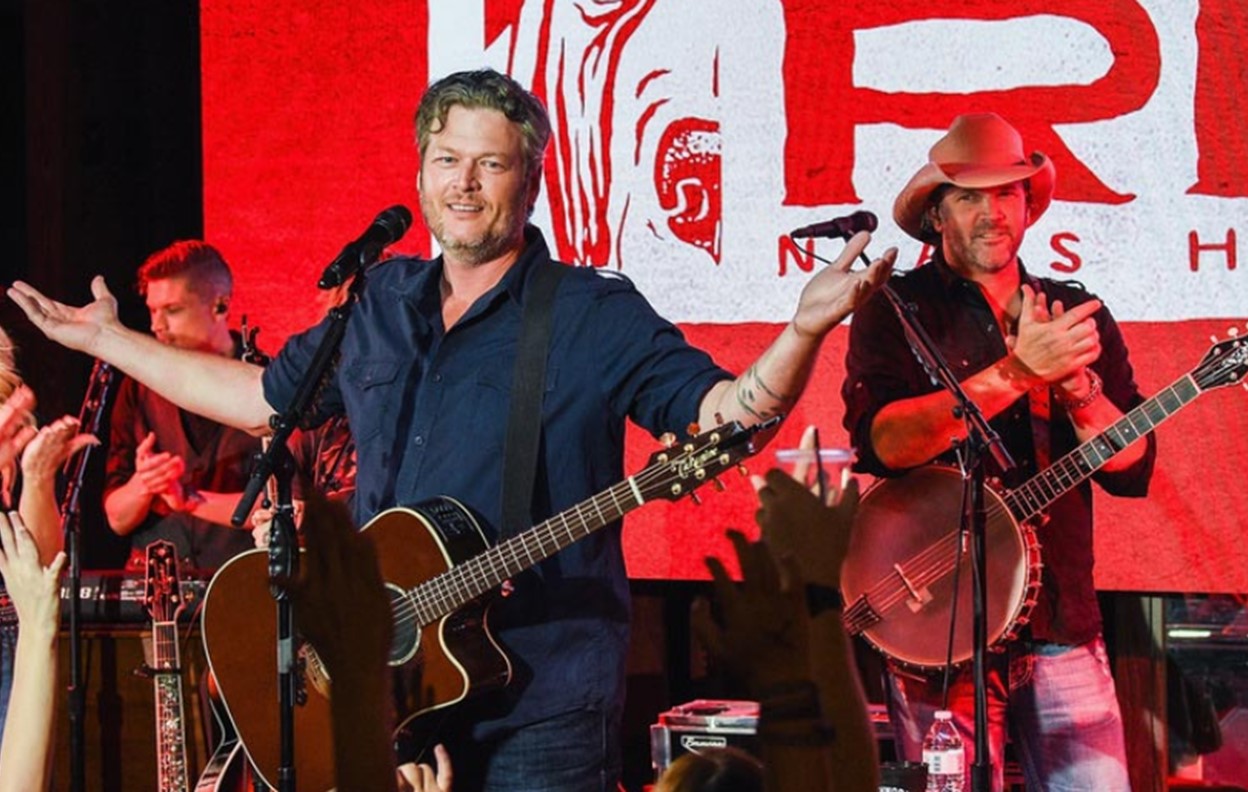 If you haven't been to Nashville lately, you're really missing out! Seven country music stars have opened Nashville bars recently. Check them out!

The Nashville scene is looking a lot different these days thanks to a flood of country music stars opening up their very own bars and entertainment venues. Among the new proprietors are Luke Bryan, Blake Shelton, and Jason Aldean! Check out the full rundown below.

Come on by and check out @lukes32bridge, y’all will be glad you did.

Nashville’s Whiskey Row location occupies the former Gruhn Guitars shop in Nashville’s Lower Broadway district. The American gastropub setup has three other locations all based in the star’s home state of Arizona— Scottsdale, Tempe, and Gilbert. The Music City version features two bars on the first floor and a live music stage. The second floor houses the main bar, DJ booth, and dance floor area. If you want a great view of downtown, don’t skip checking out the rooftop.

Who's ready to get the weekend started?! Find us at the corner of 4th & Broadway and let's #TipItOnBack! 🍻😜 Book your VIP table now by calling or texting 615.208.5262! 🍻 #WRNashville #DierksWhiskeyRow #ThirstyThursday #Broadway #Nashville

Blake Shelton‘s Ole Red Nashville location made its grand opening during June’s CMA Fest. The brand new 26,000 square foot restaurant, bar, and music venue is a must-see. The Ole Red concept first came to life in Shelton’s adopted hometown of Tishomingo, Oklahoma, last fall. Nashville is the second location, with a third planned for Gatlinburg, Tennessee, set to open in 2019.

#olerednashville grand opening through the eyes of @blakeshelton… take a look! 🐾

The four-story entertainment complex is located in Music City’s Lower Broadway and offers music on every floor, a homespun menu, and a rooftop bar complete with a panoramic view of the city. Yes, guests can find a 1961 4020 John Deere tractor prominently serving as a tribute to Aldean’s multi-Platinum 2009 No. 1 hit, “Big Green Tractor.”

@jasonaldeans sign is officially up on lower broadway. This place is gonna be insane!! I cant wait for everybody to come check it out when we open in a couple weeks. 🥃🍹🍺 #nashville

Inside the massive FGL HOUSE, guests can enjoy edgy live music focusing on today’s country trends will get fans dancing every day, while bars on all four levels will keep the craft beer and custom cocktails flowing – featuring the duo’s own Old Camp Whiskey. Southern-style fare with a California twist is available and patrons are invited to enjoy the huge “Cruise” rooftop bar – the largest in Nashville – complete with stunning views of the Music City skyline.

No better place to celebrate a long weekend!

The Georgia native’s place has been welcoming guests for over a year.has been in the Nashville district for over a year. Alan was one of the first artists to put a bar in Nashville’s Lower Broadway. Just steps away from the historic Ryman Auditorium and within walking distance from the Country Music Hall of Fame, this venue features three multi-faceted floors and a roof top bar.

Look what we’ve been working on this last week!! Decided to give the building a little pop of color! Who’s ready for #Preds season?!! #hockeytonk

The Big & Rich star’s establishment opened in the spring and is also located on Nashville’s Lower Broadway. The 6,000 square foot honky-tonk boasts two live music stages, a DJ on the roof. and a bar on every floor. Two of the bars are “Heroes” bars that offer special by-one-get-one free prices to first responders, veterans, and active duty military personnel. Guests may even spot some very familiar faces…

Well, that’s seven more reasons to plan a trip to Nashville! Share this list with other country music fans!