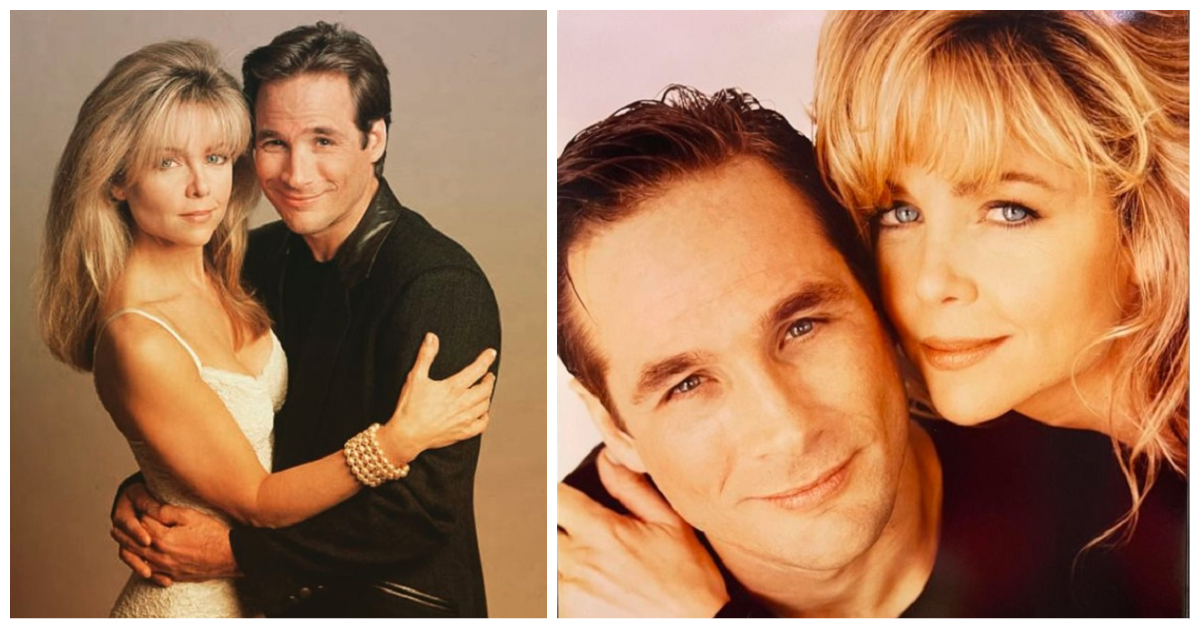 Country music standout Clint Black and Lisa Hartman Black have been hitting all the right notes over the last 31 years together. More on the couple here!

Lisa Hartman Black was born June 1, 1956 and became a successful American actress and singer.  She grew up in Houston, Texas.  Lisa got her big break in 1982 when she took on the role of rock singer Ciji Dunne on the prime time drama Knots Landing. The glamorous actress also starred in the Bewitched spin-off, Tabitha, and appeared in the television remake of Valley of the Dolls. Over the span of her career, she also has produced five studio albums.

Though they seem like an odd pairing, they actually have a lot in common besides their success in the entertainment industry — Lisa’s father was a Houston-based singer and both were raised in the great state of Texas.

Celebrating 28 years of marriage with my beautiful wife, Lisa. More in love today than ever! #30YearsIn30Days #StillKillinTime

After living in Los Angeles, California together for nearly a decade, Clint and Lisa got back in touch with their shared Southern roots and relocated to Nashville, Tennessee in 2002. Prior to their big move, they welcomed a daughter, Lily Pearl Black, into the world on May 8, 2001. Lily Pearl Black is the only child of Clint Black and Lisa Hartman.

It was such an honor to receive a star on the #MusicCityWalkofFame yesterday! What an incredible celebration with family and friends in @visitmusiccity. Congratulations to @ladyantebellum, @macmcanally, and the families of Chet Atkins and DeFord Bailey.

Though Lisa works primarily as an actress, she and Clint are also known for their powerful duets. When discussing “You Still Get to Me” with Good Housekeeping, Clint opened up about its significance.

“That song is a true story,” shared Clint. “Our attraction is greater than it ever was, and our appreciation and value for our marriage and our family is greater than it ever was. I wanted the song to ring true, and to say what I tell Lisa all the time: ‘I love you now more than ever, I’m attracted to you now more than ever.’ When we get time alone, I’m reminded of it all again. Because if you’re lucky, like we are, as the years go on in your marriage, it just gets better.”

So what’s the secret to Clint and Lisa’s happy union? “We continue to laugh” Lisa explained. “We’ve gone through our struggles, like all couples, but we’ve continued to keep our sense of humor.” Added Clint, “We nurture our marriage. When Roy Rogers found out we were getting married, he said, ‘I’ll give you one little piece of advice — don’t ever go to bed angry.’ And he was right. What we’ve always done is deal with emotions and problems as they come along. Because you will embarrass each other, you will confuse each other, you will upset each other, you will hurt each other’s feelings — two people can’t live a life together without doing that. But when you come from the starting point of ‘I know you didn’t want to hurt me,’ that’s the key.”

Sound advice for any relationship. Lisa and Clint presented together at the 2020 ACM Awards on Wednesday, September 16th!

The @acmawards holds such a special place in our hearts! Lisa and I are so honored to present at this year's show! See you on September 16th at 8/7c on @cbstv! #ACMAwards

Share this look at Clint Black’s wife with other country music fans and watch their “When I Said I Do” music video below!

“When I Said I Do” Music Video