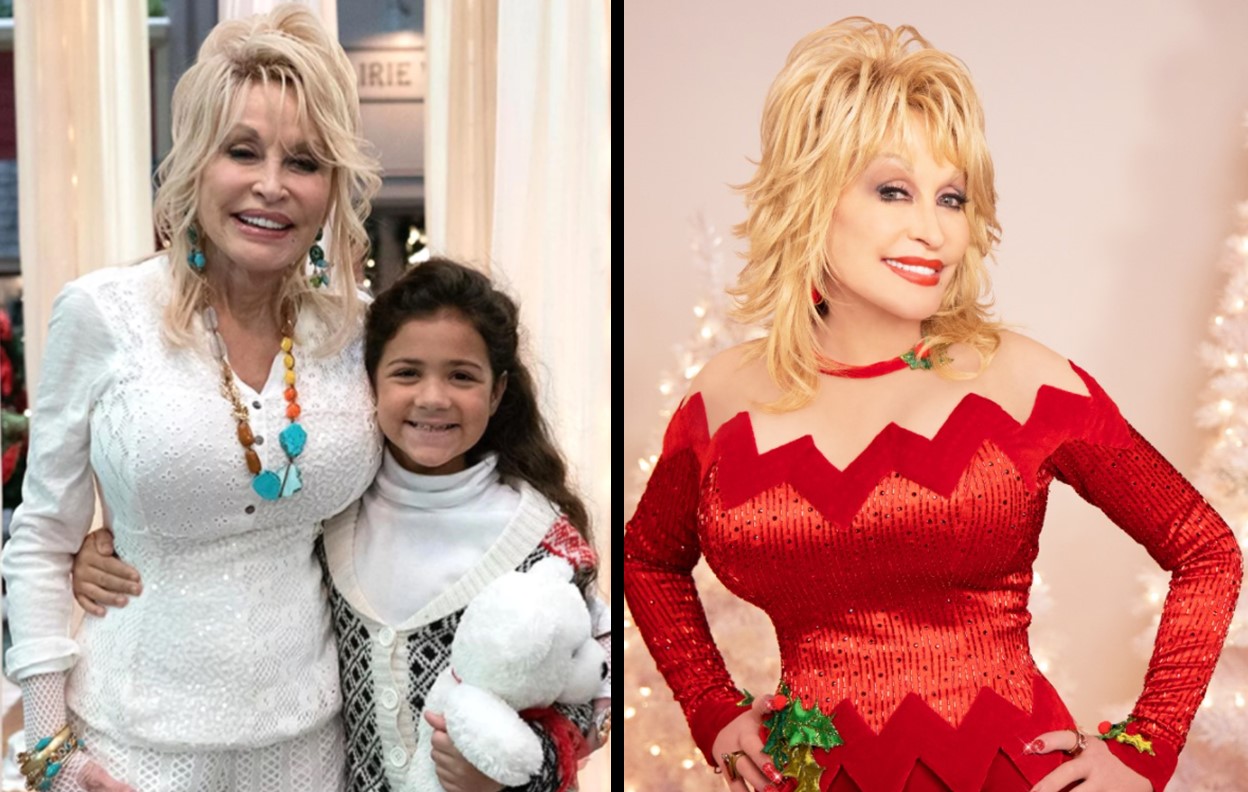 Country music icon Dolly Parton was at the right place at the right time while filming Netflix's 'Christmas on the Square'! More here...

We are 99.9 percent sure Dolly Parton is an actual angel in disguise! During the filming of Netflix’s Christmas on the Square, the 74-year-old pulled 9-year-old actress Talia Hill out of the path of an oncoming vehicle.

As Inside Edition reports, the youngster had gone off to get some hot chocolate during a break. As she was returning to her mark, she felt someone grab her and pull her away from danger.

“I looked up and it was Dolly Parton,” Talia shared with the outlet. “I was like, surprised, I was like [gasp].”

Talia’s 16-year-old brother Tristian, who also appears in Christmas on the Square, also talked about what it was like working with the country music icon. “When you think of Dolly Parton, you are just like, ‘It is Dolly Parton,’ but when you actually see her you are like, ‘Wow, it’s Dolly Parton,’ being in her presence lifts you,” he explained. “She is so amazing.”

Talia continued, “When Dolly walked in she smelled like heaven. She greeted everyone even if you were a trashcan person. It was such a great feeling.”

Obviously Dolly has made a huge impression on these two siblings and we are thankful that Talia wasn’t injured!

Watch Talia tell her story at the 3:35 mark below!

Christmas on the Square is streaming now on Netflix and also stars Christine Baranski, Jenifer Lewis, Treat Williams, and Jeanine Mason! Share this heartwarming story with other fans!