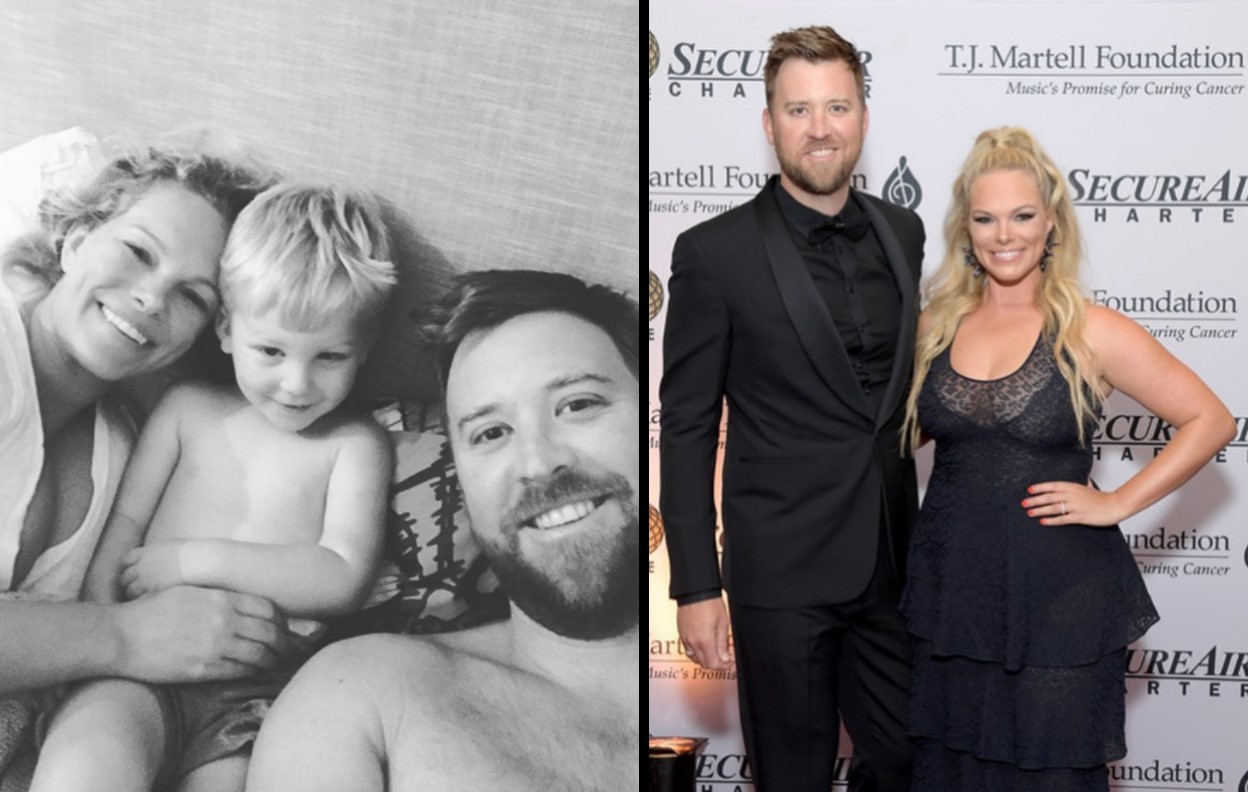 Lady A's Charles Kelley and wife Cassie McConnell Kelley have been married twice... to each other! Learn about their love story here.

Lady A’s Charles Kelley has an interesting love story to tell regarding his wife, Cassie McConnell Kelley. They actually married each other twice! In June 2009, the couple legally wed at a Nashville courthouse before having a destination wedding in the Bahama over the Fourth of July weekend.  Their first wedding anniversary is June 25, 2009 and the second wedding was July 6, 2009.  At least they get to celebrate two wedding anniversaries!

Keep reading for more insight into their relationship and to fully appreciate their strength as of a couple!

When Lady A first came together as a band, and before Kelley began dating his future wife, the star admitted that he had his sights set on Hillary Scott. Fate clearly had different plans, and it was for the better for everyone in the band. Kelley, Scott and Dave Haywood formed the country trio, making it a rule that no romantic ties would come between them.

Charles met Cassie McConnell when she was a publicist for his brother, singer-songwriter Josh Kelley. They hit it off and the rest is romantic history! On Christmas morning in 2008, the star popped the big question and they became engaged. The following year, the couple got married!

All of this happened shortly before “Need You Now” hit the radio, and the band skyrocketed to fame. The members of Lady A were working hard to produce music and go on tour, finding huge success. Unfortunately, the Kelleys could not find the same success as a family— they were having a hard time conceiving a baby.

“We started trying to conceive our child a few years ago without any luck. Many months went by with negative pregnancy tests and a lot of shared frustration,” Cassie Kelley told The Boot. “I don’t know about other moms (or future moms) out there, but I just assumed that when we wanted to start a family, it would happen just like that. Well, it didn’t. We went through several years of trying before finally seeing our fertility doctor in Nashville.”

The couple took several months off to regroup, but then found out some great surprise news. They announced that they were finally having a baby at the beginning of August 2015. Though the road was rocky, the couple is grateful for every step, especially their extended time as a family of two.

“I’m grateful for the adventures that we’ve been on, the places we’ve visited, the lazy days we’ve lounged away on the couch together, the late nights spent on the bus talking about our dreams over a bottle of win.” Cassie explained, “God knows us, and he knows our marriage, and he blessed us in just the right time.”

Their baby boy, Ward Charles Kelley, came into the world on February 11, 2016!

“I want to give a special shout out to my husband, Charles, for being the most incredible human,” Cassie gushed about her husband after their son’s birth. “His love, support, passion for our marriage and our future children has never, ever wavered, even when the frustration seemed insurmountable. I am so lucky to have a best friend and partner in life like him, and our child couldn’t have scored a better dad!”

We wish Charles Kelley and Cassie McConnell Kelley many more years of happiness together!