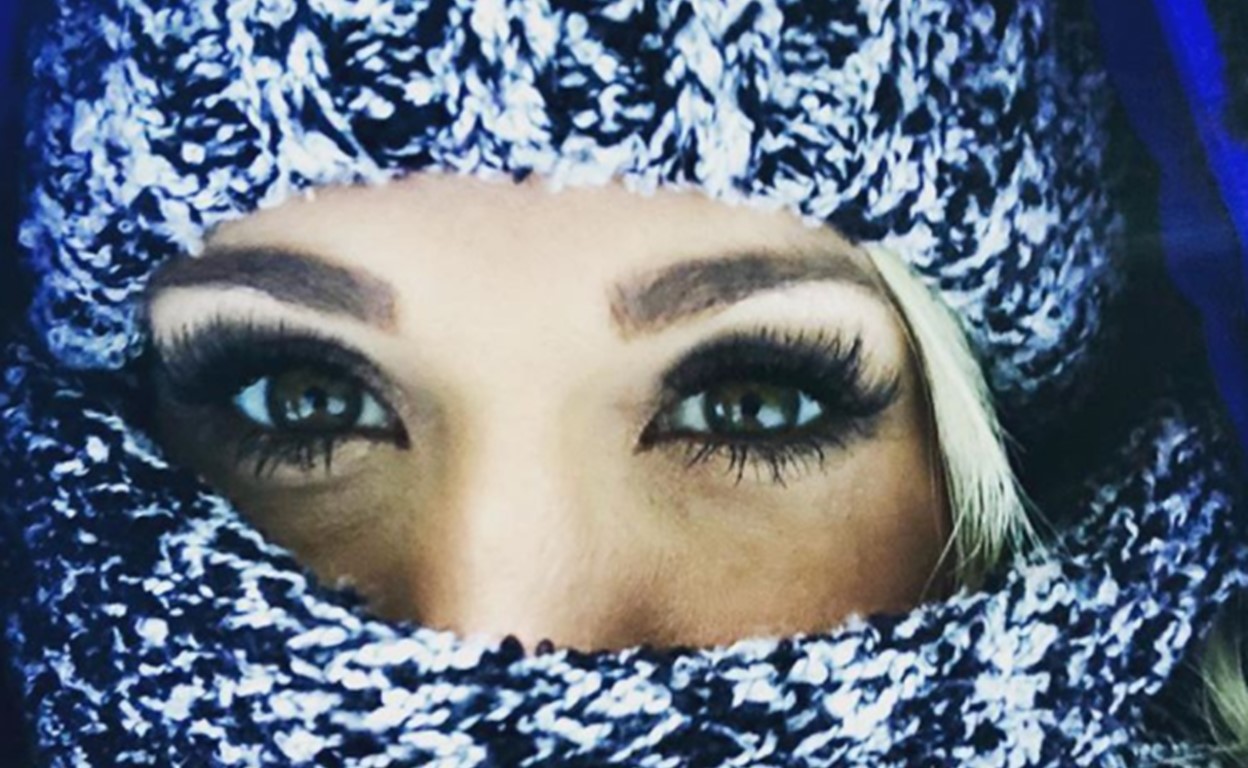 Everyone loves a good winter wonderland--- Carrie Underwood and her family are no exception! The trio enjoyed a nice getaway to Canada for the holidays!

My boys playing in the snow! 😍Thanks, Peterborough, for the good times! Next year, I’ll bring some better boots! #ICantFeelMyToes

Carrie captioned the picture, “My boys playing in the snow! 😍Thanks, Peterborough, for the good times! Next year, I’ll bring some better boots!”

She finished off her post with #ICantFeelMyToes and with weather expected to drop down in the negatives later this week, investing in a pair of warmer boots is a must for Carrie!

Mike also posted the adorable picture with his son on his own Instagram account, but the professional hockey player appeared unfazed by the cold weather. His sweet caption read, “Hard to beat tobogganing with the little man in the great white north!”

Despite Carrie needing a better pair of boots, it appeared the family of three had an amazing time together!

Carrie has been low profile on social media since taking a serious tumble back in November (now we know why), but fans were lucky enough to catch a few holiday pics!

One including Isaiah busy at work making some delicious Christmas cookies and revealing that the toddler loves the frosting!

Another shot captures Carrie lounging by the fire looking comfy as ever!

Carrie also took time to sport some stylish of her winter apparel during the five degree weather! Props to Carrie for looking fabulous in frigid conditions!

When in 5 degree weather, wrap your @caliabycarrie scarf around your neck and face…you keep warm AND look like an awesome winter snow ninja! #WinWin #StayThePath #LetItSnow #BabyItsColdOutside ❄️ ⛄️

Rounding out her year in a video, Carrie shared her highlights from the Golden Globe Awards to supporting her husband and the rest of the Nashville Predators. The video includes a voice over of the superstar thanking her fans and saying that 2018 is going to be “a pretty awesome year.” After all the success Carrie had in 2017 fans can only imagine what she’s planning to make of the new year!

Thank you @RareCountry and my amazing fans for this gift!! #FemaleArtistOfTheYear #CareBears

Want to learn more about this artist? Keep up with Country Fancast for updates!