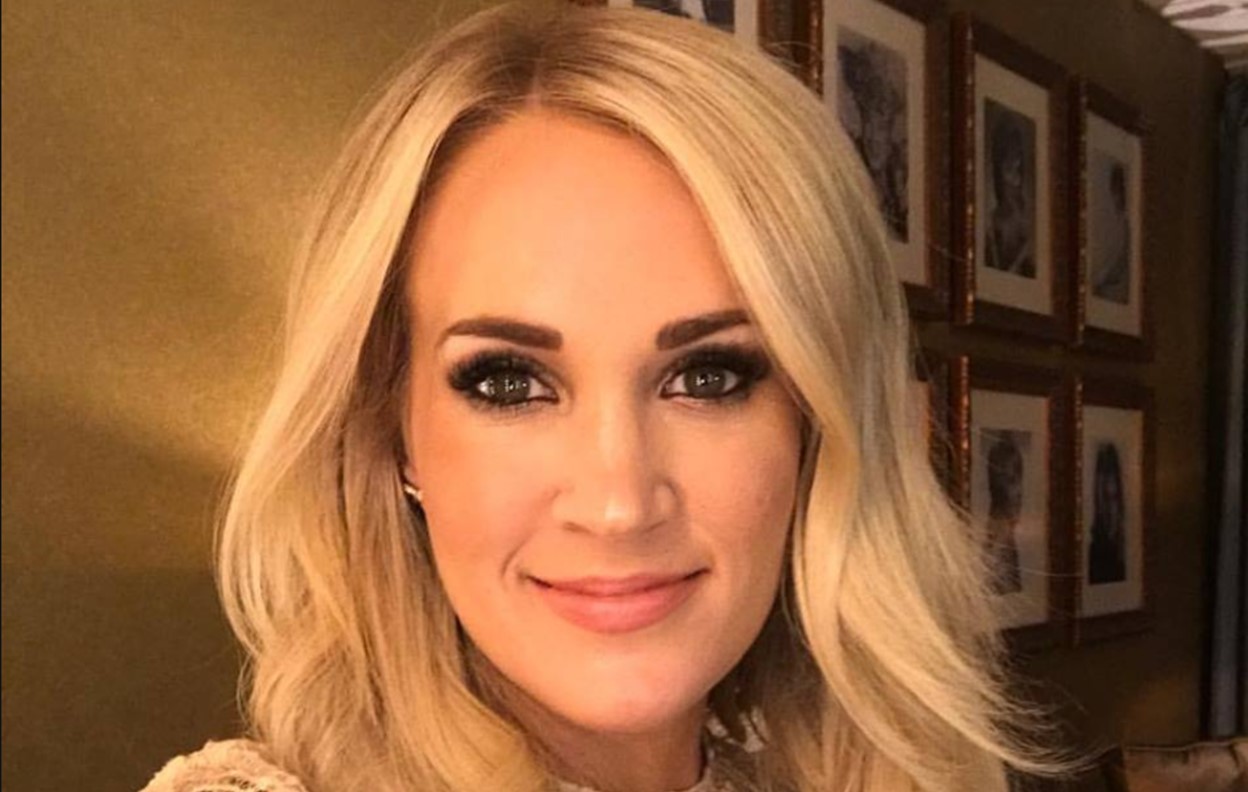 Shortly after hosting the 2017 CMA Awards in November, country music superstar Carrie Underwood, 34, sustained injuries after falling on the stairs outside her Nashville home. According to her publicist she had “non life-threatening injuries including a broken wrist and cuts and abrasions.”

While fans knew that she had surgery to help repair her broken wrist, Carrie has revealed more about the severity of her accident in a new letter to her fan club members.

“There is also another part of the story that I haven’t been ready to talk about, since I have still been living it and there has been much uncertainty as to how things will end up,” she candidly shared. “It’s crazy how a freak random accident can change your life.”

The star also sustained injuries to her face, which explains her lack of public appearances and limited personal social media activity.

“I’ll spare you the gruesome details, but when I came out of surgery the night of my fall, the doctor told Mike that he had put between 40-50 stitches in,” she explained, referring to her husband, Mike Fisher. “Now here we are 7 weeks later and, even though I’ve had the best people helping me, I’m still healing and not looking quite the same.”

The country songstress didn’t expand upon the specifics of her facial changes, but she did add that she may look a bit different.

“When I am ready to get in front of a camera, I want you all to understand why I might look a bit different,” she wrote. “I’m hoping that, by then, the differences are minimal, but, again, I just don’t know how it’s all going to end up.”

Though she’s in the thick of things healing-wise, Carrie realizes that she’s lucky her accident wasn’t much worse.

“I am grateful that it wasn’t much, much worse,” Underwood stated, adding that she’s currently attending physical therapy for her wrist. “I’ve still got a ways to go in the recovery process, but it’s encouraging to see every day be a little better than the last.”

Underwood’s most recent selfie on Instagram featured the singer-songwriter with her face covered up by a scarf in from her Calia line.

When in 5 degree weather, wrap your @caliabycarrie scarf around your neck and face…you keep warm AND look like an awesome winter snow ninja! #WinWin #StayThePath #LetItSnow #BabyItsColdOutside ❄️ ⛄️

Although she’s still very much recovering, Underwood is looking at the new year with optimism, “I am determined to make 2018 amazing and I want to share things with you along the way,” she quipped.

Best wishes to Carrie! Share this update with other fans of the Oklahoman.