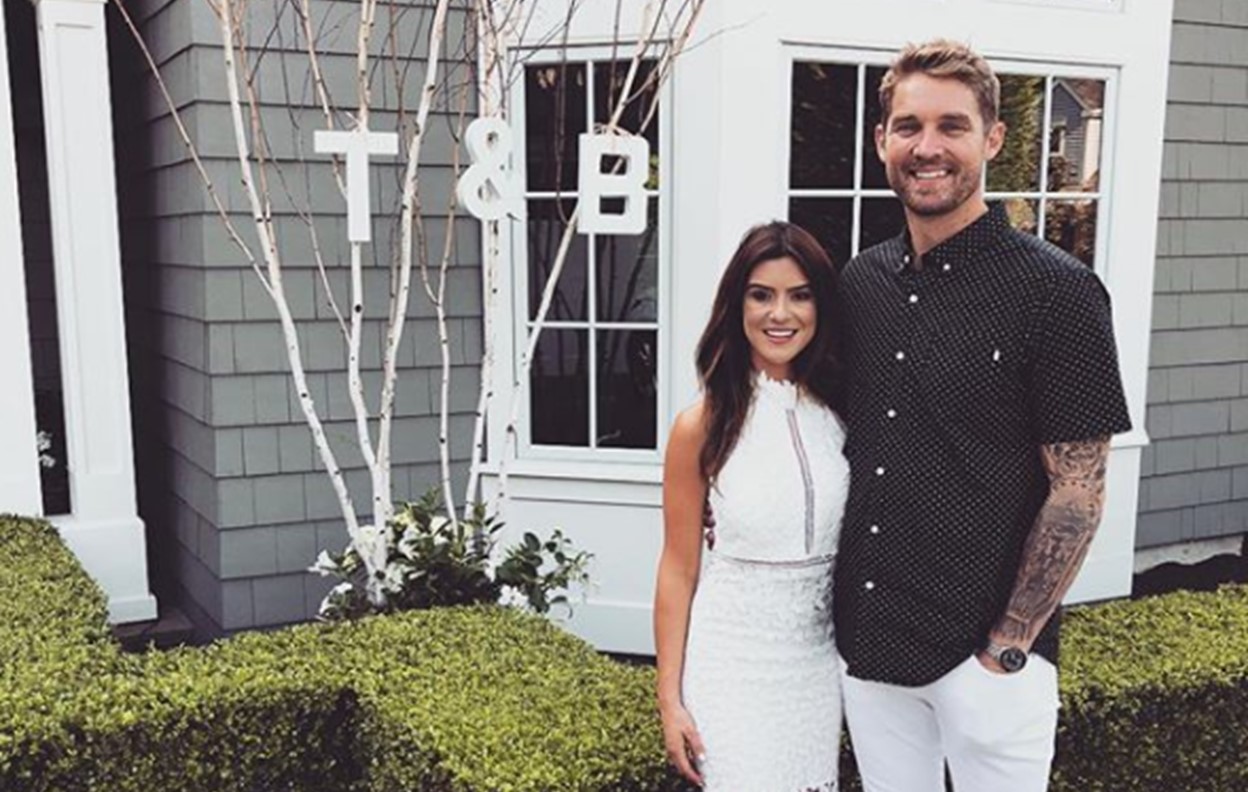 Country music star Brett Young popped the question to longtime love, Taylor Mills, a few months back and the couple announced their engagement to the public in February. Although they have been through thick and thin together over the last decade, Young is looking to fellow country music entertainer Thomas Rhett and his wife Lauren Akins for guidance on successfully blending his red-hot career with marriage.

Happy Birthday to this beautiful baby angel. @t.m.mills___ you are my “forever person” and I thank God everyday that I get to spend the rest of my life with you. Thank you for being my best friend and always being there for me, and most of all….for loving me. I’m the luckiest man in the world and I promise to spend the rest of my life telling you how much I love you. Dibbs!!!!!!!! -B

“We’re learning a lot from them,” Young shared with The Boot about observing Thomas and Lauren’s relationship while on the Georgia native’s 2018 Life Changes Tour. The “Mercy” singer-songwriter hasn’t directly asked for marriage advice from the famous couple, but he sees how Rhett balances his work with the needs of his wife and two young daughters, Willa Gray and Ada James. “[Lauren’s] out there with the kids all the time, so we get to know them and watch them as a family.”

“It’d be really easy to see the way they come across on social media and think that’s a facade, but it’s not. It’s real,” Young added. “Getting to watch it and be around it, not only do [we] have something to learn from, but it’s really motivating and encouraging about what we have in store for our future.”

Brett and Taylor are certainly surrounded by people within the Nashville community who can show them how to make a country music career and a healthy marriage co-exist— Dierks Bentley and Cassidy Black Bentley, Keith Urban and Nicole Kidman, Brad Paisley and Kimberly Williams-Paisley, Lee Brice and Sara Reeveley Brice, Carrie Underwood and Mike Fisher, Luke Bryan and Caroline Boyer Bryan, Tim McGraw and Faith Hill, Chris Stapleton and Morgane Stapleton— just to name a few.

We wish this couple the best as they plan their wedding and enjoy celebrating their upcoming nuptials!

Yes, their couple’s shower had a literal taco truck… and fellow country music star Lee Brice had to tow it out of the mud. Yes, their is video of this. Scroll right and watch it below! No mailboxes were injured and no queso was spilled in this rescue.

Our first official pre-wedding celebration was pretty perfect! Our couples shower was a fiesta complete with a Chuy’s taco truck, yummy margs, and a lot of incredible people (and only 1/4 of them are pictured!) The end of the night concluded with @leebrice using his own truck to tow the taco truck from the front lawn after it had gotten stuck in mud (gotta love the south)😂 We had such an amazing night that we barely have any pics to prove it (these were the only ones taken!) THANK YOU to @haleymclemorehaze @rhondapolhill @rutherfordiii & @vanrhaze for a beautiful bridal shower! ♥️