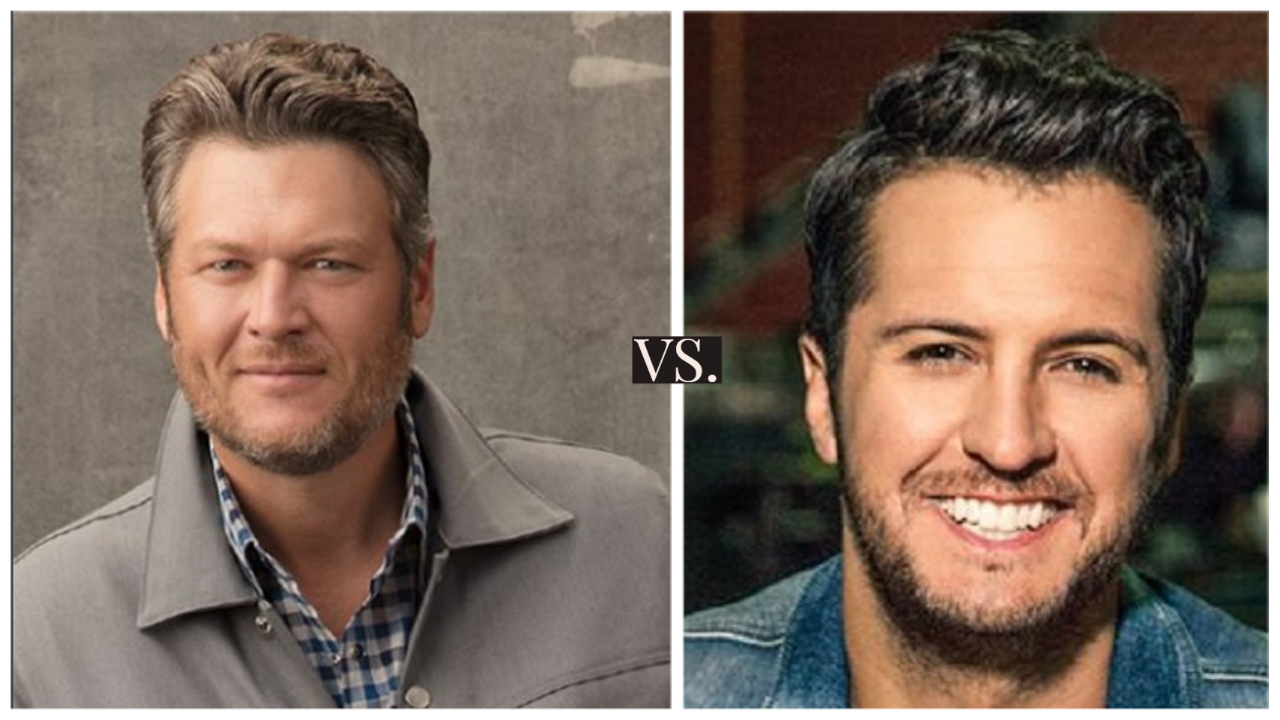 Watch the Blake Shelton versus Luke Bryan music video challenge and see which artist and music video is your favorite.  Here we take a look at the most popular music video from each country music artist.  This music video battle has The Voice coach (Blake Shelton) versus American Idol Judge (Luke Bryan).

Country music superstar Blake Shelton‘s “God’s Country” music video was released in 2019 just days after debuting his new single during the 2019 ACM Awards. Directed by Sophie Muller, the compelling video was shot in Shelton’s at Blake’s ranch in his home state of Oklahoma.   This song reached #1 on the Billboard Country Music charts.

“Well I can tell you one thing for damn sure, Oklahoma is God’s Country so that’s where we shot the music video for the song,” Shelton shared in a statement. “We spent four days shooting there in and around Tishomingo, getting connected to the land, the environment and the spirit of the music. As I’ve said before, I was born in Oklahoma and I’ll be buried there and Sophie Muller, who’s a well-known video director, really captured the countryside in a stark and vivid way.”

Luke Bryan’s most popular music video was released in 2016 and was partially filmed on his 150 acre farm in Tennessee and features his wife and two sons.  This song reached #1 on the Billboard Country Music radio airplay chart.

It is interesting that with hundreds of released music videos, the most popular music video from each artist was shot on their very own home properties.  Take a video tour of each Country Singer’s home where the music videos were shot below.

The “God’s Country” music video was filmed on Blake’s Ten Point ranch property.  Take a tour of Blake’s Ten Point ranch where the “God’s Country” music video was filmed.  This property and his Home on Lake Texoma is also where Blake and Gwen Stefani are located for the Covid Quarantine period.  The ranch is just outside of the small town of Tishomingo, Oklahoma with a reported population of less than 4,000 residents.  Blake has called Tishomingo his home for over a decade (after moving from Nashville), and his ranch is an impressive 1,382-acres acre property with a house, horse barn and shed to store his tractor.

Luke Bryan’s Farm and home is everything that he and Caroline wanted for raising children.  The home, guest house and party barn were designed by local interior designer Chad James on their 150-acre property.  The inspiration for the barn came from Bryan’s visit to Blackberry Farm just outside of Knoxville.   Luke’s farm is featured in the “Huntin’, Fishin’, and Lovin’ Every Day” music video and is also shown in his “What Makes You Country” music video.  Watch the video for a tour of Luke and Caroline’s Tennessee home and farm property below.

Let us know your favorite artist and music video from this face-off competition.