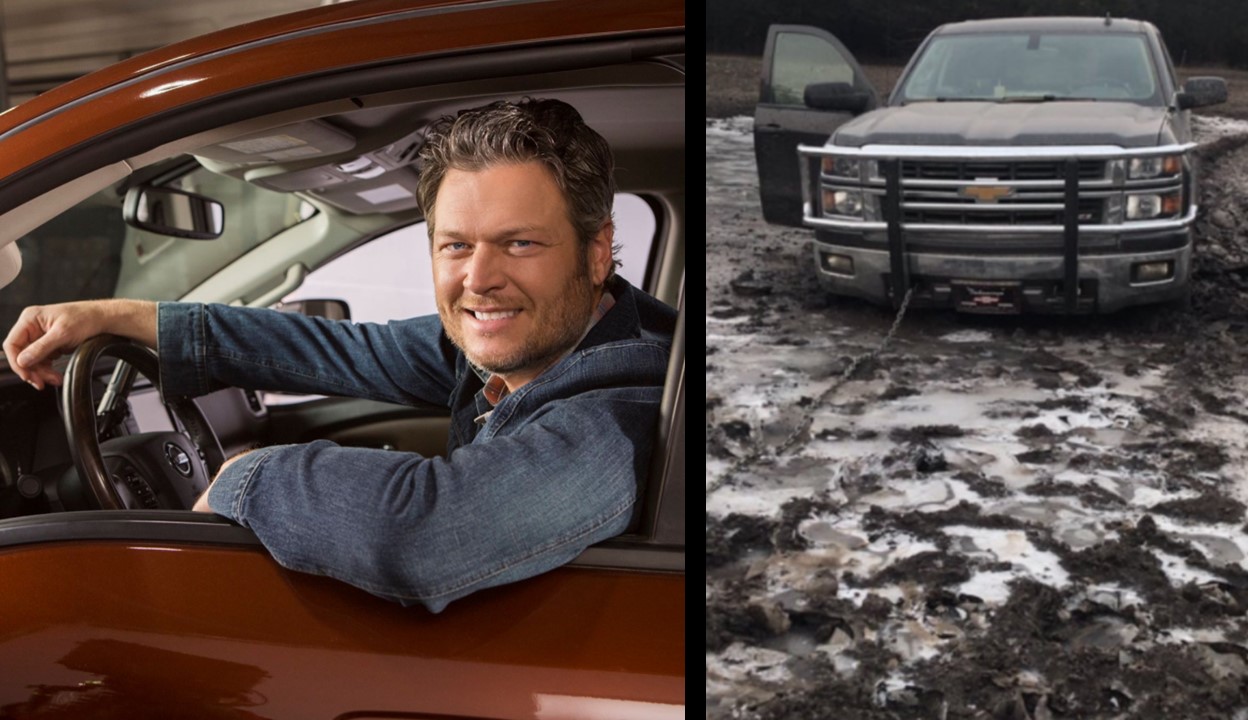 Country music artist Blake Shelton got his truck stuck in the mud while teaching Gwen Stefani's son Kingston how to drive! Watch the videos here.

In a series of snaps reposted on Twitter, Gwen documented the aftermath of Blake and Kingston’s wild ride. As Gwen asks the two what happened, Blake said, “I was teaching Kingston how to drive and he just took off driving like a maniac into the frozen pond.” In the background of the clip, Kingston defends himself saying, “I did not do that!”

It’s unclear who exactly was behind the wheel when they got into some trouble. We feel Blake may not be completely innocent…

“This ain’t the first one we’ve blown through,” Blake admitted while trying to figure out how to free his truck from the icy muck. Kingston looks like he just had the time of his life with that grin!

No worries, Blake got some help and was towed out by another truck. Gwen couldn’t contain her laughter while watching the rescue unfold in front of her.

Gwen and Blake spent Christmas in Los Angeles, California before making their way to the Midwest for a visit to Blake’s ol’ stomping grounds.

“We cook and get muddy and dirty. There are ATVs. Being a mother of three boys, it’s kind of the perfect place, ” Gwen shared in an interview with Marie Claire last fall about enjoying the low-key country life with her three sons Kingston, Zuma, and Apollo.

On January 2nd, Gwen and the kids returned home to California while Blake opted to remain in Oklahoma longer. The country star was at the airport to see the whole crew take off.

It’s wonderful to see Blake bond with the boys and enjoy some quality time with them on his own turf. Soon the Oklahoman’s schedule will be quite hectic as he kicks off his Country Music Freaks Tour in February alongside Brett Eldredge, Carly Pearce, and special guest Trace Adkins.

Share this update with other fans of Blake and Gwen!