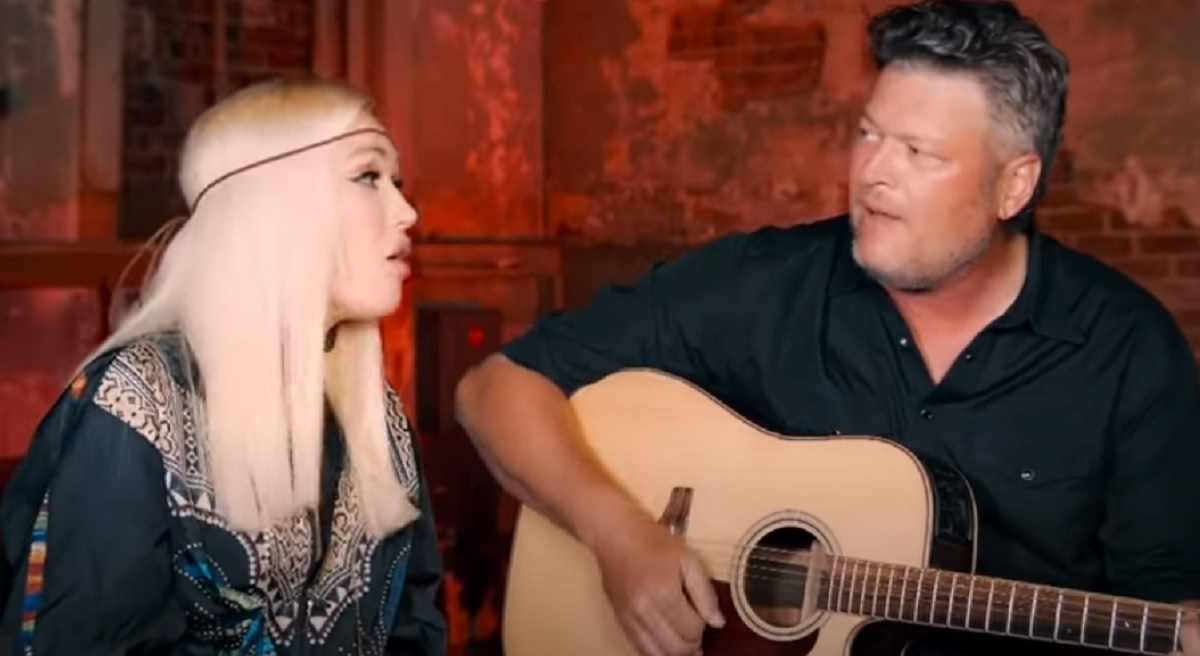 Watch the Blake Shelton and Gwen Stefani Duet performance from the finale of The Voice TV show. . .

The Blake Shelton and Gwen Stefani Duet performance (Nobody But You) for the Voice finale was dedicated to charity supporting the volunteer food bank worker in Oklahoma.  Country music star Blake Shelton and pop star Gwen Stefani‘s “Nobody But You” (written by Ross Copperman, Shane McAnally, Josh Osborne, and Tommy Lee James) reached  #1 on the Billboard Country Airplay chart! The Oklahoman has 26 previous chart-toppers to his name, but his latest hit single with girlfriend Gwen Stefani is extra special for the couple.  This marks the first time Gwen Stefani has appeared at the top of the Country Music charts.

Check out The Voice performance, the original “Nobody But You” music video, the behind the scene footage, and a tour of Blake’s two properties in Oklahoma below.

“I knew the moment I heard this song that I wanted to record it,” Shelton shares in a statement. “Shane McAnally, Ross Copperman, Josh Osborne and Tommy Lee James, you wrote a perfect song in which every lyric has meaning in my life, and I thank you. Another thanks goes to the fans who continue to listen – and I know there are a lot of distractions these days – one day soon we can all celebrate music together again. And finally, thanks to Gwen for joining me and making this one of the most special songs I’ve recorded.

Compare The Voice performance to the original music video and see the behind the scene footage below.

“Nobody But You” is the third single from Shelton’s recently released chart-topping collection Fully Loaded: God’s Country, which spent 16 consecutive weeks within the Top 5 on the Country Album Sales chart and earned the third biggest debut-week sales total for a country album in 2019.  Watch Blake Shelton shower Gwen Stefani with praise in the behind the scene footage for “Nobody But You”.

Blake Shelton and Gwen Stefani Duet (Behind the Scenes)

Blake Shelton – Nobody But You (Duet with Gwen Stefani) (In-Studio Behind the Scenes) footage shot at Blake’s studio at his Home on Lake Texoma.

Blake Shelton has been spending his time in quarantine across his two properties in Oklahoma including his Ten Point Ranch and his home on Lake Texoma.  Gwen Stefani and several members of her family have also been spending their time with Blake in Oklahoma.  Watch the video below for a tour of Blake’s two Oklahoma properties and see some of the favorite Stefani family activities that the couple enjoys.

Remember to “share” the Blake Shelton and Gwen Stefani Duet performances and behind the scene footage with other Country Music fans.