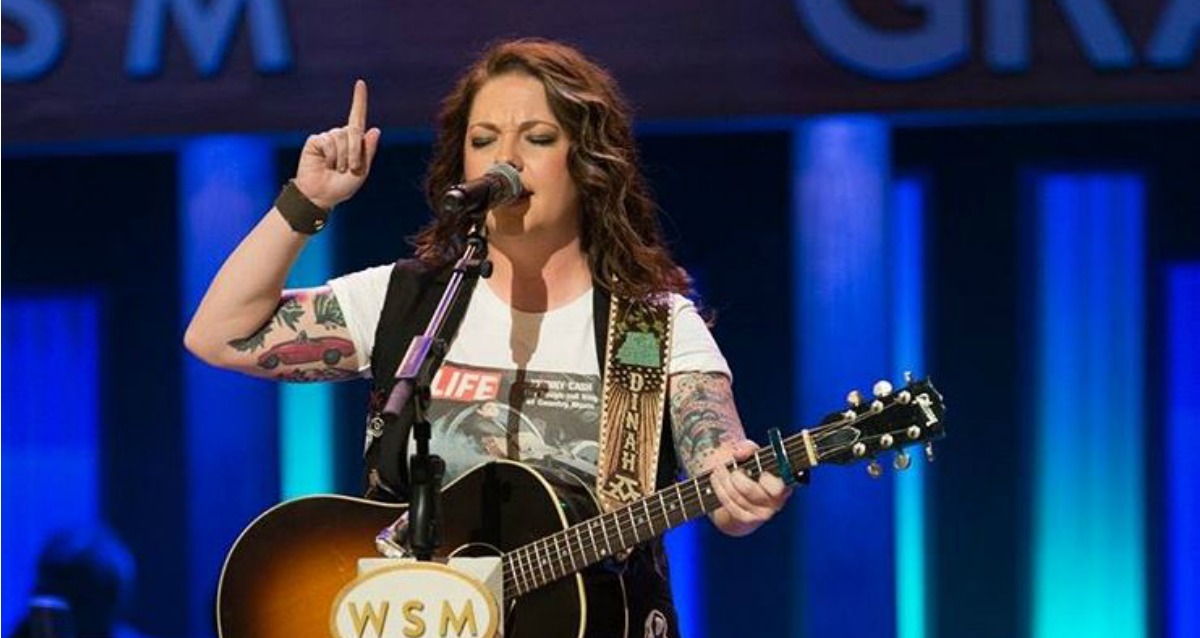 Ashley McBryde is one of country music’s most confident rising stars but Eric Church had the ability to terrify her!

Ashley McBryde Eric Church is a performance match made in heaven.  If you haven’t heard of Ashley McBryde you soon will. The “Radioland” singer exploded onto the the country music scene earlier this year with the release of her debut album titled Girl Going Nowhere and is about to embark on a headlining tour by the same name.

Success doesn’t cure fear though and that statement proved itself when McBryde was invited to perform on the stage by one of her favorite artists, Eric Church.

After meeting Church and his wife at record label meeting in April 2017, Church invited her to one of his shows in Chicago.

When McBryde got to the show, Church had a little surprise for her.

“I go to the show, Eric says, ‘You’re performing.’ [We] tried to make the best of the worst and we did a really good job with it,” McBryde said.

Church introduced McBryde to his audience as “unquestionably my favorite artist out right now that’s not out yet.”

“I was terrified, but we had a really, really good time,” McBryde remembers.

Fast-forward a little over a year and McBryde is now gearing up for her very own tour titled Girl Going Nowhere, where she will find herself in front of large audiences every night.

Watch as Eric Church called Ashley on stage to perform her song “Bible and a .44” at his Holdin’ My Own Tour stop in Chicago’s Allstate Arena.

From McBryde’s website: “The tour follows on the heels of McBryde’s wildly successful Warner Music Nashville release, Girl Going Nowhere, which was produced and mixed by Jay Joyce. The record showcases McBryde’s artistic vision and quickly established her as one of the genre’s keenest songwriters bringing unwavering honesty back into a pop-preoccupied genre”.

McBryde is from Arkansas but moved to Nashville in 2007 where she quickly became part of the writing culture in Music City. It took almost a decade for McBryde to make the transition from writer and known-performer, but it is finally happening.

“We got a call this week that our tour date at Basement East sold out in the first two days… which is crazy to say out loud,” shares McBryde. “The Basement East show last year got me my record deal, so to hear that in less than a year we’ve outgrown that room is weird but maybe the most ‘pinch me’ moment I’ve had because for me, the songs come to life when we get to play them live.”

Listen to Ashley McBryde on Spotify below!