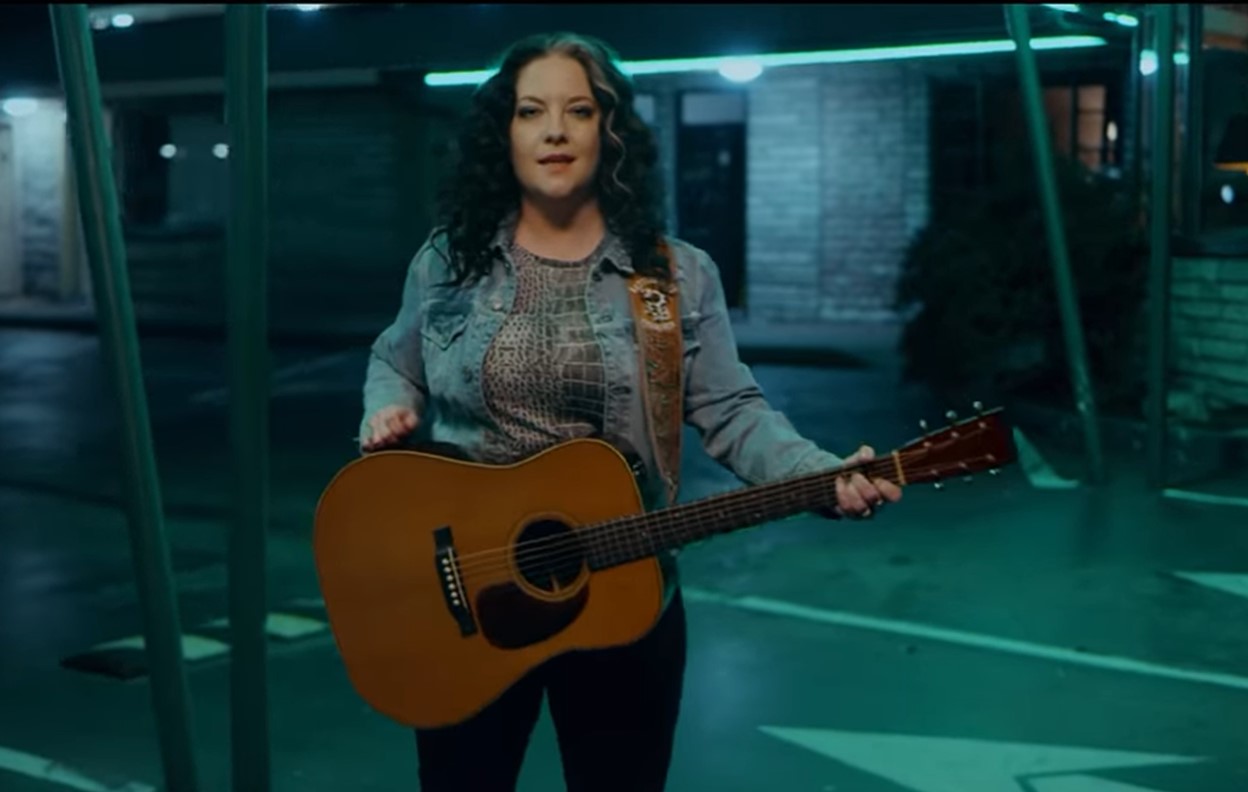 Ashley McBryde's “Martha Divine" music video is the second in a three-part series, following the release of “One Night Standards.” Watch it here!

Country music singer-songwriter Ashley McBryde‘s “Martha Divine” was co-written with Jeremy Spillman and offers a modern-day take on a female vigilante, recalling the little sister in “The Night the Lights Went Out in Georgia” (Reba McEntire, Vicki Lawrence).

The percussive intro, driving beat and McBryde’s searing vocals set the tone for an intense tale of revenge. The accompanying video punctuates each lyric with its dark, brooding lighting and shadowy street scenes. Directed by Reid Long, the video is the second in a three-part series, following the release of “One Night Standards” in December.

“‘Martha Divine’ was so much fun to write because Jeremy Spillman wasn’t afraid to get weird with me. I told him I wanted to write something dark and we created this story that surrounds the most delightful trollop of a human being and gets down underneath the fingernails of the uncomfortable truth about family dynamics. I was certain no one would let me shoot a video that actually reflected the lyrics, but Reid Long helped me bring it to life in a way that only he could,” McBryde shared with NPR.

I’ve got this feeling
And I got this shovel
Between me and you and it
You’re in a little trouble
I saw you sneaking
And I know what happened
I think it’s kinda funny you got caught
Only, I ain’t laughing

Well, you call him ‘Darling’
And I call him ‘Daddy’
And Daddy says he’ll whup me if I don’t keep momma happy
Honor thy father
Honor thy mother
But The Bible doesn’t say a damn thing about your daddy’s lover

Momma’s an angel
My daddy isn’t
Looks like a little more of him rubbed off on me than didn’t
Well, I’ll leave you to it
They’ll never prove it
And if they ever find out, I’ll say, “The devil made me do it”