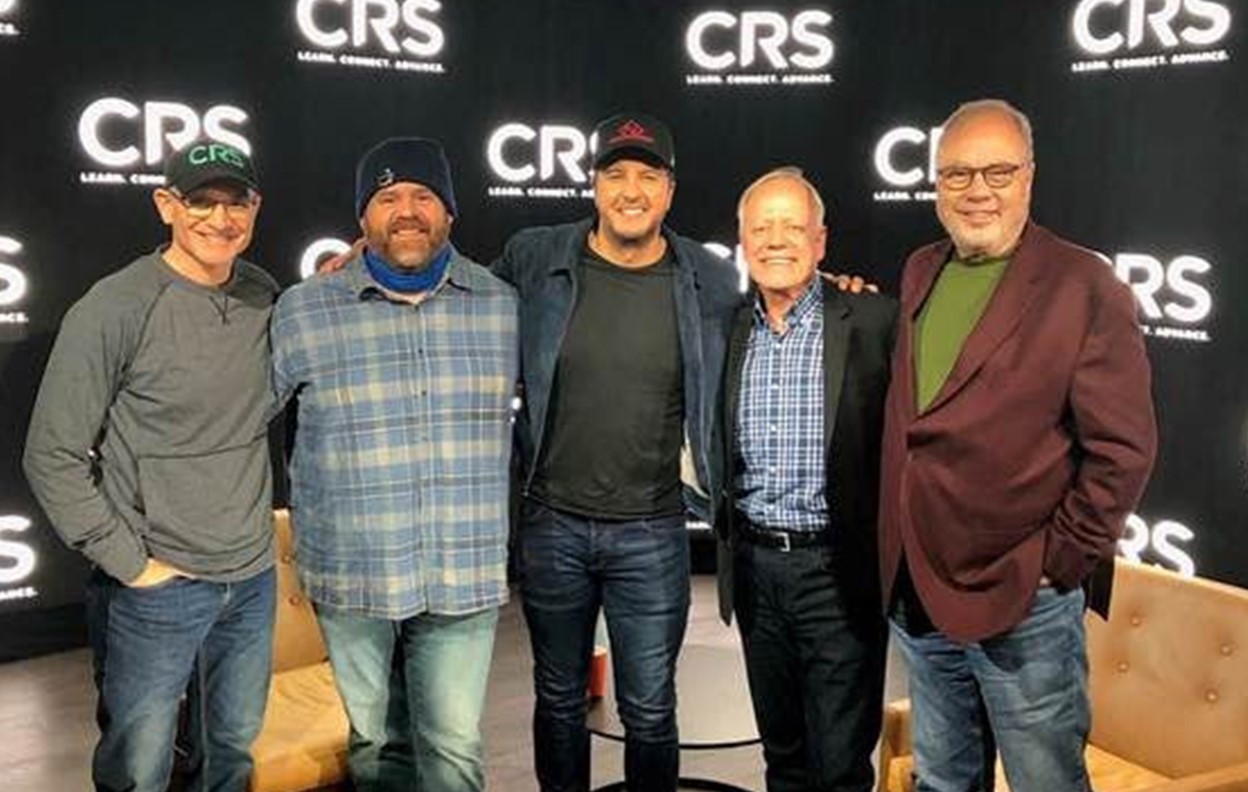 Country music superstar Luke Bryan has been named CRB 2021 Artist Humanitarian of the Year! More on the star's charitable causes...

Country music superstar Luke Bryan has been named Country Radio Broadcasters (CRB) 2021 Artist Humanitarian Award recipient. Luke was recognized with the honor during his appearance on the annual “CRS Artist Interview,” sponsored by BMI, during CRS 2021: The Virtual Experience.

CRS/CRB Board President Kurt Johnson commented, “Luke is a big star with a bigger heart. From his earliest days to as recently as Super Bowl LV, he’s leveraged his influence for good and helped songwriters, farmers, children, small businesses—people in so many different walks of life that Luke Bryan’s philanthropic work has touched. We’re so proud to honor him with this much-deserved award.”

CRB 2021 Artist Humanitarian of the Year

Luke is recognized for his charitable work with numerous organizations over the years, including ACM Lifting Lives, CMA Foundation, Make-A-Wish Foundation, Monroe Carell Jr. Children’s Hospital at Vanderbilt, Shriners Hospital, St. Jude, TJ Martell, and more. As well as his ongoing efforts with the Brett Boyer Foundation and Bayer’s #HeresToTheFarmer campaign through his annual Farm Tour.

The Brett Boyer Foundation is an organization that is very dear to Luke’s family, formed in honor of his late niece, Sadie Brett Boyer. Their mission is to raise awareness for Congenital Heart Disease (CHD) and fund research for advance treatment options. Luke and his wife Caroline established Brett’s Barn at their farm outside of Nashville as part of Caroline’s promise to buy Brett a pony someday. The barn is now the home of a growing species of animals.

Luke’s annual Farm Tours, launched in 2009, highlight and celebrate the contributions of America’s farmers. Every year a portion of the concert proceeds are donated as college scholarships for students of farming families where the tour is played. In 2015, Luke partnered with Farm Tour sponsor Bayer who launched the #HeresToTheFarmer campaign to support their hard work and help fight hunger throughout the country. Since its inception, the campaign has donated four million meals across the U.S. in addition to thousands of dollars to area food banks and local farmers in each of the Farm Tour cities.

When the pandemic hit in 2020, Luke’s philanthropic support continued. Last April, Luke performed as part of Verizon’s weekly streaming entertainment series in support of small businesses affected by COVID-19, Pay It Forward Live. The performances were streamed on Twitter @Verizon, Yahoo, Verizon’s Facebook page, Fios Channel 501, FOX NOW and iHeart. Viewers were encouraged to do what they could to support local businesses in their own communities by shopping online, buying gift cards to be used when businesses reopened or ordering a meal. Verizon also donated $10, up to $2.5 million, to support small businesses when the hashtag #PayitForwardLIVE was used.

In May 2020, Luke teamed up with BMI and radio broadcasting groups to help raise money for songwriters who have been affected by the novel coronavirus (COVID-19) pandemic. A Salute to the Songwriters aired on more than 100 radio stations nationwide. Proceeds went directly to the MusiCares COVID-19 Relief fund, created by BMI, ASCAP and SESAC.

Luke’s engagement with Verizon continued during Super Bowl LV as part of The Big Concert for Small Business. The concert was livestreamed on Yahoo, Fios, @Verizon on Twitter, Twitch, YouTube and TikTok and broadcast on BET, CBS Sports Network, CMT, MTV2 and MTV Live, as well as airing on iHeart and Sirius. Verizon made a multi-year commitment to bring one million small businesses forward by 2030 with resources to help them succeed in the digital economy and committing $10 million to small business support through the nonprofit Local Initiatives Support Corporation (LISC), focusing on business owners in historically underserved communities.

Congrats to Luke for being honored with CRB 2021 Artist Humanitarian of the Year! Share this news with other fans!