Lady Antebellum Given Angels Among Us Award by St. Jude Children’s Research Hospital 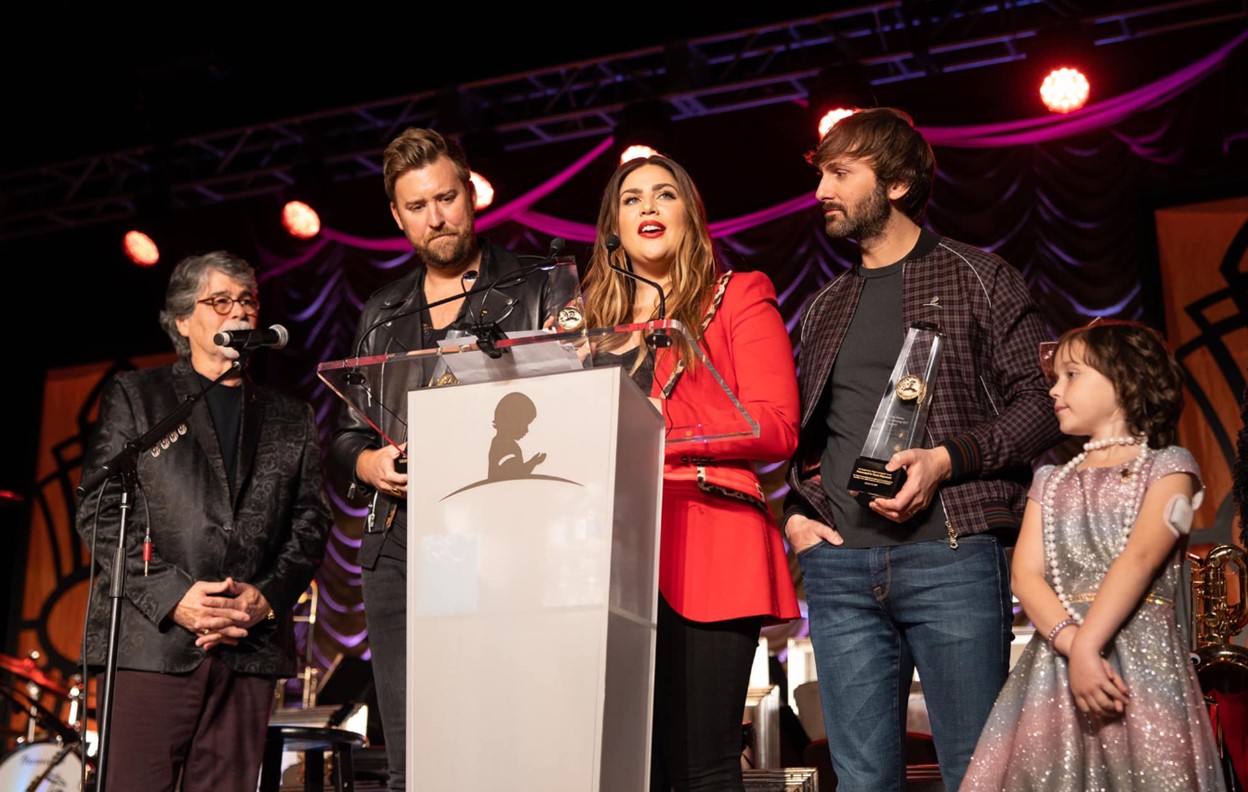 During the celebration of the 31st year of Country Cares for St. Jude Kids, St. Jude Children’s Research Hospital announced Lady Antebellum as the 2020 recipients of the prestigious Randy Owen Angels Among Us Award!

Recognizing individuals who have made exceptional and lasting contributions to St. Jude, the award was presented to Lady Antebellum last Friday (Jan. 18), by its namesake Alabama lead-singer Randy Owen and Richard Shadyac Jr., President and CEO of ALSAC, the fundraising and awareness organization for St. Jude Children’s Research Hospital.

Angels Among Us Award Presentation

As parents ourselves, being an ambassador for @StJude over the years has been one of the most gratifying experiences we've had in our career. We've been all around the country and have seen firsthand the important impact St. Jude has on children and families and the heartfelt community they've created. Receiving the Angels Among Us award is one of the highest honors and are so thankful to contribute even a tiny part in the amazing efforts made by St. Jude.

For over a decade, the country music group has supported the lifesaving mission of St. Jude. Over the years, the group has supported St. Jude in a multitude of ways, including raising funds and awareness for St. Jude through their own philanthropic organization LadyAID, performing in benefit concerts, participating in the This Shirt Saves Lives campaign, spending time with patients and more. Last year, they co-hosted the first St. Jude Presents: Curated event, convening industry members to raise more than $650,000 for the hospital.

“Using their voices and talent, Lady Antebellum has made such a powerful impact on the lives of children worldwide through their support of St. Jude,” said Shadyac. “The Angels Among Us Award signifies the heart, generosity and passion the group has continually shown St. Jude for the last decade, and Hillary, Charles and Dave are so deserving of this distinction as members of our St. Jude family.”

This recognition places Lady Antebellum among the ranks past recipients, including Jake Owen, Brad Paisley, John Rich, and Darius Rucker.

“As parents ourselves, being an ambassador for St. Jude over the years has been one of the most gratifying experiences we’ve had in our career,” Lady Antebellum’s Hillary Scott said. “We’ve been all around the country and have seen firsthand the important impact St. Jude has on children and families and the heartfelt community they’ve created. This is one of the highest honors we could receive and we are so thankful to contribute even a tiny part in the amazing efforts made by St. Jude.”

The evening included a donation of $50,000 to St. Jude from ACM Lifting Lives, the charitable arm of the Academy of Country Music, made in Lady Antebellum’s name as a surprise to the band for their work with the organization over the years.

Celebrating its 31st anniversary, Country Cares for St. Jude Kids is one of the most successful radio fundraising events in the country, with nearly 200 radio stations across the country participating to help support St. Jude and raising more than $850 million.

Congrats to Lady Antebellum on being honored with the Angels Among Us Award! Share this news with other fans.