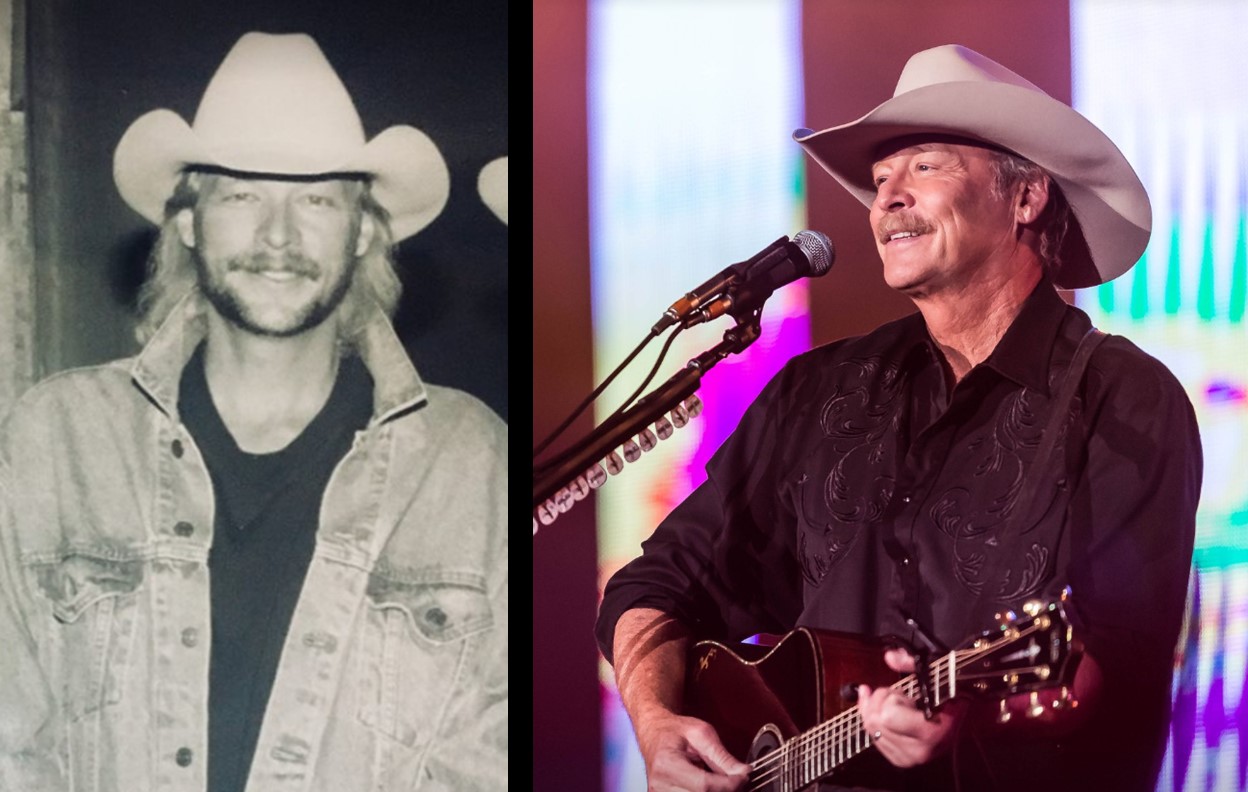 Alan Jackson's career in country music kicked off in a big way on June 26, 1989! More on the country music icon and his career, here!

On June 26, 1989, country music icon Alan Jackson’s career in country music truly began as he signed his first record deal. The scope of Alan Jackson’s career has been highlighted in recent years with his inductions to the Country Music Hall of Fame and to the Songwriters Hall of Fame. His contributions to music have, of course, also been celebrated by The Recording Academy (with multiple Grammy Award nominations and wins) and with membership in the Nashville Songwriters Hall of Fame and the Grand Ole Opry. The Academy of Country Music and the Country Music Association have saluted his work with over 150 nominations and 35 awards, including three CMA Entertainer of the Year trophies (one of only five artists in history to earn that many).

Monday June 26, 1989 George H. W. Bush was President. The price of gas was about $1.06. Batman starring Michael Keaton & Jack Nicholson was released. Roseanne Cash was at the top of the Country charts with the Beatles' remake "I Don't Want to Spoil the Party.” AND Country Music History was made…….. #OTD #KeepinItCountry

“When I came here, I wanted to carry on the tradition of real hard-core country music. And I’d like to stay that way,” Jackson said in the early days of his career. “It isn’t easy to keep your feet on the ground,” he added. “You get separated from working people, from real life. You know who the real fans are,” he explained. “They’re just good people, and that’s where I come from. They love music, and they don’t care about all this music business; they don’t understand all that. They just know if they like it or not. And what I intend to do is give ’em what they want – something real.”

As he celebrates 30 years in music, Jackson shows no signs of slowing down. He continues to tour, write, and record new music. He is also enjoying his newfound role as entrepreneur and an industry leader as the owner and creative force behind AJ’s Good Time Bar, one of the first – and the only solely-owned – artist-named honky-tonks in downtown Nashville.

#FBF to 1991 and one of the greatest honors a country artist can receive. #keepinitcountry #RoyAcuff

To begin the 30th anniversary celebration, a newly-produced documentary chronicling Jackson’s storied career is being released on DVD this week. Alan Jackson: Small Town Southern Man features rarely-seen performance and interview footage of Jackson, never-before-seen photos, and interviews with such peers as Carrie Underwood, Lee Ann Womack and Alison Krauss…along with industry leaders like his current label president, longtime producer and even the man who signed him to that record deal back in 1989.

In his hometown of Newnan, GA, a newly-created exhibit showcasing the locality’s favorite son has been unveiled and is now on display. The museum-quality display can be enjoyed by locals and visitors to the Coweta County Visitors Center located in the historic 1904 courthouse. A block away, a new mural also celebrates Newnan’s hometown boy – a two-story image of Jackson covers the side of a building at 11 North Court Square, commissioned by the city and created over the last several months.

Alan Jackson’s career being able to span three-decades is something most artists can only aspire to. Congrats to this country music star!