Alan Jackson and George Jones — A Keeping It Country Friendship 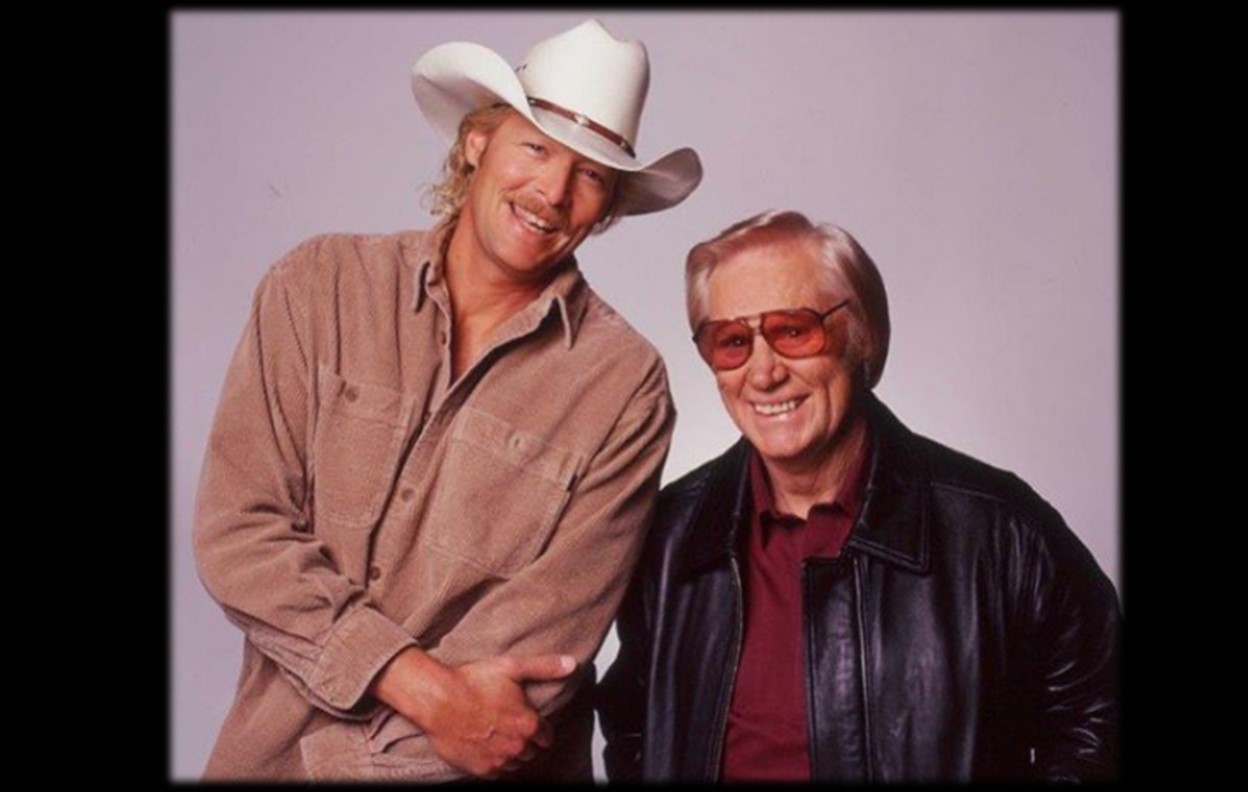 Even famous celebrities have role models, and one of the most popular friendships between country stars was the connection between Alan Jackson and George Jones.

Back in 1986, Alan Jackson covered one of George Jones’ songs, “He Stopped Loving Her Today,” for a television competition called You Can Be A Star. Although the show kick-started several musical careers such as Trisha Yearwood’s, Alan Jackson’s odds still were not good. If you know anything about Alan though it’s that he was never going to give up on his dream of becoming a country music star. Four years later, the Georgia native followed through when he dropped his debut album, Here In The Real World.

So how did George Jones inspire Alan Jackson? Shortly after releasing his first studio album, Alan Jackson had the honor of meeting the legendary star, and as anyone would do, Jackson lost his composure. The 32-year-old instantly asked his idol for an autograph to which George Jones happily obliged signing, “Keep it country, George Jones.” This simple act of kindness led to a lifelong friendship.

Just a year later, in 1991, Alan Jackson name dropped his new friend for the first time in his hit song “Don’t Rock The Jukebox.” In the late 1990’s, George Jones’ reputation began to fade as his voice was failing him more and more every year, but he earned a chance to perform a new single titled “Choices” at the CMA Awards in 1999.

Sadly, George Jones never played the hit at the award show because they would not allow him to play the entire song due to time restraints, but once again, Alan Jackson had his buddy’s back. During one of Jackson’s performances at the CMAs, he broke off and started playing “Choices” as a tribute to Jones.

Despite each pursuing their own country careers, their connection with each other continued to blossom. The friendship peaked in 2013, when 81-year-old George Jones begged Alan Jackson to perform with him during a November concert. However, it wasn’t just any concert. It was going to be Jones’ last-ever show. Of course Jackson happily agreed.

Unfortunately, George Jones passed away before the date of the performance, but that did not stop Alan Jackson from honoring him. At George Jones’ funeral, Jackson and George Strait performed the same song that jump-started Jackson’s career, “He Stopped Loving Her Today,” as another tribute to Jones.

Be sure to share this look back at with other Alan Jackson and George Jones fans!