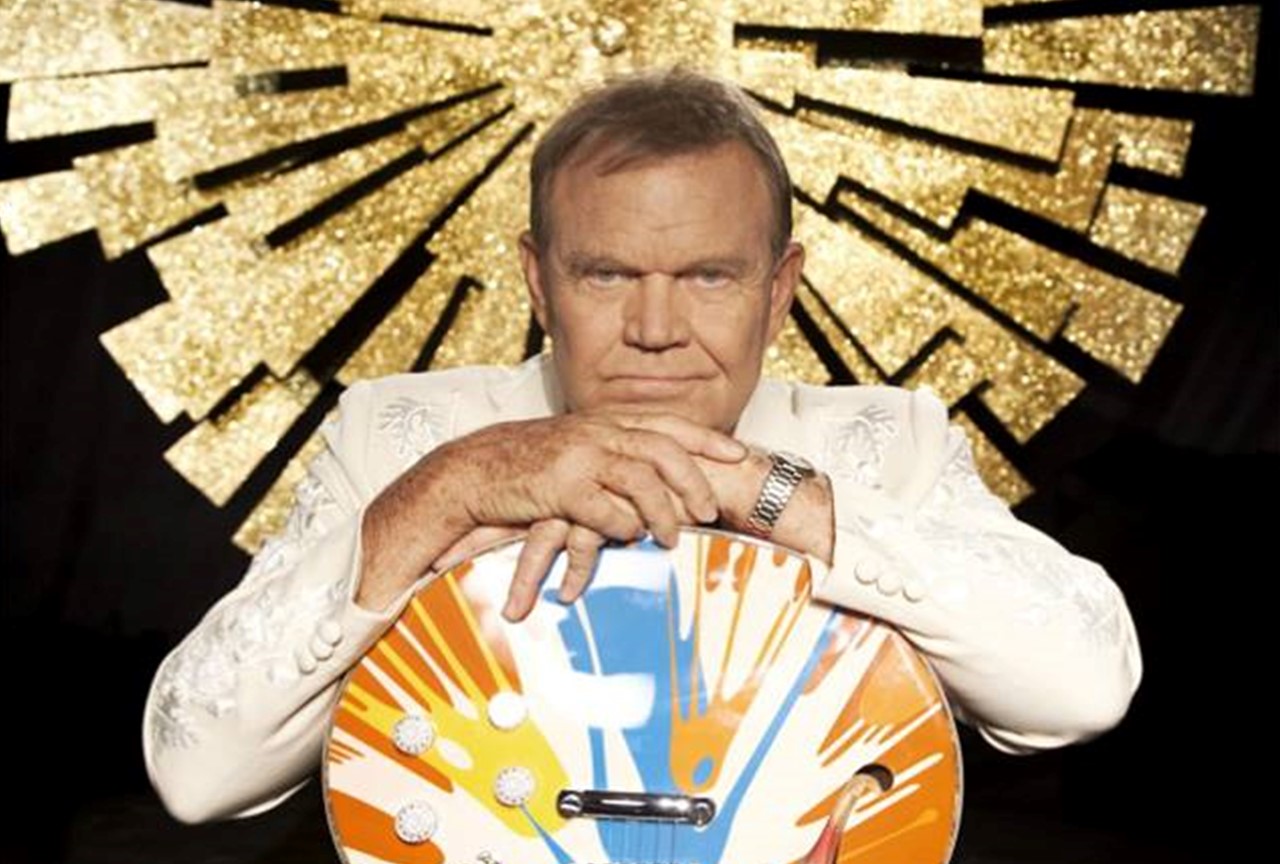 Enjoy this little collection of interesting Glen Campbell facts--- he's certainly one of the most influential country singers of the 1960's and 1970's.

Enjoy these quick facts about the late multi-talented artist below:

1. In the early 1980’s Campbell was engaged to country singer Tanya Tucker, who was more than 20 years younger than him. The two did multiple duets together, including “Shoulder to Shoulder” below.

2. Not only was Campbell successful with music, he co-starred alongside actor John Wayne in the 1969 western film “True Grit.”

3. Glen Campbell is a father to eight children, from four different marriages. His last wife was Kim Woolen, whom he married in 1982. Three of the children were excluded from his estate and are all from his marriage to his second wife, Billie Jean Nunley. That marriage ended in divorce in 1976.

5. In 2012, Campbell received a Lifetime Achievement Award at the Grammy Awards.

7.  Glen Campbell Cause of Death – In June of 2011, Campbell announced he had been diagnosed with Alzheimer’s disease.  Campbell died in Nashville, Tennessee, on August 8, 2017, at the age of 81.

8.  Prior Campbell Marriages – Campbell was married to Diane Kirk from 1955-1959.  This  marriage resulted in his eldest daughter, Debby. Campbell married Sarah Barg, in September 1976. The couple had one child named Dillon and divorced in 1980.  Campbell married Kim Woollen in 1982. They had three children together, Cal, Shannon, and Ashley.