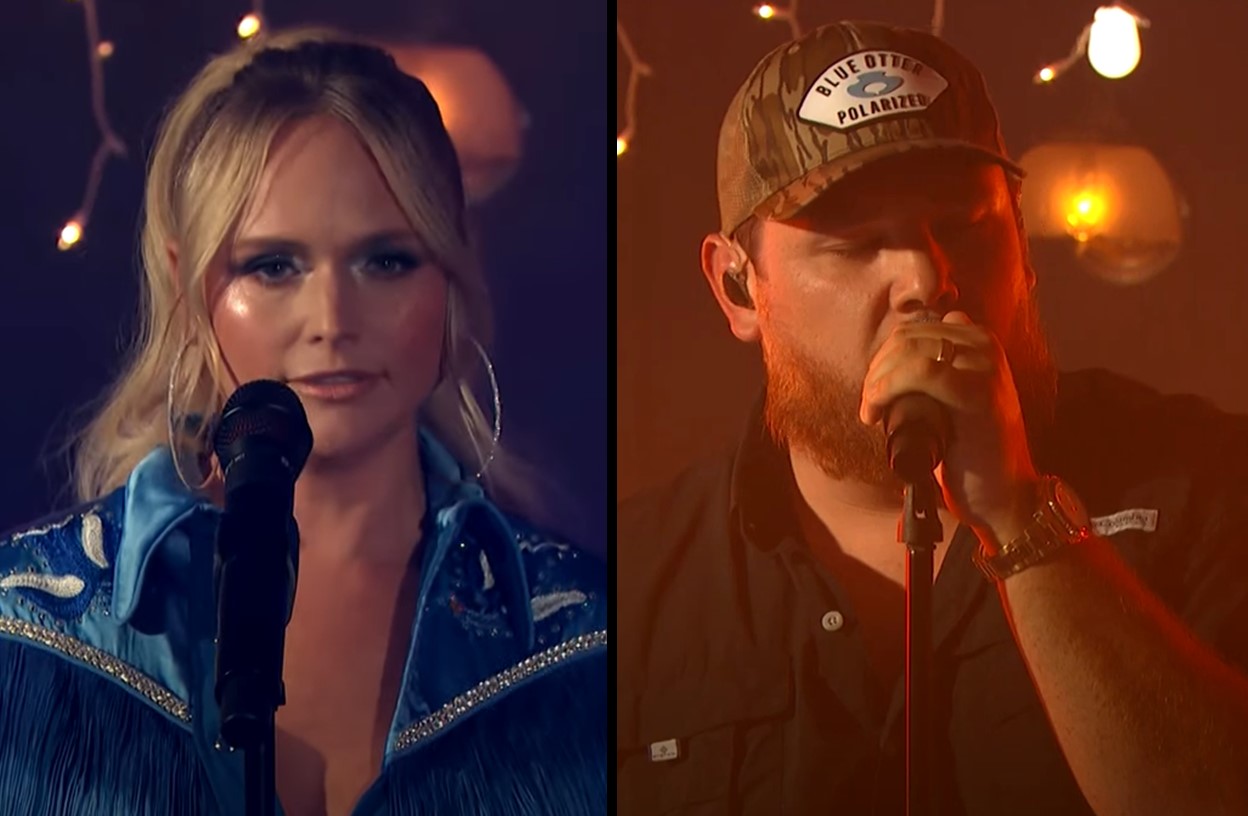 The awards show featured an all-star lineup of collaborations and memorable performances featuring 24 performances, including 41 hit songs. The awards telecast kicked off with Entertainer of the Year nominees performing a medley of each of their greatest hits. Luke Bryan performed “Rain Is A Good Thing,” Eric Church performed “Drink In My Hand,” Luke Combs performed “When It Rains It Pours,” Thomas Rhett performed “It Goes Like This” and Carrie Underwood performed “Before He Cheats.”

Global superstar and two-time ACM Entertainer of the Year, Taylor Swift, returned to the ACM Awards stage for the first time in seven years with a world premiere performance of “betty” off her record-breaking new album Folklore. Keith Urban performed the world television premiere of his new single, “One Too Many” with international pop icon P!NK, from Urban’s new album out Friday, Speed of Now. Mickey Guyton made her solo ACM Award performance debut with “What Are You Gonna Tell Her?” featuring surprise guest Urban on piano. Blake Shelton featuring Gwen Stefani performed their latest single “Happy Anywhere.” Eric Church opened his performance with “Ragged Old Flag” a poem read by Johnny Cash which led into his single “Stick That In Your Country Song.”

In celebration of the 95th anniversary of the Grand Ole Opry, newly crowned three-time ACM Entertainer of the Year winner, Carrie Underwood, honored trailblazing female Opry members by performing a medley of songs including Patsy Cline’s “Crazy,” Loretta Lynn’s “You Ain’t Woman Enough (To Take My Man),” Barbara Mandrell’s “I Was Country When Country Wasn’t Cool,” Martina McBride’s “A Broken Wing,” Reba McEntire’s “The Night the Lights Went Out In Georgia,” and Dolly Parton’s “Why’d You Come In Here Lookin’ Like That.”

Mickey Guyton “What Are You Gonna Tell Her?”

Kelsea Ballerini “hole in the bottle”

Maren Morris “To Hell & Back”

Share these 2020 ACM Awards performances with other country music fans!