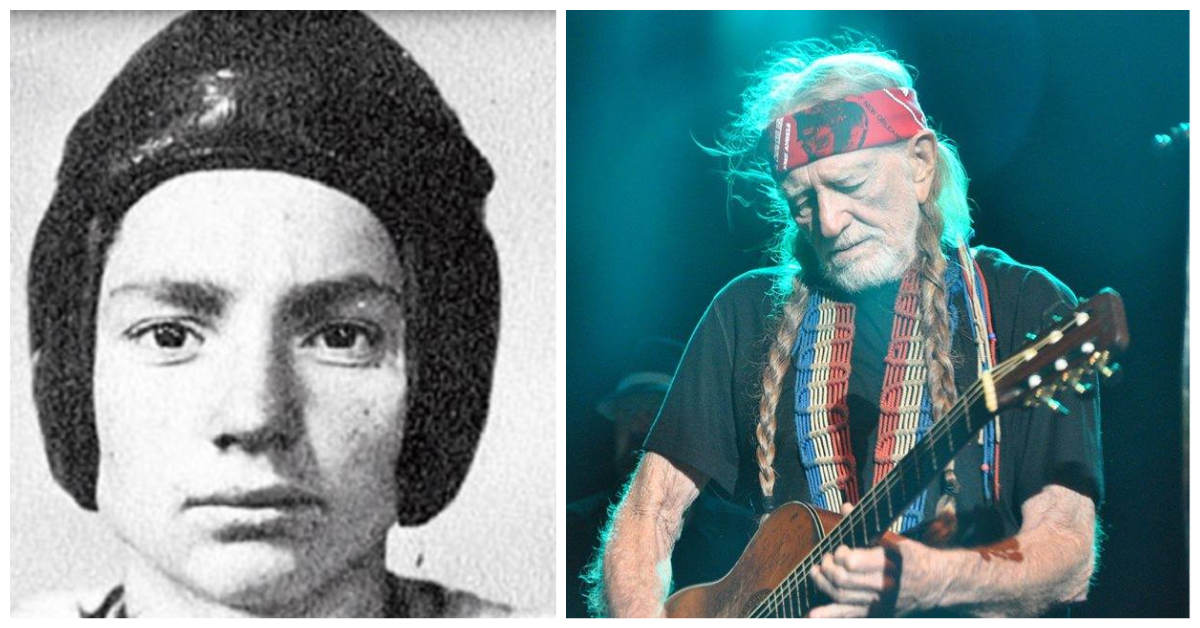 Here we taka a look at interesting Willie Nelson facts across his life, family and music career. . . .

These interesting Willie Nelson facts will test how much you know about this father, actor, and country music legend.

Willie has a piano playing older sister – Bobbie Lee Nelson was born January 1, 1931 and passed away on March 10, 2022.  She was an American pianist and singer and the older sister of Willie Nelson.  Bobbie was also a member of Willie’s band (Willie Nelson and Family). Their grandmother taught her to play keyboards and her grandfather bought her a piano at the age of 5 years old..  He debut album “Audiobiography” was released Sept. 25, 2007.

Willie and Annie met on a movie set – Annie met her future husband while she was working as a makeup artist on the set of the 1986 film Stagecoach. The movie also starred Kris Kristofferson and Johnny Cash.

Willie served in the Military – his time in the military was cut short to 9 months due to a back problem, but it led him to cross paths with Johnny Cash. Both Willie and Johnny served in the Air Force and trained at Lackland Air Force Base in San Antonio, Texas. His time in the service impacted him significantly and Willie continues to show his support for the troops.

Willie played sports in high school – Willie played football as a halfback in Texas for Abbott High School.  He also played basketball and baseball. Willie Nelson was in a Fraternity (Tau Kappa Epsilon) – Yes, this country star is on our list for past Greek life members! Back in the day Willie was a brother in the Tau Kappa Epsilon Fraternity at Baylor University. His time there was short lived, however, because as most know he went on to make some big top tracks!

Willie Nelson is also an accomplished actor – Willie made his acting debut alongside Jane Fonda and Robert Redford in 1979’s Electric Horseman.  He followed with roles appearing in everything from Honeysuckle Rose and Barbarosa to Wag the Dog and Austin Powers: The Spy Who Shagged Me and Stagecoach. He appeared in the Dukes of Hazzard remake, taking the role of Uncle Jessie.

The Willie Nelson On The Road Again song gained special honors – the original song was released August 7, 1980 and won a Grammy Award for Best Country song.  Several decades later, this tune was honored to be selected as one of the three songs to be featured in the “Forever Country Song” as a tribute to the 50th Annual CMA Awards.  In Forever Country, Thirty Country artists trade lines on three legendary Country Tunes including Dolly Parton’s “I Will Always Love You,” John Denver’s “Take Me Home, Country Roads” and Willie Nelson’s “On the Road Again”. Willie has interesting musical influences – Willie credits Hank Williams and Frank Sinatra as important influences on his music career.  “I learned a lot about phrasing listening to Frank Sinatra. He didn’t worry about behind the beat or in front of the beat, or whatever – he could sing it either way, and that’s the feel you have to have.” Nelson said.

Willie Nelson wrote the song “Crazy” – . Patsy Cline made “Crazy”  famous and Willie Nelson wrote it. However a persistent husband and record plugger are credited with getting it recorded.  Patsy’s husband heard Willie on a Jukebox and was the main person that pushed Patsy to record this Willie tune.

Remember to “share” these interesting Willie Nelson facts with other Country Music fans and subscribe to our CountryFancast Channel on YouTube for interesting country music news videos.