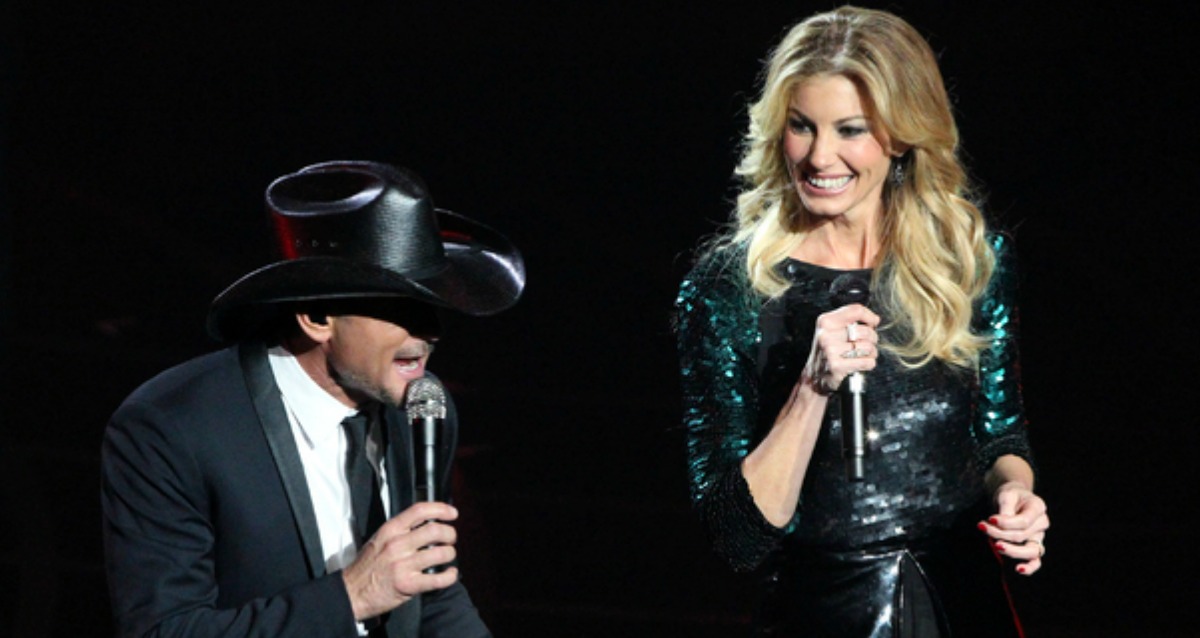 We all knew that Faith Hill could sing like an angel, but did you know she can also dance like the devil?

The one word that can describe Faith Hill’s recent dance moves is “FIERCE”. Watch out Beyonce and Shakira, country music darling Faith Hill can keep up with the great hip-shakers of the music industry!

Hill’s husband, country music singer Tim McGraw, was just as astonished at Hill’s moves as the rest of us were.

“Faith’s dance moves have been surprising me!” McGraw told Entertainment Weekly. “She’s bringing out the Beyonce on this tour!”

The now-famous moves were captured by a fan on Instagram attending one of the sixty-dates on Tim McGraw and Faith Hill’s Soul2Soul tour.

It’s clear to see above that Faith Hill has not lost any of her edge, she even threw in a hair flip!

This tour is the first time in 10 years that husband and wife country power couple Faith Hill and Tim Mcgraw hit the road on a world tour. The first 28 shows of the tour sold-out, proving that their fans were more than ready for them to get back out there after their Las Vegas residency at The Venetian.

The show format during the tour is a combination of Tim McGraw and Faith Hill singing their own solo-hits and also the two singing together on their famous duets.

The “It’s Your Love” singers decided to hand-pick their opening acts for the tour, giving up-and-coming artists like Midland a chance to expose themselves to a whole new fan base. They also decided to have new opening acts every weekend.

“We wanted somebody different every weekend, because it kept it fresh for us as much as anything, but you want people who have inspired you along the way somehow,” McGraw says.

The pair put a lot of thought into the artists that would be chosen for the amazing opportunity to open for them and there were a few factors that went into their decisions.

Watch Tim and Faith in their latest music video for their powerful song “Speak To A Girl” below!