Willie Nelson To Be Honored By Library of Congress 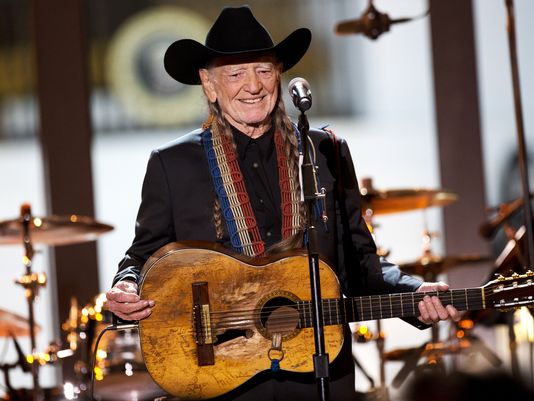 The legendary Willie Nelson was named on Thursday (July 9) as the 2015 recipient of the Gershwin Prize for Popular Song, joining the likes of Paul McCartney, Billy Joel and Carole King in one of the highest U.S. music honors.

The Library of Congress has announced Willie Nelson has been chosen as the next recipient of its Gershwin Prize for Popular Song. Nelson will receive the prize in November, when he’ll be celebrated over the course of a series of events in Washington. The prize honors a living music artist’s lifetime achievement in promoting song to enhance cultural understanding, entertaining and informing audiences, and inspiring new generations.

“Willie Nelson is a musical explorer, redrawing the boundaries of country music throughout his career,” Librarian of Congress James Billington said in a statement.

“A master communicator, the sincerity and universally appealing message of his lyrics place him in a category of his own while still remaining grounded in his country-music roots. His achievements as a songwriter and performer are legendary. Like America itself, he has absorbed and assimilated diverse stylistic influences into his stories and songs. He has helped make country music one of the most universally beloved forms of American artistic expression.”

Texas-born Nelson has recorded more than 60 albums, written songs such as “Crazy,” and appeared in more than 30 movies and TV shows.

His most recent album, a collaboration with Merle Haggard called “Django and Jimmie,” made its debut at No. 1 on the Billboard Country Album chart in June.

“It is an honor to be the next recipient of the Gershwin Prize. I appreciate it greatly,” Nelson said in a statement.