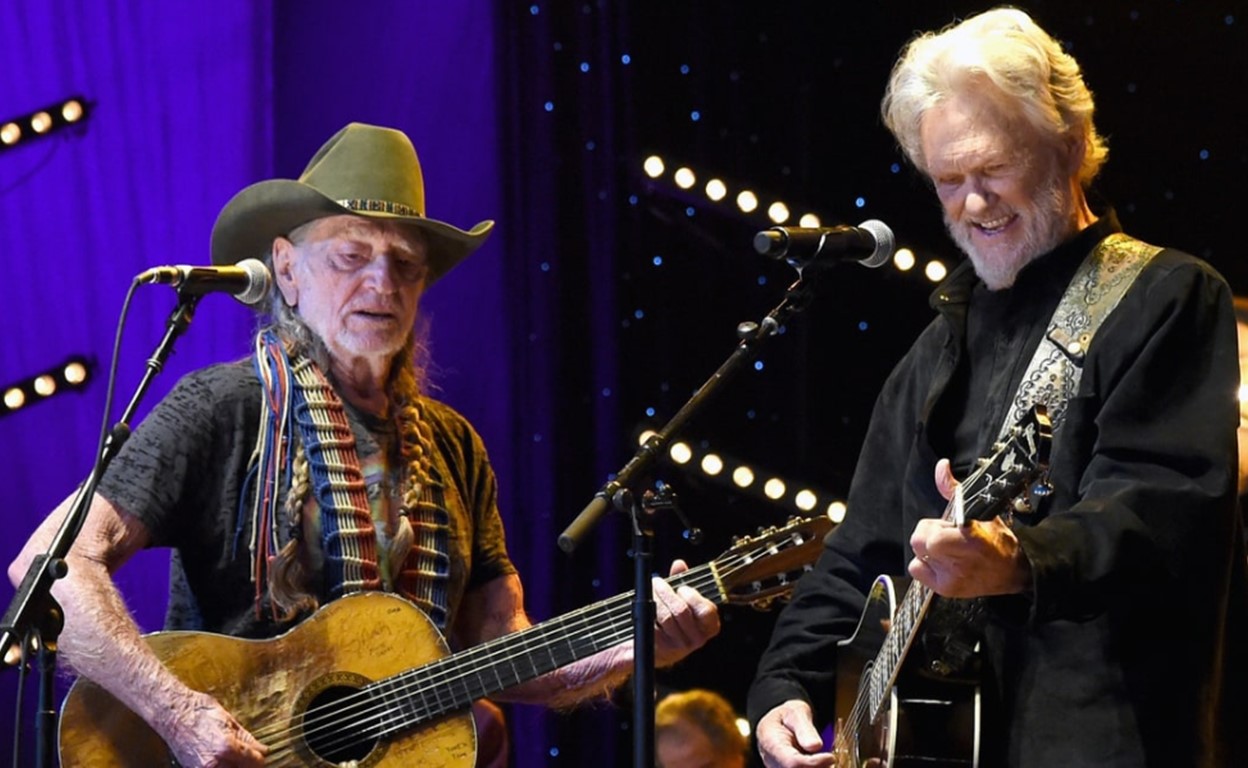 The Highwaymen alums Willie Nelson and Kris Kristofferson recently teamed up to pay tribute to their dear friend Johnny Cash through a new tune.

The Road Goes on Forever served as the last album The Highwaymen, a country music supergroup composed of Johnny Cash, Waylon Jennings, Kris Kristofferson and Willie Nelson, ever released. Unfortunately, Johnny Cash and Waylon Jennings passed away in the early 2000’s. However, Willie Nelson and Kris Kristofferson recently united to create a tune, “Forever/I Still Miss Someone,” for the forthcoming record Johnny Cash: Forever Words. The album is a compilation and celebration of dozens of poems written by Johnny Cash before his death. However, most of the letters were not found until after his death.

“My father, toward the end of his life…was dealing with the loss of my mother, and was very much alone,” says John Carter Cash, the co-producer of the album. “There was a folder of letters that my father had written for my mother, and within this folder, there were a few poems, many of them very sad. But right in the middle of them was this poem ‘Forever,’ that spoke of life continuing on. Even in the face of my father’s own mortality, he still saw the vision ahead for where his legacy would go.”

“If he’d have driven a train I still would have done it, because he was my dad,” John Carter continues. “I saw this beautiful statement of his whole life when I looked at those works. As I read a lot of them, I often heard music. I saw the possibility of the right artists finishing these, putting music to them. The ones that wound up on the record are things things that I believe he would have wanted to share.”

How fitting that the record kicks off with a performance from Willie Nelson and Kris Kristofferson, two of Johnny Cash’s favorite collaboration partners. Listen to the country legends talk about Cash and The Highwaymen below…

“I miss the music [and] the camaraderie,” Willie Nelson explained. “I miss us being together. We toured the world a couple times and had a heck of a lot of fun doing it.”

“He may be the most spiritual person I’ve known,” Kris Kristofferson explains, “because he was conscious of his own mortality and his own weaknesses, but used his life to raise the perception of other people into the infinite.”