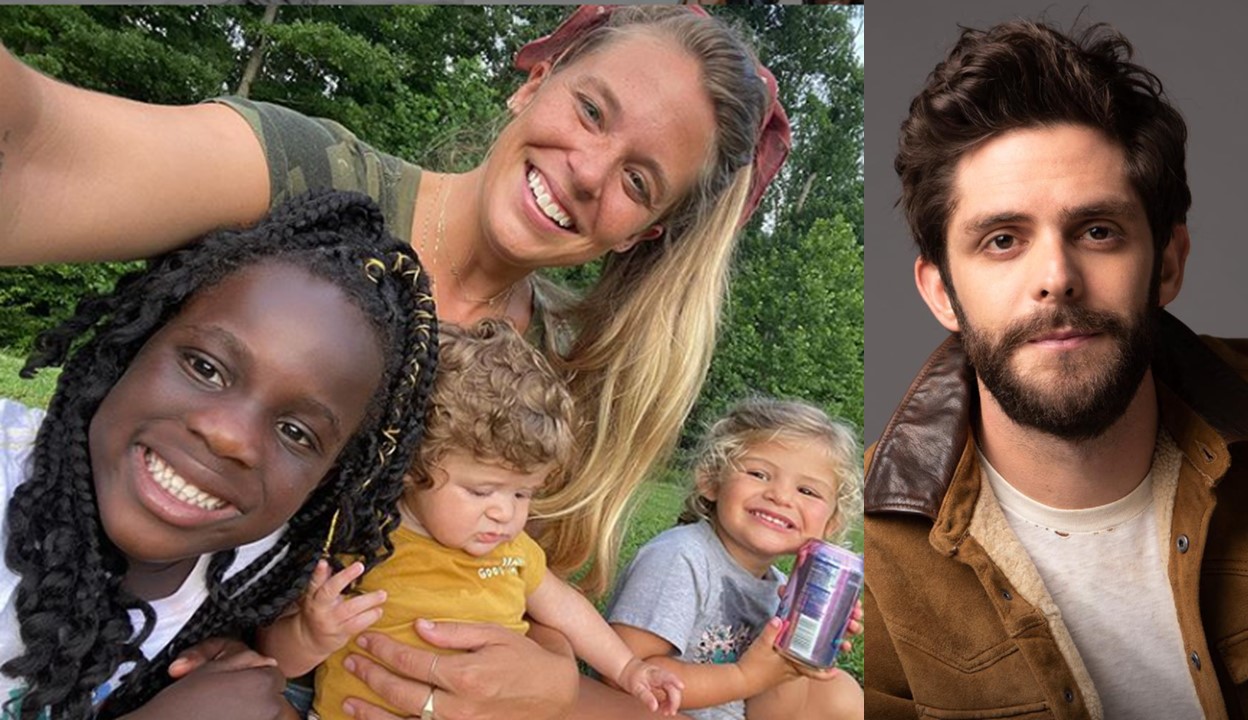 Thomas Rhett and wife Lauren Akins adopted daughter Willa Gray Akins from Uganda in 2017. Check out what the star shared about his hopes here!

Country music hit-maker Thomas Rhett and his wife Lauren Akins adopted their eldest daughter, Willa Gray Akins, from Uganda and brought her home to Tennessee in May 2017. The youngster quickly adjusted to her new surroundings, but Thomas and Lauren never want her to lose touch with her roots.

During a new interview with ET, the star shared how he and his wife are raising Willa to fully embrace herself while also having open conversations about their similarities and differences.

According to Rhett, the 4-year-old is aware that her family “looks a lot different” than other families.

It’s “something that we talk about really openly,” he shared. “I think me and Lauren’s main thing we want to get across is how proud we are and that we want her to grow up proud of herself and of her family… and to embrace who you are and to embrace your uniqueness and embrace your culture as well. That’s something we want to educate her on as long as she’s still in our household and even beyond that.”

A couple of days late, but we’ve been hiking mountains with the @acmawards entertainer of the year 😍😍 I could not be more proud of you @thomasrhettakins and your whole incredibly talented band, crew, management and the people who have cheered you on since day 1 who you couldn’t have done this without 🥰 life is so fun with y’all getting a front row seat to watch you live out your dreams 🎉✨

In addition to Willa Gray Akins, Rhett and Akins are also parents to 3-year-old Ada James and 7-month-old Lennon Love. The are working hard to teach their three daughters to lead with love and kindness, but to also fight for change.

“We just try to preach to our kids to shine your light everywhere you go and realize that the world is cruel, but that doesn’t mean that you have to be,” he explained. “We’re still dealing with it just like everybody else and we’re still trying to ask the right questions and educate ourselves as well.”

This one is really special for me 💕 A little look into our adoption story. Feels so long ago, and remembering all the ups and downs brings back SO many memories 😭 Also…this book is getting so reallllll 😳🙊 Just two days until release! I can’t wait to hang out with y’all and @radioamy this afternoon at our Live In Love virtual launch event. Visit LaurenAkins.com for more info and to pre-order your copy now ✨

Lauren first encountered Willa as an orphaned infant while doing humanitarian work in Africa and felt a special connection. After meeting the little one, the couple decided to pursue the challenging international adoption process in order to make her a permanent part of the family.

While Willa Gray is now living a very comfortable life alongside her little sisters, her parents want her to know exactly where she came from and connect to her origins.

“I hope that we can always, as she grows, incorporate things of her heritage. Music and dancing are so big in her culture,” Rhett observed in a past interview. “Thank goodness she came into my household because those are big things for us too.”

While Willa’s first few years of life were full of change and transitions, the country star wants his eldest to keep her feet firmly planted in both worlds.

“I hope that she can grow up and be super confident in the fact that she’s from there [Uganda] and not think of it as a bad thing. We always want to let her know where she came from, but also know that this [Nashville] is home,” the Georgia native expressed.

three little besties in a teepee 💗💗💗

With Thomas and Lauren’s guidance, we’re sure Willa Gray will embrace her roots and truly appreciate her personal story!

Share this closer look at Willa Gray Akins with other country music fans!