Will Hoge Weighs In on Confederate Flag Debate With New Song 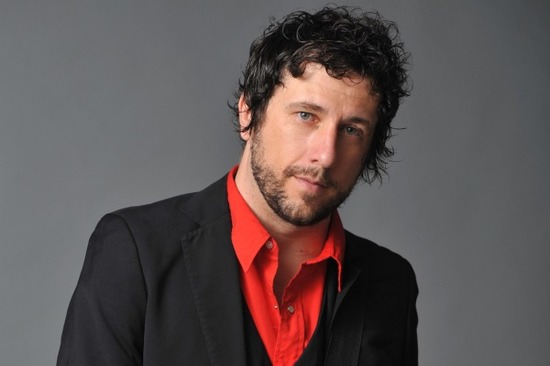 Will Hoge's "Still a Southern Man" is about southern pride and heritage without the use of the controversial flag.

There has been many strong feelings surrounding the Confederate flag because of recent events, and country music singer Will Hoge decided he needed to vent his feelings through his songwriting talent.

Hoge grew up in Franklin, Tennessee and at his high school football games, the Confederate flag would be flying because their mascot was “The Franklin Rebels”.

“It’s something I’ve been surrounded with for years,” Hoge tells Rolling Stone Country.

Hoge has not always had his current feelings about the flag. For most of his life he looked at the Confederate symbol as harmless and only representing civil war-era patriotism and an independent spirit.

“In my 17-year-old, innocent mind, it was exactly what I hear everybody saying now: It’s this sign of independence for a rebel, a guy who is willing to take a stand for something and be his own man,” Hoge explains.

“In that symbol, you wanted it to go hand in hand, and it did for me for a long time.”

Hoge, as did most flag supporters, changed his attitude after the horrific shootings in Charleston, South Carolina last month.

“There are a lot of Southern white kids who aren’t racist who see the rebel flag as being proud to be Southern,” Hoge says.

“And there are a lot of things to be proud of. But there are a few things on the ‘don’t be proud’ side. Put the flag over there.”

Hoge penned the song “Still a Southern Man”, which was recorded in Nashville’s historic RCA Studio A.

“There’s an old flag waving overhead / And I used to think it meant one thing,” Hoge sings. “Now I know it’s just a hammer driving nails in the coffin of a long-dead land.”

The lyrics are harsh, but that is what Hoge was going for. He wanted to wake fellow southerners up and make them see that the flag needs to be put to rest.

“I don’t want your stars ‘n’ bars / Or your blood on my damn hands / I’m looking away now, Dixie / ‘Cause I’ve seen all I can stand,” Hoge continues. “But I’m still a Southern man.”

Hoge knows that the song will not sit well with many of his fans. It is a chance that he thinks is worth taking.

“It’s not about taking the flag down in South Carolina or taking [the stars and bars] off the flag in Mississippi. It’s me telling my story in how I found my way in this,” he explains.

“If I have any hope for the song, it’s that there could be this 16-year-old Southern kid hearing it who has never been able to make sense of his place, and maybe it is something that can spur that.”

Other artists, including Charlie Daniels and John Rich, have also added their own voices into the debate for and against displaying the Confederate flag. Rich eloquently stated, “… if something’s bringing pain, or if something is bringing something that somebody uses for hate like that, I mean, I just don’t see the point of continuing to go forward with it.”

Listen to “Still A Southern Man” by Will Hoge