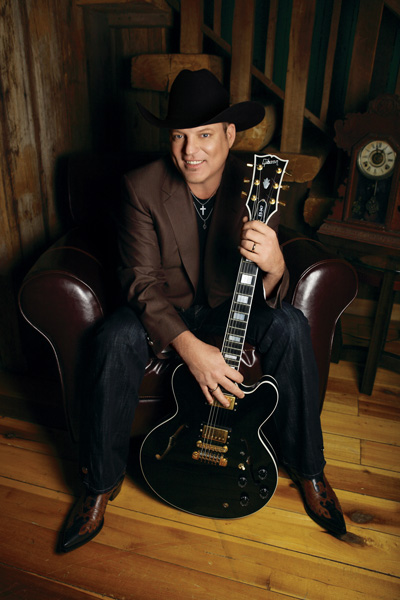 John Michael Montgomery has released a music video for his song "A Daddy's Prayer".

John Michael Montgomery is known for singing songs that pull on the heartstrings. The “Life’s a Dance” singer has now released a music video to go with the emotional tune “A Daddy’s Prayer” which he actually wrote and released over 15 years ago.

The song was originally written after the events of 9/11 for his children Madison and Walker, who were then 4 and 2 years old. Montgomery wanted to convey to them how he felt and also thought the world needed a song of hope and light in such dark times. He wanted his children to know how much he loved them and he wondered what kind of world they would grow up in if he were not around.

Now, in 2015, the world is still full of horrific events and makes the song relevant to people so many years later. Montgomery decided this Christmas season was the time to revamp the song with a music video, something he always wanted to do. The lyrics of the song ring true for people reflecting on 2015:

God, it’s safe to say it’s been a tough year/ The hardest one we’ve ever seen
The world has never cried so many tears/ Or had so many broken dreams

“I’ve been wanting to do a video on this song ever since I wrote it after 9/11, because its story line is about how our lives would be forever changed,” says Montgomery. “Little did I know 15 years later this song hits home as much as it did back then.”

“A Daddy’s Prayer” originally appeared on Montgomery’s holiday album Mr. Snowman, released in 2003. The music video for the song is full of messages of peace as Montgomery pleads to God that He is needed by everyone, including his small children. The video ends with a haunting “Jesus Loves Me” sung by a choir of children.

Watch the emotional video for “A Daddy’s Prayer” below!