WATCH the Amazing Cover of “Dixieland Delight” from Tim McGraw and Midland! 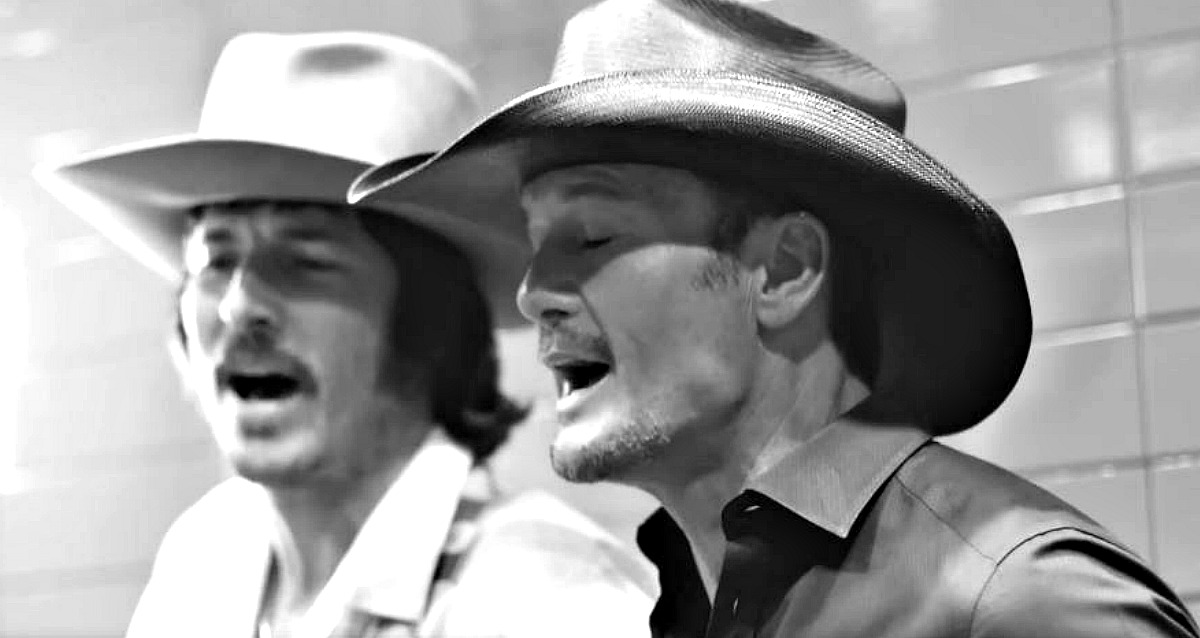 Tim Mcgraw and Faith Hill are currently on their Soul2Soul Tour and the country music power couple hand-picked up and coming bands to open for them while on the road. In most cases one band will join a tour, however Tim Mcgraw and Faith Hill wanted to share the love and give multiple bands the opportunity to build their fan bases. Ben Rector, Cam, Devin Dawson, High Valley, Lori McKenna, Eric Paslay, and the band Midland are among the lucky that get to open on the tour for Tim and Faith.

It was backstage on the night that Midland took the opening stage that this awesome video was recorded.

“Got to hang backstage with Midland at #Soul2SoulEdmonton and sang one of the best! – Alabama ‘Dixieland Delight,’” McGraw said on Facebook.

In the beginning of the black and white video you see the boys of Midland (Mark Wystrach, Jess Carson and Cameron Duddy) and McGraw gathered around in a circle with two guitars playing. McGraw has his hands in his pockets, probably because he didn’t know what to do with them without a guitar! :)

Once the breakdown of the song starts there is a fiddle that begins to play. The harmonies are on-point and we can only imagine what it sounded like in person. You can tell that the band is very excited to be singing with one of the great country musicians of their day.

“That one came together,” Midland lead singer Wystrach says at the end of the video. “That was the one.”

Got to hang backstage with Midland at #Soul2Soul Edmonton and sang one of the best! – Alabama "Dixieland Delight"

Midland will be heading back out on the road to open for a handful of other artists including Darius Rucker and Kenny Chesney. The band is in the beginning stages of their career and are well on their way to stardom of their own. Although they are trying not to think too far ahead in the future for now.

“Between (touring) and trying to get your domestic duties done when you’re home for maybe 17, 18 hours on a Sunday, there’s not really much time to see much further than a day or two ahead,” bassist Duddy said back in May.

We are sure they will have plenty of time to get it right!