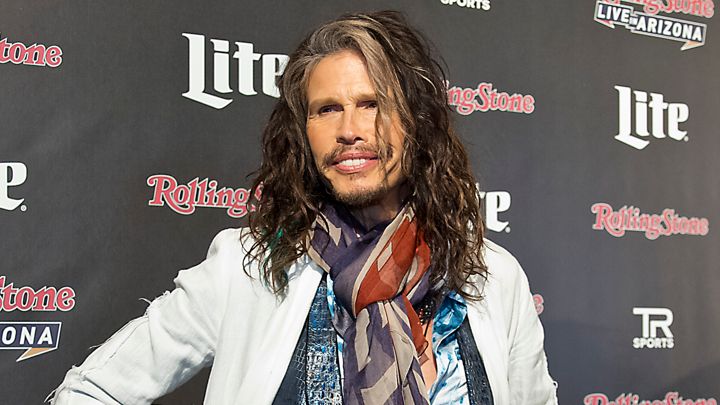 Steven Tyler fans and the country music world has been hearing for months that Tyler was planning on going country with his next release and this morning (July 3rd) he sent out his video for his country music debut.

Tyler’s “Love Is Your Name” has a country sound but with a Steven Tyler twist, much to the delight of his loyal fan base.

The video begins with the signature mic stand with a scarf tied around it, making Tyler’s presence known right away. The “Love Is Your Name” video seems to be a glimpse into a hippie commune complete with drum circles and carefree dancing. While the song is a detour from Tyler’s normal rock efforts, it is still uniquely his and captures the magic that his fans come back again and again for.

“My inspiration for “Love Is Your Name” came when I was invited to the Bluebird Cafe with Marti Frederiksen, who I wrote “Jaded” with, to perform that song and another little ditty I wrote called “Dream On” on the piano, and after we were done, this beautiful young lady sat down and did a song called “Love Is Your Name,”” he explains.

“Well, I fell in love with it that night, and a guy comes up to the table, introduced himself as Scott Borchetta, said he had this big label in Nashville. And I said, ‘You know, that’s been on the back burner of mine for years, is to do a country record.’ So I joined up with him, and the rest is gonna be history.”

Though Tyler admits that his band Aerosmith isn’t exactly happy about his turn to country, he’s adamant that he won’t be leaving the band to become a full-fledged country singer.

“This is a side project, which has now turned into a love of life,” Tyler says. “I think we got something here that the radio would love to play. Look, that’s why I’m in it. I love to take the f–ing power to wow to the 100th degree. It’s just what I do.