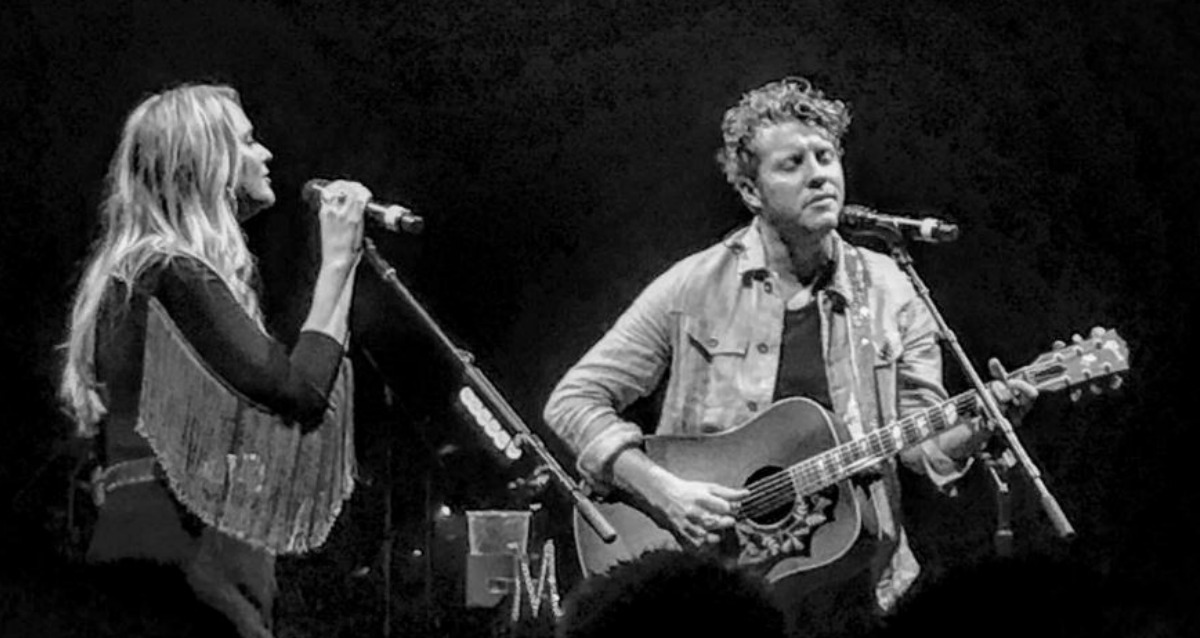 At a show this past Wednesday (Aug. 23) in London, Anderson East joined Miranda Lambert onstage to sing the song “Getaway Driver.”

Fans at Miranda Lambert’s show at London’s Apollo Hammersmith venue got to witness something pretty special: Lambert and her boyfriend Anderson East on stage together for a duet version of her song “Getaway Driver”. Lambert and East wrote the song together, along with Natalie Hemby, for Lambert’s most recent double album The Weight of These Wings.

The lyrics give fans an inside look to the love that has only strengthened over the time that Lambert and East have been together. They talk of a love that is wild and at the same time safe.

Lambert asked her band to leave the stage so she and East could share their special chemistry with their fans. The couple’s voices blended perfectly together, with East also being a singer/songwriter in his own right.

According to Entertainment Focus in London, Lambert’s show also included “Fastest Girl in Town,” “We Should Be Friends,” “Vice,” “Ugly Lights,” “The House That Built Me” and more fan favorites, as well as a cover of Rodney Crowell‘s “I Ain’t Livin’ Long Like This.”

You can see the performance from the love birds below!

"She treats my heart like a stolen car, all the while she's got the keys" – #MirandaLambert #AndersonEast #GetawayDriver ❤️🎶 tonight in #London

Lambert also posted on Instagram about the lovely experience.

London, England! Thank you so much. What an amazing night. And I got to sing a song with my 💗 @andersoneast #getawaydriver 📷@blusanders #myfriendblu

This wasn’t the first time the couple have performed on stage together, they often join each other on tour and on stage to delight their audiences. On Valentine’s day of last year, Lambert joined East on stage at his show and they covered Mariah Carey‘s “Always Be My Baby.”

It doesn’t get more adorable than that!

Lambert is currently on her 2017 Highway Vagabond Tour that has taken her all over the world including England, Ireland, Canada, and Alaska most recently. She will take a quick break in October and then be back at it in Florida on October 21st.