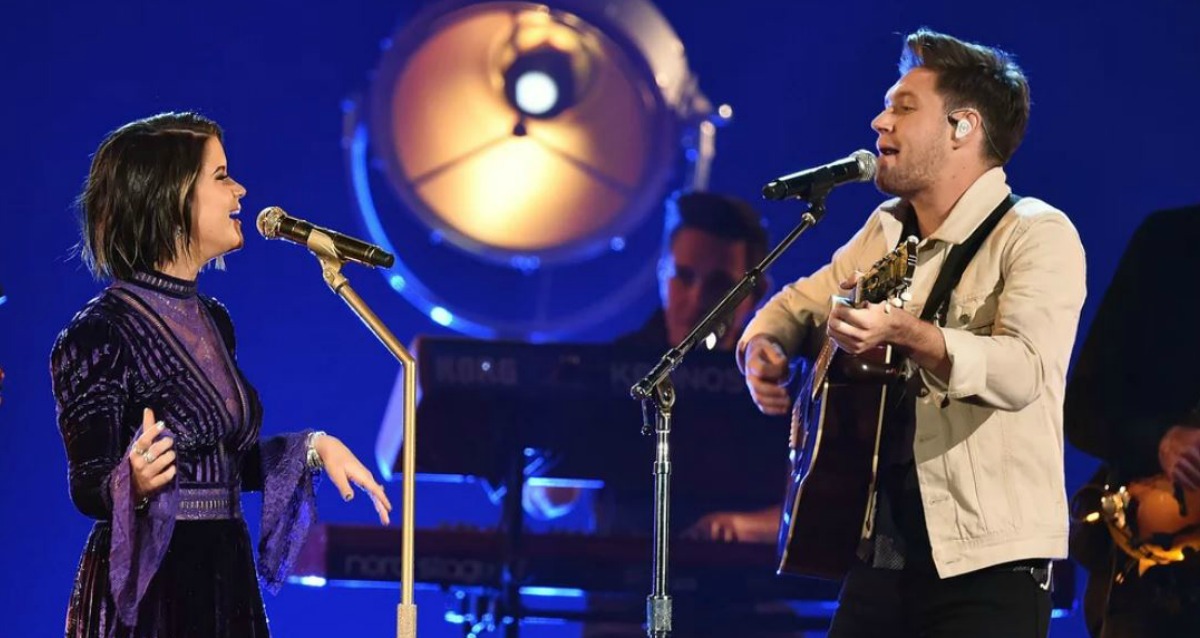 Watch one of the performances by Maren Morris everyone is talking about from this past CMA Awards, a truly beautiful duet with Irish-singer Niall Horan.

In Maren Morris’ own words it was a #IrishCountryExplosion when former One Direction member Niall Horan and Morris joined forces on stage to single Horan’s current solo single “Seeing Blind” together at this past CMA Awards. The performance was magical as Morris started off singing her hit song “I Could Use a Love Song” then, with Horan on guitar, launched into “Seeing Blind”.

You may be asking what a former pop-group member was doing at the Country Music Awards, well as we have seen time and time again, country music goes well with just about any genre! Especially when the artist has some Irish roots.

“I love [country] … being Irish, our music is traditionally based,” Horan said. “I happened to write a song with a bit of a country feel, and Maren jumped on. I’m glad that the country people have been very nice to me, inviting me and Maren to perform.”

Morris wore a beautiful purple gown for the performance, no doubt styled by her new modeling agency Wilhelmina Models.

Morris was extremely happy to work with Horan, even taking it on herself to “welcome” him into the country music family.

Yeah I totally stole this from your insta, @niallhoran . You are a gem and one of the most down to earth human beings I’ve met. I hope you loved Nashville because it certainly loved you after last night! Welcome to the country family, brother! :) “It’s my job.” 😂

“Niall is equally excited — he’s never been to the CMA Awards,” she continued. “We just want to put on the best show, and it’s such a fun upbeat song, so I think we’re gonna blow it out that night.”

“I’m ushering him into country music,” she said. “He’s from One Direction but he’s like this Irish songwriter and he’s got this country vibe, almost a Mumford [and Sons] feel. It’s very cool.”

The already Grammy winner found out she is nominated AGAIN this year and couldn’t be more excited about it.

“Got off a long flight to find out ‘I Could Use a Love Song’ is nominated for a freaking Grammy!” Morris said on her Twitter account. “I can’t process that HERO has had this presence both years now, so I’m incredibly thankful & shocked. Congratulations to all of my friends for their nominations as well!”

We wish her all the luck in January when the 60th Annual Grammy Awards will take place!

Till then, check out the duet between Maren Morris and Niall Horan below: