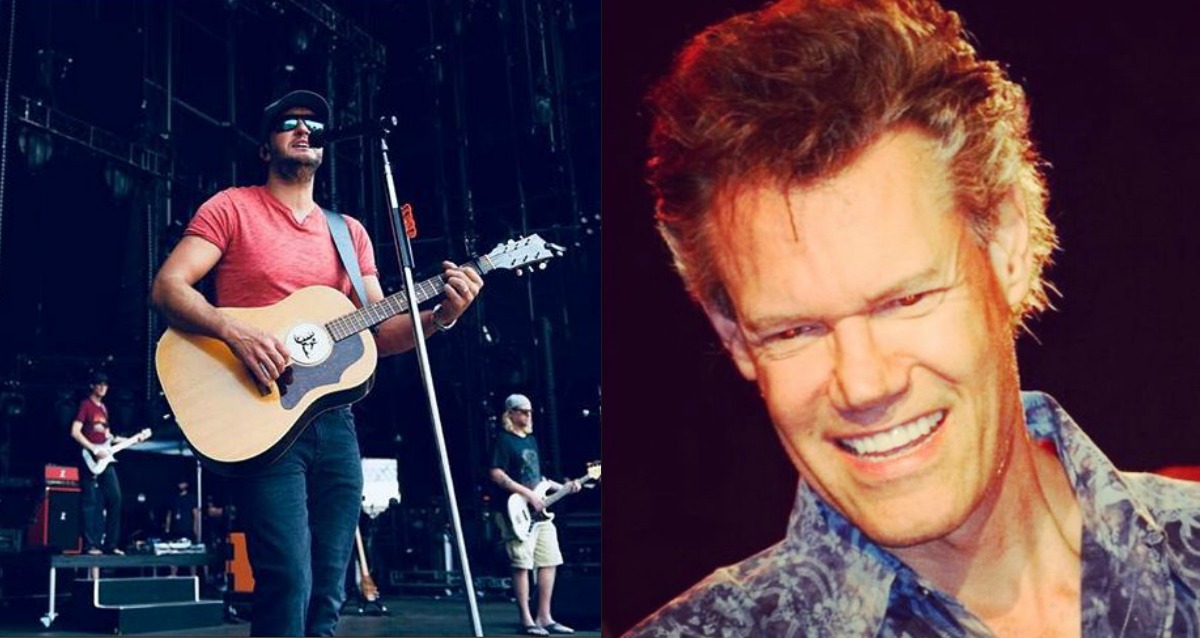 CMA Fest is a huge party that takes place every year in Nashville, TN. which includes performances from anyone who’s anyone in country music. This year was no different as it included Luke Bryan, Dierks Bentley, Carrie Underwood and many, many more on the Nissan Stadium stage (which is just one of four stages).

During Luke Bryan’s set the “Most People Are Good” singer happen to look out into the massive crowd and see none other than the country music legend Randy Travis sitting in the very front row. Travis has not performed that often since suffering from a stroke in 2013, but the singer has been known to support his favorite artists by attending their performances.

SO great that Luke included #RandyTravis and his songs! ❤️👍🏻👏🏻#cmafest2018 #countrymusic #nashville

“I’ve been wanting to sing to you for a long time, buddy,” Bryan said to Travis from the stage. “That was unrehearsed; I didn’t know you were going to be here, but I hope you enjoy it. I love you.”

“We might just need to make it a Randy Travis hour. How much time do we have?” Bryan jokingly asked before starting on a Travis song titled “Digging Up Bones” which you can watch below:

In addition to amazing live performances, the CMA Fest promotes charity with all proceeds from CMA Fest tickets being used to drive the CMA Foundation’s mission of enriching and sustaining music education programs. Many artists are also presented awards, such as the inaugural Cracker Barrel Country Legend Award which was presented to Randy Travis, an honor given to country musicians with over 30 years in the business including past partnerships with Cracker Barrel’s music program. The famous country store and restaurant also donated $5,000 to the CMA foundation in Travis’ name.

This year the CMA Fest drew record crowds, according to a news release, it was the largest engagement by country music fans in the event’s history from visitors from all 50 states, Puerto Rico and 36 international countries.