Voting for the CMT Awards ends June 7th!! Make Sure to Support Your Favorite Artist! 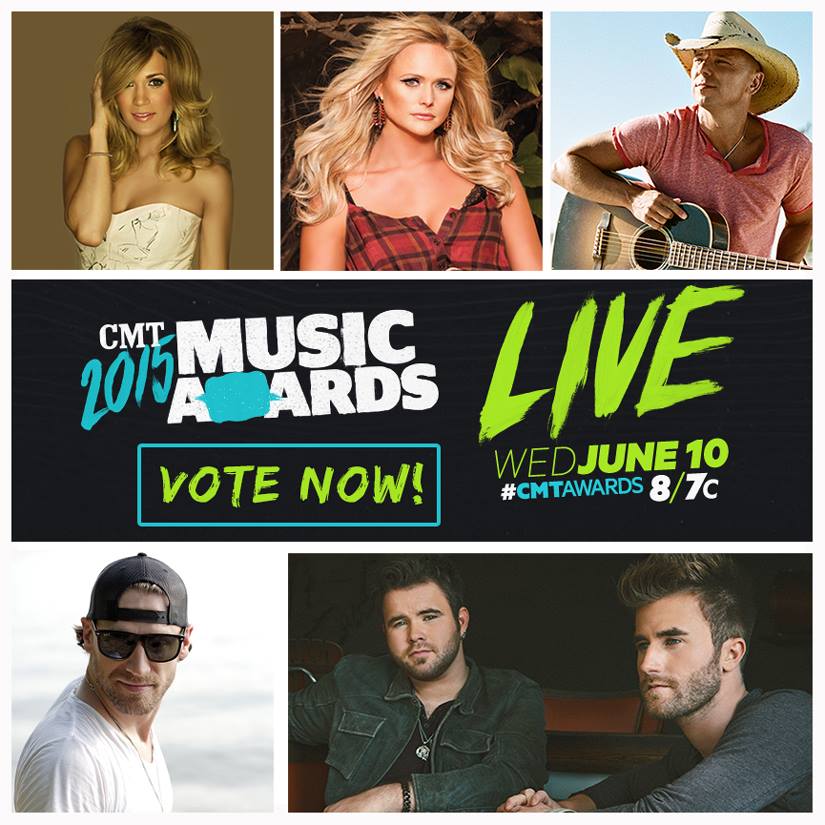 Fans can vote for their favorite artists on the CMT Awards!!

Earlier this month CMT revealed nominations for their awards, which includes more than 45 nominated artists/groups. Carrie Underwood is the frontrunner with five awards nominations. Kenny Chesney follows with an impressive four nominations.

To celebrate the upcoming performances, CMT will be airing nominee videos during morning music hours, while CMT Pure, CMT’s 24-hour music channel, will feature nomination blocks by category throughout the day. In addition, CMT Radio will feature performer interviews on both CMT After Midnite and CMT Radio Live.

Dancing With the Stars co-host Erin Andrews and Pitch Perfect star Brittany Snow will co-host the show that has become known as the loudest night in country music.